No composer has changed the course of music quite like Beethoven, but unlike, say, Bach or Mozart, his immediate family, though undoubtedly musical, was not especially distinguished. True, his grandfather had moved to Bonn, plucked from his home in Belgium to become Kappelmeister to the Archbishop-Elector of Cologne. But his father Johann had fallen down the pecking order, earning a modest living as a tenor and making a little on the side by giving keyboard and violin lessons. By the time Ludwig was baptized on December 17, 1770 (his exact date of birth is unknown), grandfather Beethoven had only three years to live, but Johann knew talent when he smelled it and was determined to promote his prodigiously talented son as the next Mozart.

The boy had a tough upbringing and a rough series of teachers, but he learned music from the ground up and was soon earning his keep as a keyboard player and court musician. With his mother’s death in 1787 and his father following in 1792, there was nothing to hold the ambitious Ludwig whose move to Vienna, a brief period of study with Haydn, and a series of well-received published scores of chamber music set him up as one to watch.

Works like the First Symphony and the six early string quartets proved him a worthy heir to the Classical masters, but with each work that followed Beethoven developed the traditional genres, fast gaining recognition as a farsighted genius. Offsetting that was a reputation for parsimony, sharp commercial dealings and temperamental misanthrope, conditions exacerbated once his hearing began to deteriorate in the early 1800s. Despite a string of masterpieces, the more advanced the work, the less money the seemed to make him, and Beethoven increasingly came to rely on patronage and charity to keep the wolf from the door.

A turbulent, unfruitful love life and bad relations with his brothers who had followed him to Vienna resulted in regular outbursts of emotional volatility, and only his art and a commitment to his nephew Karl (who he hoped to make his heir) kept him going. His health had always been wretched, but by the time he died on March 26, 1827, his international standing as the greatest musician of his age was assured, while the legends that sprang up concerning his turbulent life have provided biographers with fodder for centuries.

Beethoven composed in all musical genres, redefining the piano sonata, the string quartet, and the symphony in particular. While not short of enthusiasm, opera the only area where success eluded him (his early effort, Leonore, about a faithful woman who rescues her husband, a political prisoner, was reworked as Fidelio, but neither version was a hit in Beethoven’s lifetime).

As a gifted pianist, Beethoven’s works for solo piano are immaculately crafted. Of his 32 piano sonatas, many quickly entered the repertoire earning nicknames – few of them the composer’s – like the Pathétique, the Moonlight, the Tempest, the Pastoral, the Hunt, Les Adieux, and the mighty Hammerklavier. His Diabelli Variations, an hour-long work on a trivial tune by a minor Austrian composer is a maverick masterpiece.

The string quartets range from the six Classically-inspired early quartets, through the ambitious and artiscially mold-braking set of three Razumovsky Quartets (commissioned by the Russian ambassador to Vienna) and the five visionary late quartets, works once considered the work of a madman but recognised as pinnacles of the form.

Advancing work by work, the symphonies were equally revolutionary starting with No 3, the Eroica, whose dedication to Beethoven’s one-time Republican hero Napoleon was famously scratched out. The epic Fifth with its iconic da-da-da-dum opening, the Pastoral – the first modern symphony to be recognised as “programmatic” (in this case depicting events in nature) – and the titanic Ninth with its ground-breaking choral finale were game-changers. Many works, like the gigantic Missa Solemnis, added to the composer’s contemporary reputation for writing music that was unperformable. Modern ears know different.

Despairing of his encroaching deafness, in 1802 Beethoven retreated to the village of Heiligenstadt where he penned The Heiligenstadt Testament, a letter to his brothers Carl and Johann but one he kept hidden until his death. A mixture of artistic credo and emotional outpouring, ultimately it conveys the composer’s determination to carry on and fulfil his artistic destiny.

Perhaps Beethoven’s greatest concert took place in December 1808 and featured the premieres of his Fifth and Sixth Symphonies, the Fourth Piano Concerto and the Choral Fantasy. Lasting over four hours, the event took place in a freezing cold hall. Fellow composer Johann Friedrich Reichardt, described it as confirming the maxim “that one may easily have too much of a good thing, still more of a powerful one.”

From 1818 until his death Beethoven used 139 blank booklets in which acquaintances jotted down their sides of conversations, while he answered aloud. Tantalisingly we therefore know al lot of what Beethoven was asked, but little about what he said.

After his nephew Karl’s attempted suicide, in the autumn of 1826 Beethoven accepted an invitation for a recuperative stay at his brother’s estate at Gneixendorf, a two-day journey from Vienna. One December day, the composer quarrelled with his brother and took the only available vehicle home: an open milk cart. Arriving chilled to the bone, Beethoven took to his bed and never left his apartment again.

As Beethoven lay either dying or dead, many visitors snipped off locks of his hair as keepsakes. After a journey across time and continents, one such trophy taken by the composer Ferdinand Hiller has provided fascinating forensic evidence for the causes of Beethoven’s famously bad health.

Many fine composers found themselves overshadowed by Beethoven, but three worth seeking out are Carl Czerny and Ferdinand Ries (for their symphonies and piano concertos) and Johann Nepomuk Hummel for his chamber music.

If you want weightier traditional orchestras try Barenboim, Harnoncourt, Klemperer or Bernstein. But if you want performances that crackle with the shock of the new, Gardiner is unbeatable.

Hot off the press (2019), Brautigam’s performances on fortepiano spring to vivid life. If historical instruments are not your thing, maybe try Lupu, Perahia, or Lewis.

They may not be new, but for sheer poetry Arrau’s is a set you need. HIP fans, meanwhile, should check out Brautigam’s solo set on BIS.

It’s a toss up between Bernstein (with Janowitz and Kollo) or Abbado (with Stemme and Kaufmann), but Klemperer’s 1962 set still deserves its place in any collection. 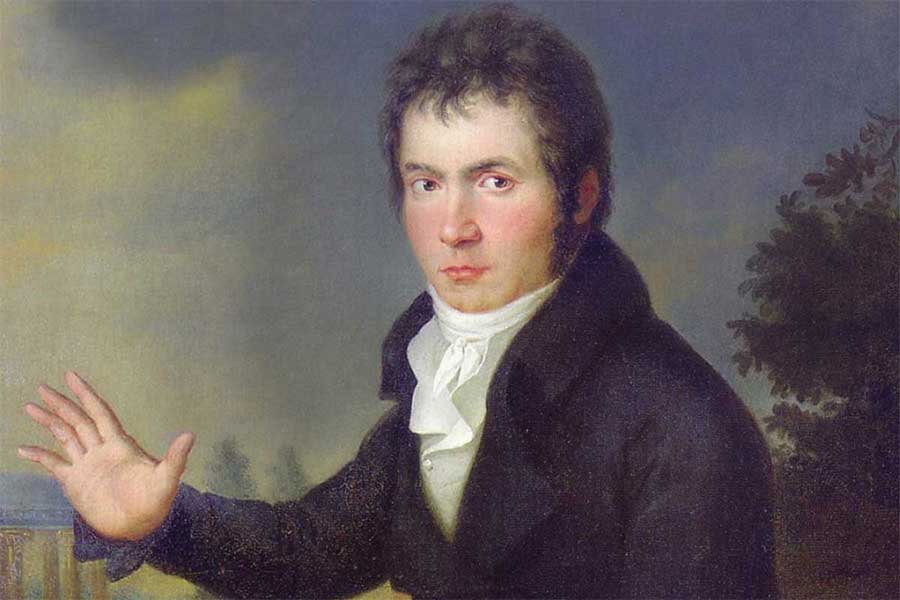 Beethoven completed just one opera, but even that proved a tortuous effort. So was writing for the stage where the great composer met his match? 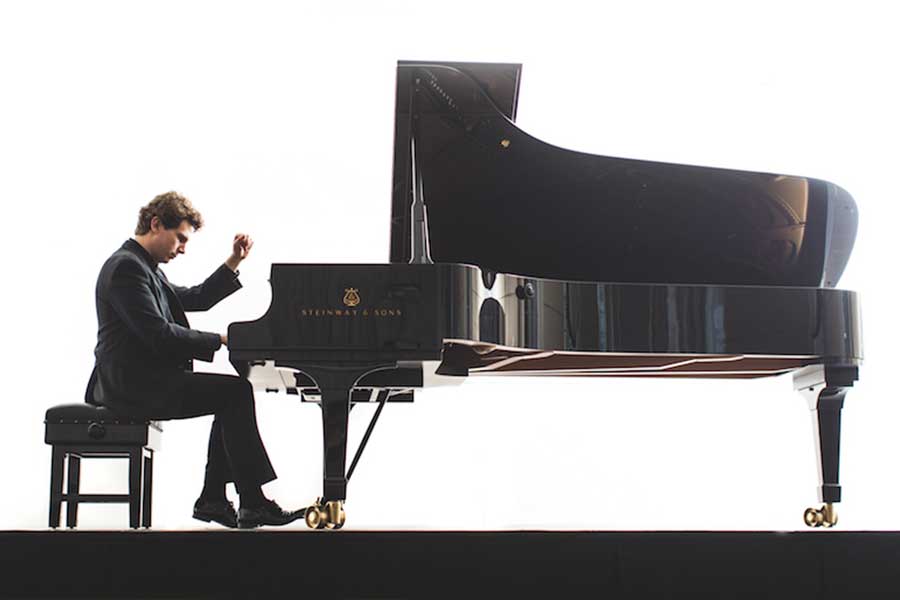 Set to play Beethoven’s five piano concertos in June, Gillham talks about how the composer is at the centre of his musical existence. 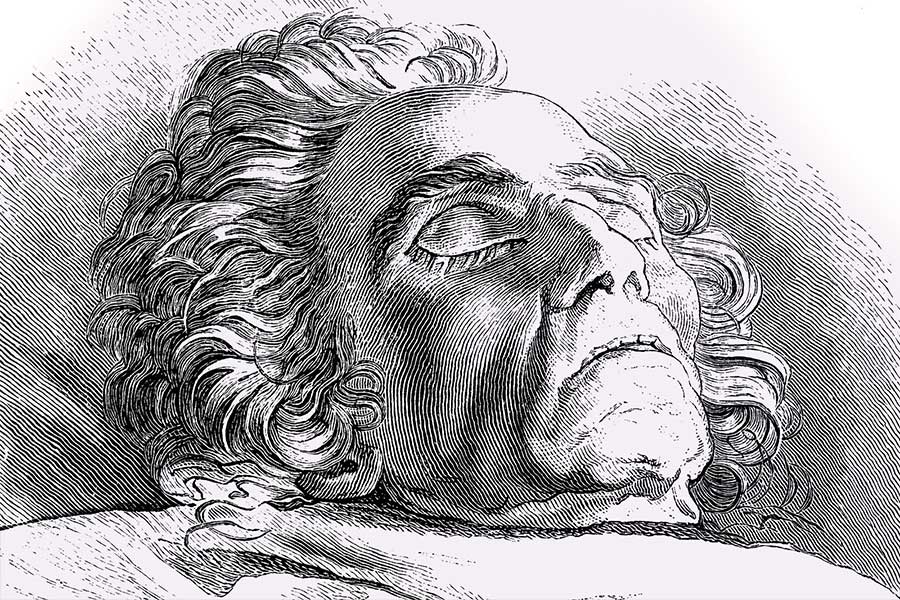 Beethoven’s last 12 months were among his most trying. Clive Paget looks at the triumphs and the tragedies of the composer’s final year. 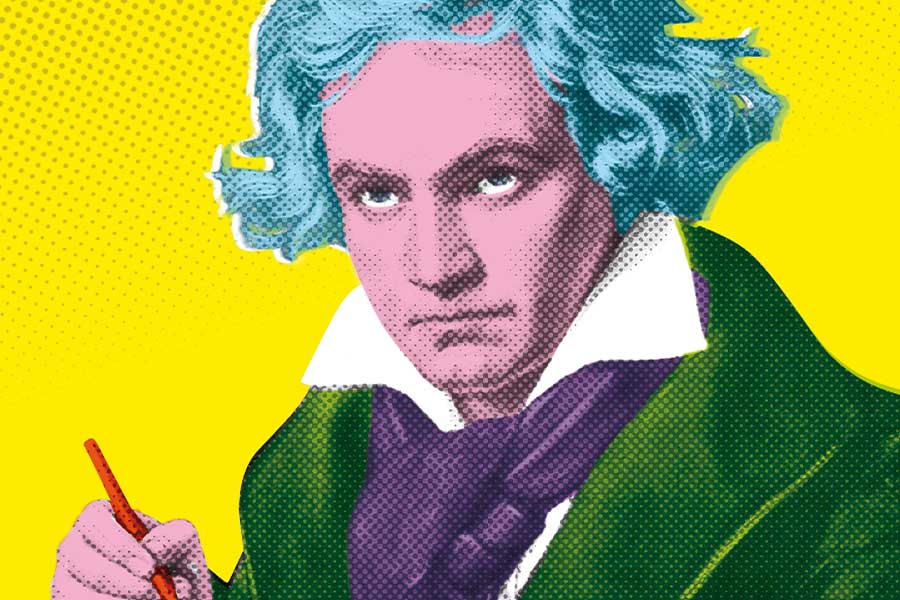 DID YOU HEAR ABOUT… BEETHOVEN’S DEATHBED HAIRCUT? 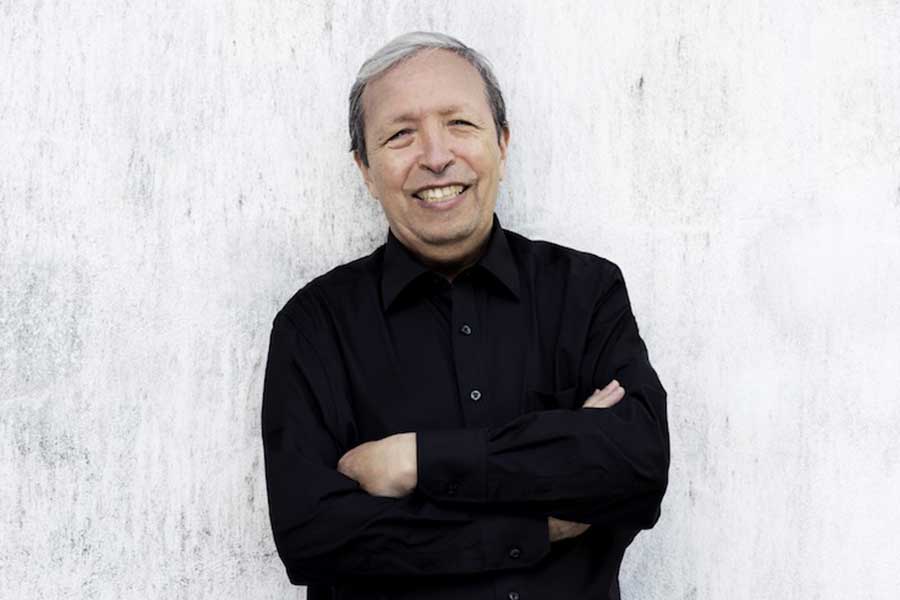 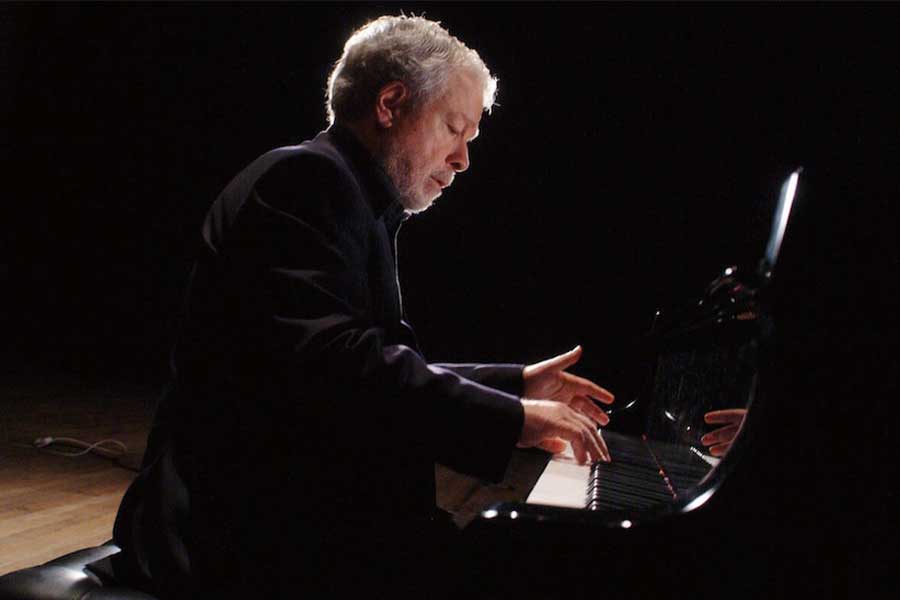 The “connoisseur’s pianist” talks about the vitality of Beethoven’s music and the concerto that launched the Brazilian pianist’s career at age 12.

Read more
Back to top