Pure Harmony Musical Events: After Aida – Comedy & Arias About the Retirement that Wasn’t 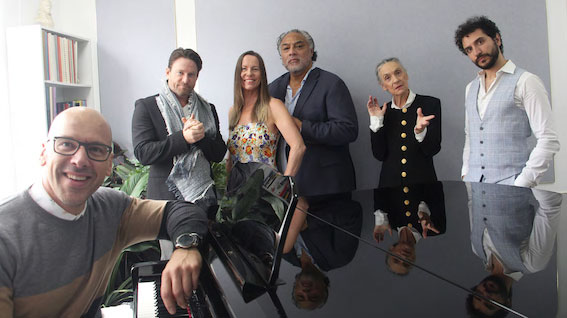 It’s 1879 and Giuseppe Verdi, Italy’s most beloved composer has not written an opera for nearly a decade. What is to be done? Verdi’s closest associates, publisher Giulio Ricordi and conductor, Franco Faccio are determined to get the maestro working again. With the aid of Verdi’s wife Giuseppina, they conspire to team him with the brilliant operatic wordsmith Arrigo Boito, and the greatest tragic opera ever written, “Otello” is conceived.

But trouble is looming. Boito hasn’t always had nice things to say about Verdi. And at 66 years of age, the man himself isn’t sure he can cut it anymore.

After Aida is a play-with-music by English writer, Julian Mitchell. This witty, behind-the-scenes comedy focuses on a major turning point in Verdi’s life when he attempted to retire from composing. Humour and drama are underscored with arias and vocal ensembles from Aida, Rigoletto, Ernani, the Requiem, Macbeth, Simon Boccanegra and Otello, as well as Boito’s Mefistofele and Rossini’s Otello.