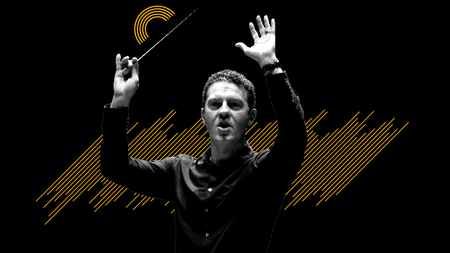 Carl Orff’s Carmina Burana is a thoroughly enjoyable work you don’t hear live as often as you think you do. Based on a collection of ribald 13th-century poems, Orff chose tales of naughty nuns, bibulous monks and pretty countryfolk getting up to all sorts set to a smorgasbord of catchy tunes. The full orchestration is a dazzling crash, bang, wallop of a thing, but the more rarely performed 1956 version for two pianos and six percussionists is also highly exciting. Brett Weymark conducts with soloists Penny Mills, Andrew Goodwin and José Carbó, and the program also includes works by Deborah Cheetham and Matthew Doyle, Peter Sculthorpe and John Peterson.

The 120 voices of Sydney Philharmonia Choirs’ Symphony Chorus fill the Sydney Town Hall with Carl Orff’s kaleidoscopic Carmina Burana – one of the best-known choral extravaganzas of the 20th century. Based on a collection of medieval poems and profane songs, this thrilling work sings of the fickleness of fate and fortune, the circle of life and the earthy pleasures of wine, gambling and lust. The music drives through roaring rapids of primal ecstasy, dancing whirlpools and gentle pools of lullaby. Our performance will use the scintillating arrangement for two grand pianos and six percussion instruments by Wilhelm Killmayer.

Also being performed will be Peter Sculthorpe’s ‘Sun Music – for voices and percussion’ where he depicts “long, shimmering sonorous images” of his experiences of living in Australia. John Peterson’s ‘The earth that fire touches’ captures in music the diverse Australian landscape – from dense, green forests to sparse, red deserts, with long single notes for the wide, open spaces, to celebratory dances of nature’s rebirth after fire.