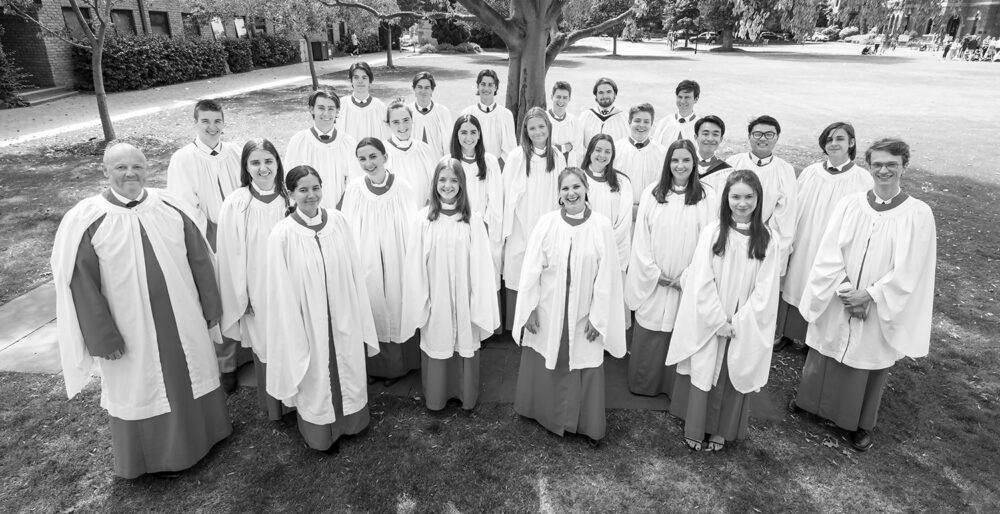 The Choir of Trinity College, Melbourne are one of the gems of the city’s musical life. Directed by Christopher Watson, they’ve collaborated with some of the most acclaimed orchestras, ensembles, and conductors from around the world, including esteemed choral directors Jeremy Summerly and Stephen Layton as well as the Melbourne Symphony Orchestra led by Sir Andrew Davis.

For Viva Edge, they’ll present a program that celebrates contemporary female composers, each work paired with a Tallis piece that deals with similar or complementary subject matter. Highlights include Cecilia McDowall’s 2012 work The Lord is Good, a setting of verses from the Book of Lamentations. Calling for two soprano soloists whose lines entwine against a textured choral backdrop, the work is imbued with a sense of yearning.

It’s paired with Tallis’ own exquisite setting of the Lamentations, a more meditative work. Commissioned by the choir and first performed in 2021, the singers will also perform Australian composer Sarah Elise Thompson’s Sundance, a transporting piece of music paired with Tallis’ Te lucis ante terminum I, a valedictory work written to be sung at the last service of the day.

Australian composer Brooke Shelley’s A New Commandment will meanwhile follow on from Tallis’ work by the same name to serve as the ideal finale to this special program.