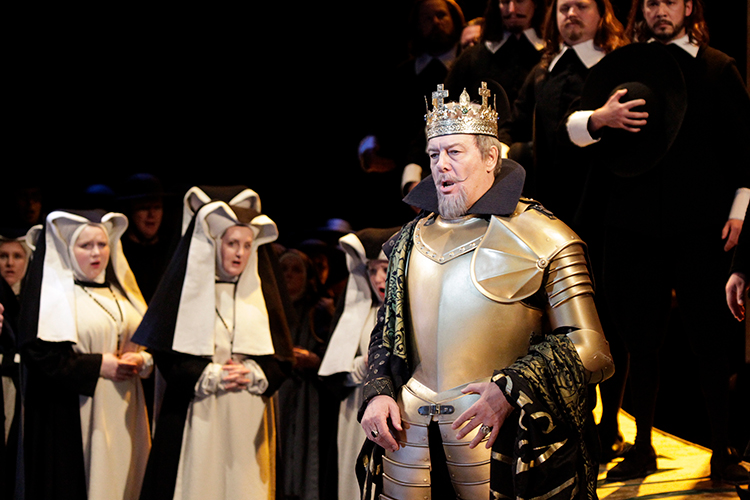 Ferruccio Furlanetto is one of that rare band of singers who acquire legendary status while still performing, thanks to a five-decade career and some pretty remarkable powers of vocal preservation. Given his break by Herbert von Karajan back in the 1970s, the rich and powerful Italian bass has performed alongside them all, from Boris Christoff to José Carreras, and with conductors from Solti to Bernstein. His Melbourne recital comes off the back of his performances in Boito’s Mefistofele and promises songs by Brahms, Mussorgsky and Rachmaninov as well as arias from The Marriage of Figaro, Don Giovanni and signature operas Boris Godunov and Don Carlo. Accompanied by Natalia Sidorenko.

With a voice that speaks volumes in every note, Ferruccio Furlanetto is one of the greatest basses of our time.

Over five decades, Ferruccio Furlanetto has become one of the world’s most sought after singers. Renowned for his vast range, thundering vocal power and masterful acting, he has performed on opera’s finest stages from Milan, Paris and Vienna to London and New York, collaborating with leading orchestras and conductors including Herbert von Karajan, Sir Georg Solti and the legendary Leonard Bernstein.

Throughout his acclaimed international career, Furlanetto has made Verdi’s heroes his own, dominating the titular Attila and Filippo in Don Carlo. At Melbourne’s Arts Centre, he was unforgettable as the quixotic Don Quichotte and, at St. Petersburg’s Mariinsky Theatre, he was the first Italian bass to appear in the title role of Mussorgsky’s Boris Godunov and as Prince Gremin in Eugene Onegin.

Here, the focus on vocal ability is singular. For Furlanetto, recitals provide “the possibility to paint with the colors of our voice and our intentions….creating images and feelings that will stay in the heart and not in the eyes”.