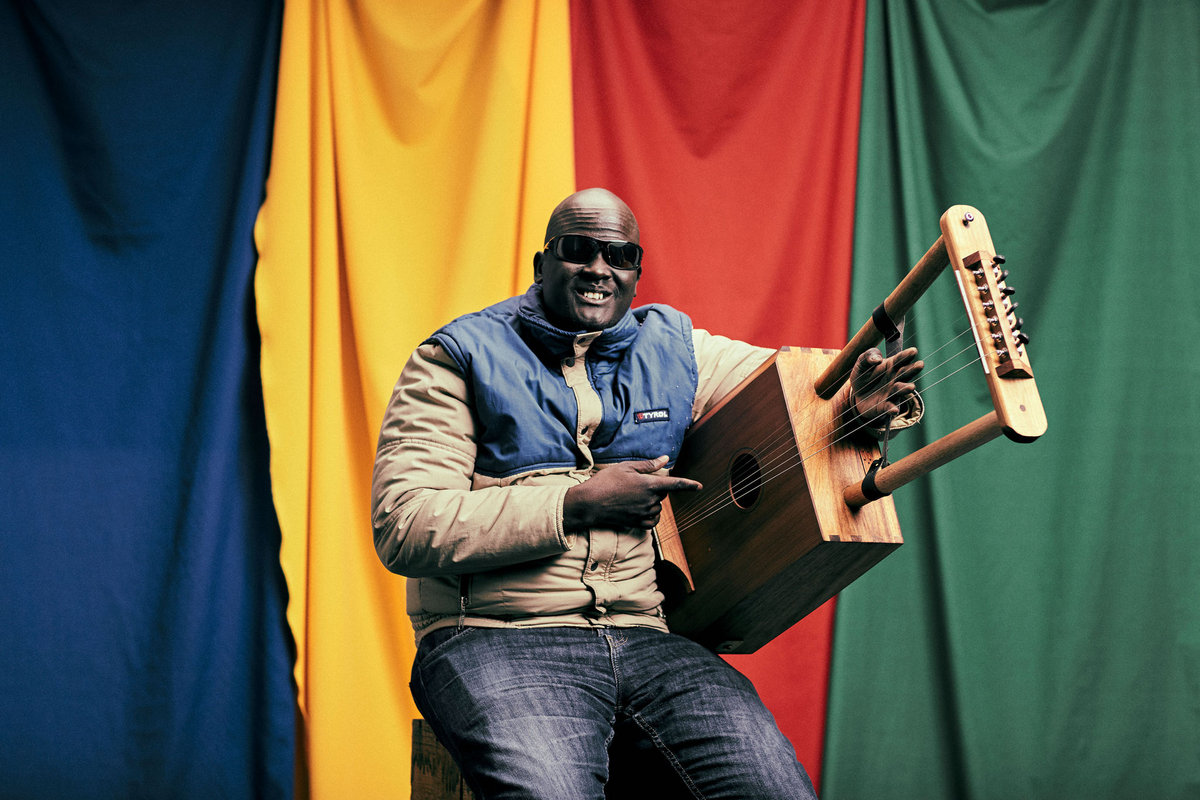 Gordon Koang, a Neur speaker and musician hailing from the Upper Nile region of what is now South Sudan, brings an incredible story to Speakers Corner.

Blind since birth, Koang’s blend of traditional Neur rhythms and original compositions made him a household name in South Sudan and earned him the nickname “King of Music”. Arriving in Australia in 2014 seeking refuge from South Sudan’s civil war, the multi-talented musician now calls Melbourne home.

Accompanied by his cousin and fellow musician Paul Biel, Koang has begun a new phase of his journey as part of Australia’s music community.

Following a glowingly received 2020 album, Unity, Koang continues to promote his message of hope and resilience through music. He recorded the double A-side release, ‘Coronavirus/Disco’, at Button Pusher studio in Melbourne after a grueling lockdown, playing his signature stringed-instrument, the thom, alongside some of the city’s best musos.

Victoria has already witnessed Koang’s life-affirming performances at the likes of Meredith Music Festival and Strawberry Fields. Now it’s Sydney’s turn to, as the man himself instructs us, ‘Stand Up (Clap Your Hands)’.