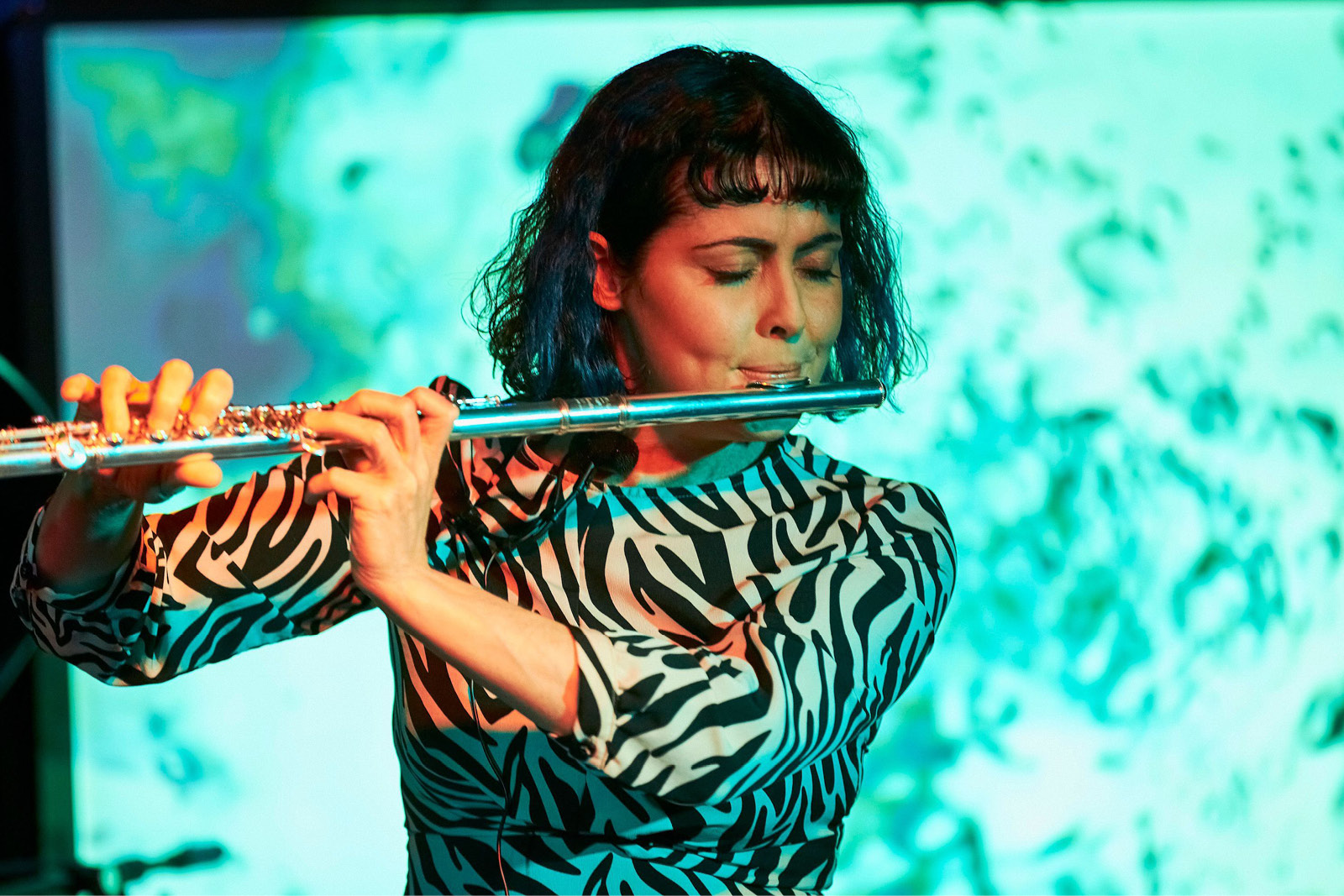 Keyna Wilkins is a pioneering Australian/British composer-musician. She was one of three finalists for the Australian Art Music Awards for Individual Excellence in 2021 and 2018 (APRA/AMCOS). As an innovative soloist her solo show explores stream-of-consciousness improvisations alongside her composed pieces, often using loop pedal and visual projections and inspired by contemporary human rights issues, astronomical phenomena and thoughts. Her latest album was a collaboration with a 9 years detained poet-artist refugee held in an Australian detention centre via zoom over 6 months. She has performed her solo show around Australia including Phoenix Central Park, MONA, Sydney Women’s International Jazz Festival, Melbourne Digital Concert Hall, Australian Flute Festival and many other venues. She has released 4 solo albums on piano and flute and 5 ensemble albums. Her works are published by Wirripang and performed internationally. While classically trained in UK, Germany and Sydney Conservatorium, she has branched into jazz, flamenco, live theatre and has studied intuitive conceptual improvisation with Tibetan Buddhist musician Tenzin Cheogyal.

Diego was born in Bogota, Colombia. He took up piano at the relatively late age of 17 under the tutelage of Colombian teachers Piedad Rosas and Dr Sergei Sitchkov before completing a Bachelor of Music in his homeland. Diego has a Masters of Music in Classical Piano Performance from the Australian Institute of Music.
Diego has played as a soloist, as a member of chamber ensembles and with symphonic orchestras such as Sydney Youth Orchestra and Wollongong Symphonic Orchestra and at many concert halls in Colombia, Canada, USA and Australia.
Diego was a semi finalist at the Southern Highlands International Piano Competition in Australia in 2007 competing against pianists from all around the world and being the only competitor who started learning the instrument at the age of 17.
Idarraga’s musical exploration has taken him towards a new stage in his career as a composer, looking for the truth and expressing his ideas through music and other different media such as art, poetry and dance.