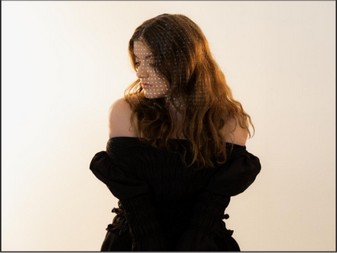 Renowned Australian jazz vocalist Lillian Albazi is performing at Brisbane Jazz Club for one night in support of her recently released, highly anticipated debut album, After-Image. After making her headliner debut in 2016 at the Melbourne International Jazz Festival, Lillian has graced the stages of many prominent festivals and venues around Australia, including Melbourne Recital Centre and MONA.

Lillian Albazi and her band renew the familiar on ‘After-Image’ with deft, complex takes on classic and contemporary standards. On her captivating debut, Albazi performs a range of modern jazz styles with wit, playfulness and sombre romanticism. From the rapid grooves of the album’s opening medley, ‘You Don’t Know What Love Is/Lullaby Of Birdland’, to the haunting closing track of Rowland S. Howard’s ‘Autoluminescent’, ‘After-Image’ marks the emergence of a bold new voice in Australian jazz.

Recorded at Rolling Stock Recording Rooms by Myles Mumford and mastered by Adam Dempsey, ‘After-Image’ is a reflection of Lillian’s musical beginnings. The standards she has chosen and arranged echo the quality of afterimages, becoming spectres and dancing shadows, brilliantly flaring before us.