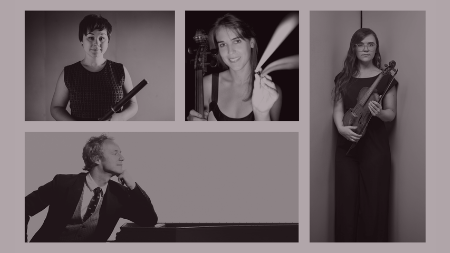 Be transported back to the height of style and sophistication with The Muses’ Delight!

The gazette Mercure galant (later Mercure de France) dictated what was in vogue in 17th and 18th century France; all the best fashion, gossip, debates, and of course, music. Composers Leclair and Mondonville featured extensively, particularly their performances at the Concert Spirituel at Tuileries Palace, believed to be one of the first public concert series. Hear their music performed by some of Australia’s best historically informed musicians.
​
Meredith Beardmore, flute
Lizzy Welsh, violin
Edwina Cordingley, cello
Donald Nicolson, harpsichord