An event every week that begins at 9:00 pm on Sunday, Monday, Tuesday, Wednesday, Thursday, Friday and Saturday, repeating until 31 December 2021 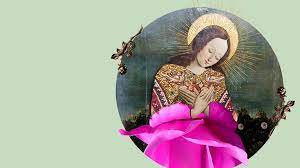 The Sydney-based early opera company is releasing a number of digital productions to be enjoyed in your own living room as part of its series Pinchgut At Home. This month, its spectacular live performance of Monteverdi’s iconic Vespers, captured on film at Sydney’s City Recital Hall, joins the acclaimed film A Delicate Fire, celebrating the music of Barbara Strozzi, and Cavalli’s The Loves of Apollo & Dafne, both of which are already available online. Monteverdi’s masterpiece represents the very pinnacle of Venetian sacred music and is one of the works that ushered in the Baroque. It is available to view until 31 December for $20.

A spectacular masterpiece of sonic grandeur, Monteverdi’s Vespers blends the grand traditions of Venetian sacred music with the new world of the Baroque: opulent choruses, dramatic solo arias and duets and some of the most ambitious instrumental music the world had ever heard. Pinchgut’s stunning live concert performance is captured brilliant on film here for you to enjoy.