An event every week that begins at 7:00 pm on Wednesday and Thursday, repeating until 7 April 2022

An event every week that begins at 7:30 pm on Thursday, Friday and Saturday, repeating until 7 April 2022

An event every week that begins at 2:00 pm on Saturday, repeating until 7 April 2022 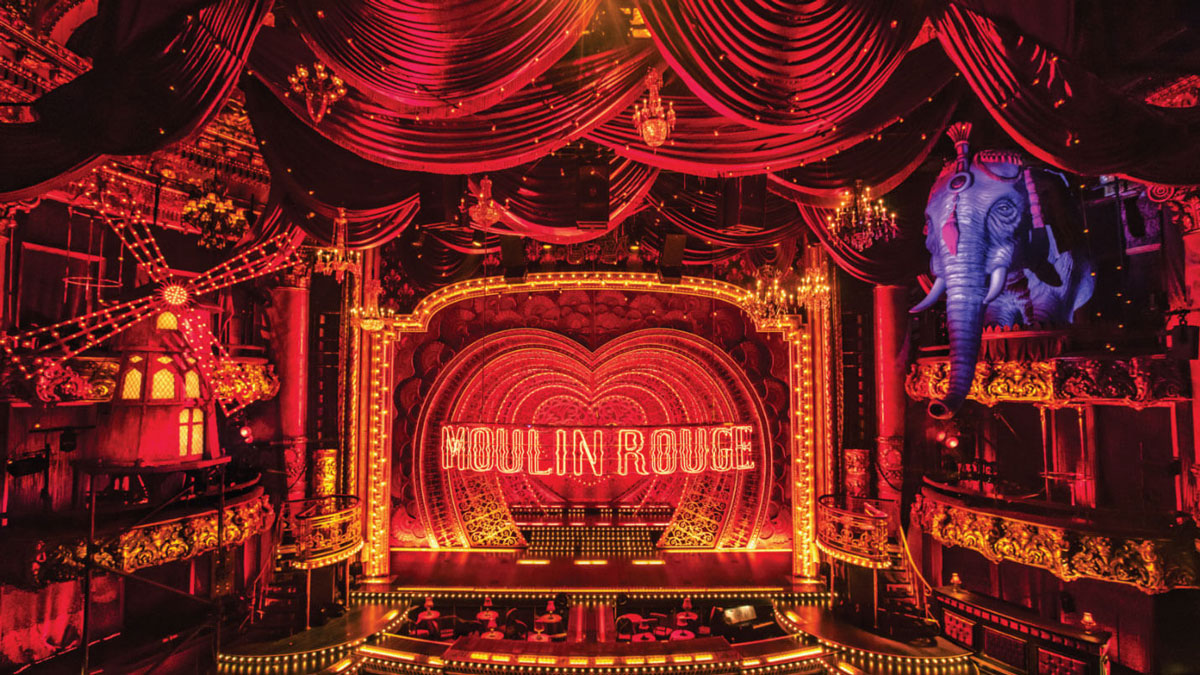 Moulin Rouge! The Musical is as “spectacular spectacular” as Baz Luhrmann’s 2001 film on which it is based. Featuring over 70 songs spanning 120 years, from Offenbach to Lady Gaga, the Broadway production won ten Tony Awards, including Best Musical. The Australian production was due to open in August, and finally took to the stage last month. Des Flanagan plays Christian, the aspiring composer who arrives in fin-de-siècle Paris and falls in love with Satine, the star of the Moulin Rouge cabaret, played by Alinta Chidzey. Andrew Cook plays the evil Duke who is determined to have Satine for himself.

Enter a world of splendour and romance, of eye-popping excess, of glitz, grandeur and glory! A world where Bohemians and aristocrats rub elbows and revel in electrifying enchantment. Pop the champagne and prepare for the spectacular spectacular…

Welcome to Moulin Rouge! The Musical!

Baz Luhrmann’s revolutionary film comes to life onstage, remixed in a new musical mash-up extravaganza. A theatrical celebration of truth, beauty, freedom, and — above all — love, Moulin Rouge! is more than a musical; it is a state of mind.