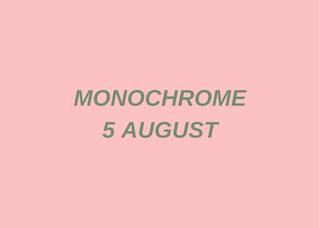 New North presents their follow up to May’s sold out premiere concert, Ghost Lights, with three more sets of new music from some of Melbourne’s most exciting experimental artists.

New North presents music on land stolen from the Wurundjeri people, the traditional custodians of the land, and we acknowledge that their sovereignty was never ceded.

Shoshana Rosenberg is a clarinetist and composer based in Naarm. They are a music nerd and eternal novice with an art practice focused on improvisation and exploration of interconnectivity between divinity, interiority, and relationality.

Shoshana will perform an improvised piece focusing on their experiences throughout this year: confusion becoming fear becoming rejuvenation becoming exaltation. They dedicate this piece to their love Queenie Star and to the everlasting forces that guide and nurture them.

The Phonetic Orchestra was formed in 2012 as a vehicle to explore the relationship between notation and sound. The unique ensemble brings together musicians from such diverse backgrounds as Contemporary Classical music, Electro-acoustic music and Experimental improvisation to create work that embraces site-specificity, extreme durational performances and the fluid borders between composition and improvisation, the individual and the collective. The Phonetic Orchestra has performed 8-hour marathon sleep concerts at the Museu Serralves (Porto, 2017), Pirelli Hangar Bicocca (Milan, 2018) and Kunstquartier Bethanien (Berlin, 2019). In 2020 they presented ‘Silent Towns’, a 24-hour livestreamed work with ensemble members in Melbourne, Berlin and Perth networked using JackTrip technology. Phonetic Orchestra has collaborated with some of the most singular voices in Australian and European experimental arts practice, including the Kitchen Orchestra (Stavanger), Srosh ensemble (Porto), Peter Knight, Jim Denley and Dale Gorfinkel.

For their New North performance, they will perform a new work for ensemble members in Melbourne and Berlin performing in real-time using JackTrip technology.

Theo Carbo is a guitarist, composer and producer with a finely honed sensitivity to the ebbs and flows of his musical environments. His unique perspective has lead him to perform and record with many of Australia’s most important musicians including Barney McAll, Andrea Keller, Sam Anning, Gian Slater, Chris Hale and Paul Williamson, as well as with the Melbourne Symphony Orchestra and Speak Percussion.

Niran Dasika is a Melbourne/Naarm based trumpeter, improvisor and composer who makes an etherial sound on the instrument. Niran plays with an arresting vocal quality, creating songlike melodies that have the intimacy and immediacy of a folk song, transformed by his expansive instrumental facility.

These accomplished young improvisers will perform a new duo work that explores delays and repetition on micro and macro scales. Sharing interests in minimalist textures and live electronics, the duo will experiment with interconnected processing chains and slowly evolving forms.

New North is supported by the Australia Council for the Arts.