An event every week that begins at 4:00 pm on Sunday, Thursday, Friday and Saturday, repeating until 23 July 2022 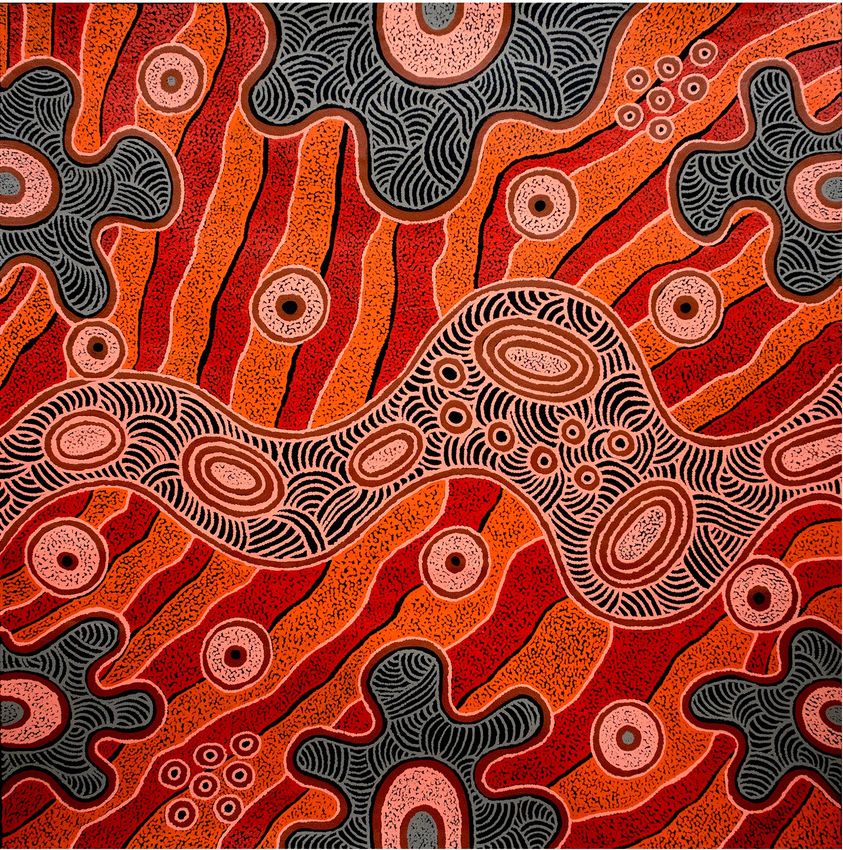 An established Punu artist, Queama has been exhibited across Australia as well as in New York City, Venice, and Dakar. Taught by her mother-in-law – Nyinku Kulitja – Queama’s traditional skills have been handed down through the Tjukurpa. Her first large scale paintings were exhibited in Artsite’s 2018 Maruku Arts exhibition, Kunturu Kulini (Heart Listening) accompanying the launch of the Uluru Statement of the Heart in Sydney with Thomas Mayor and Rachel Perkins.

Tjukurpa is the foundation of Anangu culture and a link to the environment and ancestors. Tjukurpa stories are inherited and include guidelines for management of country, laws, and maps.

Many of Queama’s paintings focus on the Tjukurpa of the Seven Sisters. In fleeing from the cunning Wati Nyiru, the sisters travelled far and wide, forming the landscape and embedding survival knowledge within it.

Queama’s forms, symbols, and patterns reflect the Tjukurpa passed on by her family as well as her own new ways of articulating generational knowledge. Queama’s work is the contemporary expression of an art form that has been evolving for countless years.

Ngurua kulintjaku will run from 25 June to 23 July, including NAIDOC Week 2022