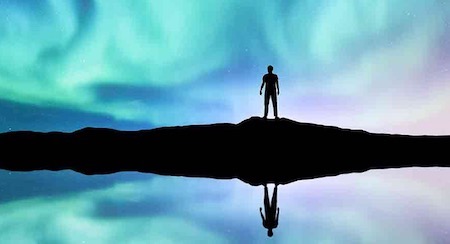 Peer Gynt, Endangered Productions next offering, is finally on its way to Sydney. We’re excited to be performing in the iconic Paddo RSL – the home of INXS, Midnight Oil, Rose Tattoo, Boom Crash Opera and Bob Downe.

Henrik Ibsen’s folk tale about the notorious braggart is startlingly relevant for modern audiences with themes of hubris, lies and fake news.

This is the first time on record in Australia that the play will be performed as it was originally conceived with a live orchestra playing Edvard Grieg’s magnificent, much-loved music.

Henrik Ibsen wrote his five-act allegorical drama Peer Gynt in 1867 while living in Italy. It tells the story of the downfall and subsequent redemption of a Norwegian peasant anti-hero.

Unlike Ibsen’s previous drama, it was written in verse and wasn’t originally intended for stage performance.

However, in 1874, Ibsen changed his mind and wrote to his friend and compatriot Edvard Grieg to ask if he would compose the music for a production of the play. Flattered to have received the invitation, Grieg agreed at once, but doubt soon set in. Much as he admired the drama as a literary work, Grieg found composing for it a difficult task.

“Peer Gynt progresses slowly,” he wrote to a friend in August 1874, “and there is no possibility of having it finished by autumn. It is a terribly unmanageable subject.”

The music debuted to great acclaim in 1876 when the play was first produced for the stage, and it remains among the most popular of Grieg’s compositions.

Our engaging production will entertain and enlighten with its exotic faraway places and a fantasy world of trolls and mythical creatures. Our 30 piece orchestra includes some of Sydney’s finest musicians and the chamber choir Coro Austral provide the rarely heard choral parts. Our cast includes Philippe Klaus and Elaine Hudson playing Peer Gynt and his long-suffering mother Aase.