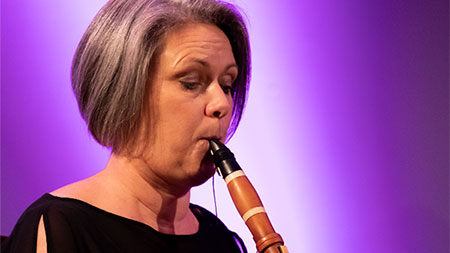 ARCO’s historically informed performers transport you to Vienna at the dawn of the 19th century, when it was unquestionably the centre of the cultural world. Music was performed in homes, in pubs, in the streets – and one of the city’s stars was Joseph Leopold Eybler, a friend of Haydn, Beethoven and Mozart, and the first person that Constanze Mozart asked to finish her late husband’s Requiem. A generation later, Schubert inherited this great Viennese tradition and took it forward in leaps and bounds, never more so than in his Octet of 1824 – which is performed here along with Eybler’s String Quintet in D Major.

Vienna was the centre of the cultural world at the dawn of the 19th century. Music was performed everywhere – in homes both grand and modest, in the taverns, even in the streets – and one of the city’s stars was Joseph Leopold Eybler, a friend and distant cousin of Haydn’s, who in his youth had been dubbed the greatest musical genius in Vienna apart from Mozart. His String Quintet is a sparkling, delightful example of late Classical style, and deserves to be better known.
Schubert wrote his Octet in 1824 at the suggestion of a colleague who wanted another piece like Beethoven’s Septet, first performed in Vienna in 1800 and still very much a favourite of the city’s music community. Schubert added a second violin to Beethoven’s instrumentation, and kept a similar structure to his work, but the character of the music is all his own. His most ambitious chamber work, and arguably his finest, features those immediately Schubertian qualities of effortless, gorgeous melodies coupled with an almost desperate sense of heartache and longing.