: Summer of the Seventeenth Doll

An event every week that begins at 2:00 pm on Thursday, Friday and Saturday, repeating until 11 December 2021

An event every week that begins at 2:00 pm on Sunday, repeating until 5 December 2021 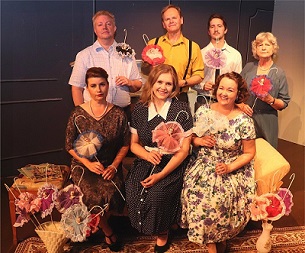 An Australian stage classic written by playwright Ray Lawler – who turned 100 this year – is coming to Stirling Theatre.

Directed by Tim Riessen, Summer of the Seventeenth Doll is considered by literary scholars to be the most significant play in Australian theatre history.

It provided a turning point where distinctly Australian life and characters were openly and authentically portrayed, signalling the maturity of a nation prepared to question its stereotypes and attitudes.

The story follows two itinerant cane cutters, Barney and Roo, who have spent the past 16 summers in the off-season with two barmaids in Melbourne.

Every year, Roo has brought a tinsel doll to his girl Olive, as a gift to symbolise their relationship – but this 17th summer is somehow different.