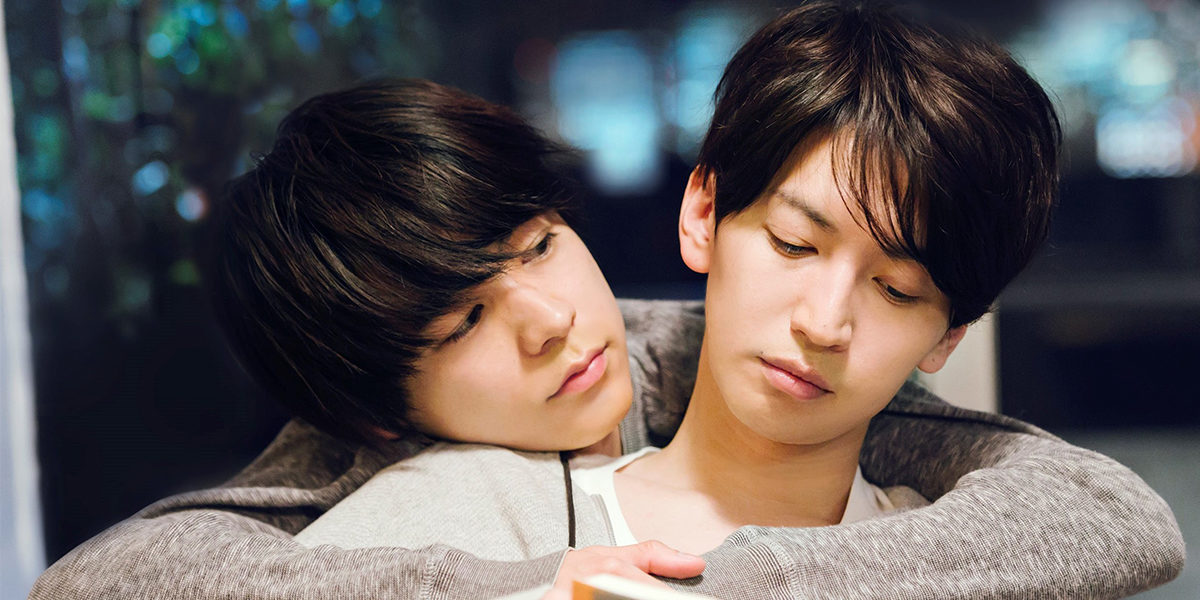 Ever since his university days, Kyо̄ichi Ōtomo (Tadayoshi Ōkura) can’t help but be swept up by the beautiful women that pursue him. Now unhappily married, he’s become a serial womaniser and is as indecisive as ever… that is, until karma finally catches up with him, and private investigator Wataru Imagase (Ryо̄ Narita) confronts him about his infidelity. Wataru has his own lustful motives, as he reveals that he’s been in love with Kyо̄ichi ever since they were fellow classmates seven years ago.

In an exchange of intimate favours for Wataru’s silence, the pair enter a dysfunctional romantic entanglement, and Kyо̄ichi soon finds himself unable to resist Wataru’s advances. But just when the two are close to finding happiness, jealousy and societal expectations get in the way.

Directed by Isao Yukisada (River’s Edge, JFF 2018) and based on Setona Mizushiro’s manga series of the same name, this live-action adaptation depicts the twists and turns of relationships, with nuanced and sensitive performances. Both Ōkura and Narita shine in their roles, portraying highly flawed characters that you can’t help rooting for.