Opera Australia: The Marriage of Figaro 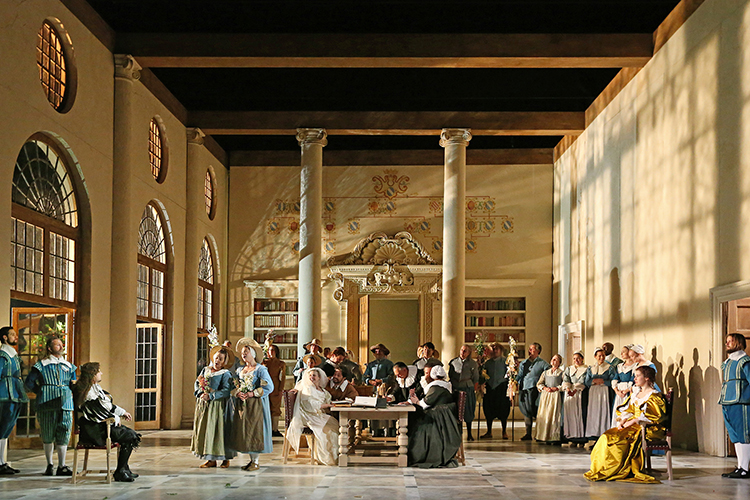 David McVicar’s classy production moves opera’s most famous comedy of manners back a century from Mozart’s time with thoughtful direction, grandiose sets and the prettiest of frocks. A tale of savvy servants outwitting their amorous masters, it features a string of greatest hits from Cherubino’s Voi che sapete to Figaro’s Non più andrai. Italian baritone Mario Cassi sings the over-sexed, predatory Count Almaviva with Ekaterina Morozova – a leading soprano from the Bolshoi – as his hapless wife. Meanwhile, below stairs, up-and-coming Italian baritone Tommaso Barea sings the canny Figaro with Stacey Alleaume as his fiancée Susanna and Agnes Sarkis as Cherubino. The excellent Andrea Molino conducts.

A chaotic whirlwind of mistaken identities makes the wedding day of Figaro and Susanna a lesson in hilarity.

With a witty, fast-moving libretto and hum-along melodies, it’s easy to see why Mozart’s classic comedy continues to charm audiences the world over.

Musically, this is the ultimate ensemble opera, with brilliant trios, quartets and even a fantastic sextet laced through the score. Dramatically, it’s the opera with everything: lovers and liaisons, tricks and disguises, lust and laughter.

The Countess loves Count Almaviva, but he’s got designs on her servant Susanna. It’s Susanna’s wedding day, and Figaro has no plans of giving up his bride. In one crazy day of disguises, duplicity, desire and utter madness, the fiancés must foil the philandering noble’s seductive advances.

Young soprano Stacey Alleaume reprises her role as Susanna. Russian soprano Ekaterina Morozova is the Countess with Tommaso Barea as Figaro. Mario Cassi is the Count.

Sir David McVicar’s naturalistic staging opens a “comic cauldron of sex and social politics” (Limelight), where the comedy has a dark, sharp edge.