An event every week that begins at 2:00 pm on Thursday, Friday and Saturday, repeating until 4 December 2021 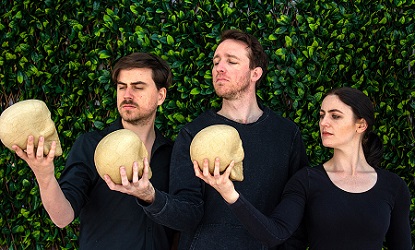 Shakespheare’s long-lost first play, written when he was 17, is coming to Melville Theatre after being found in a treasure-filled English parking lot.

The literary holy grail features Shakespeare’s most famous characters and familiar speeches in a new story.

But at 100 hours with multiple unwieldy storylines, it was decided by writers Reed Martin and Austin Tichenor to abridge it – as a public service – to a brief and palatable 90-minute performance.

Vanessa Jensen is directing William Shakespeare’s Long Lost First Play (abridged), a fast, funny and fictional 40th play by the Bard that weaves together his popular speeches and plot devices.