Finally able to travel overseas with relative freedom, I seized the opportunity to return to Aix-en-Provence in southern France for the 2022 Festival International d’Art Lyrique d’Aix-en-Provence. Held in July each year, this classical-music event was established in 1948, amidst a post-war renaissance of the arts that also gave rise to the Cannes Film Festival in 1946 and the Avignon Festival in 1947. 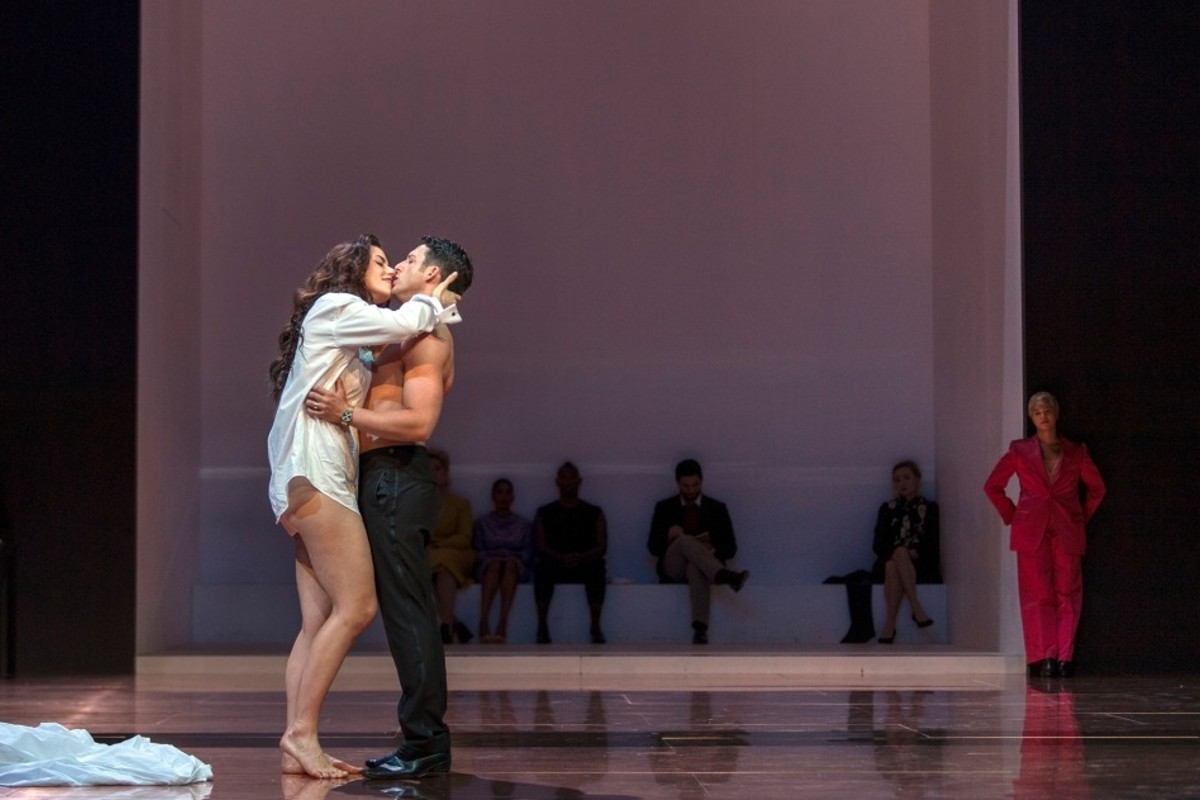 With its excellent program and organisation, the three-week festival has never disappointed me. Directed by Pierre Audi, it attracts visitors from all over the world, although locals told me that South-East Asian travellers are yet to return. From early times to the present day, the festival’s program straddles genres including opera, symphonic works, recitals, jazz, world music, talks and chamber music. This year’s lineup included everything from Monteverdi’s L’incoronazione di Poppea to the young Portuguese piano accordionist João Barradas and piano virtuoso Tarek Yamani playing a fusion of Afro-American jazz and classical Arabian music.

The festival has been of special interest to Australians because of its collaborations with the Adelaide Festival, which featured the 2019 Aix festival production of Mozart’s Requiem directed by Romeo Castellucci and Barrie Kosky’s 2021 production of The Golden Cockerel as its headline events. Scanning the lists of performers at this year’s festival, one could easily recognise artists with Antipodean connections, such as Samoan-born tenor Pene Pati singing Amenophis in Rossini’s Moses and Pharoah, horn players Doree Dixon and Anneke Scott, and counter-tenor Jake Arditti, all of whom have performed in Australia in recent years.

Historically, the festival is credited with championing Mstislav Rostropovich’s 1970 premiere of Henri Dutilleux’s Tout un monde lointain…, now considered an important work in the 20th-century cello repertoire and the 2012 premiere of George Benjamin’s opera Written on Skin. The most iconic festival venue is the Théâtre de l’Archevêché – a 17th-century archbishop’s palace with an intimate auditorium in its courtyard, where events are held unamplified and en plein air. The building also contains a display of historic 18th-century tapestries and opera memorabilia. 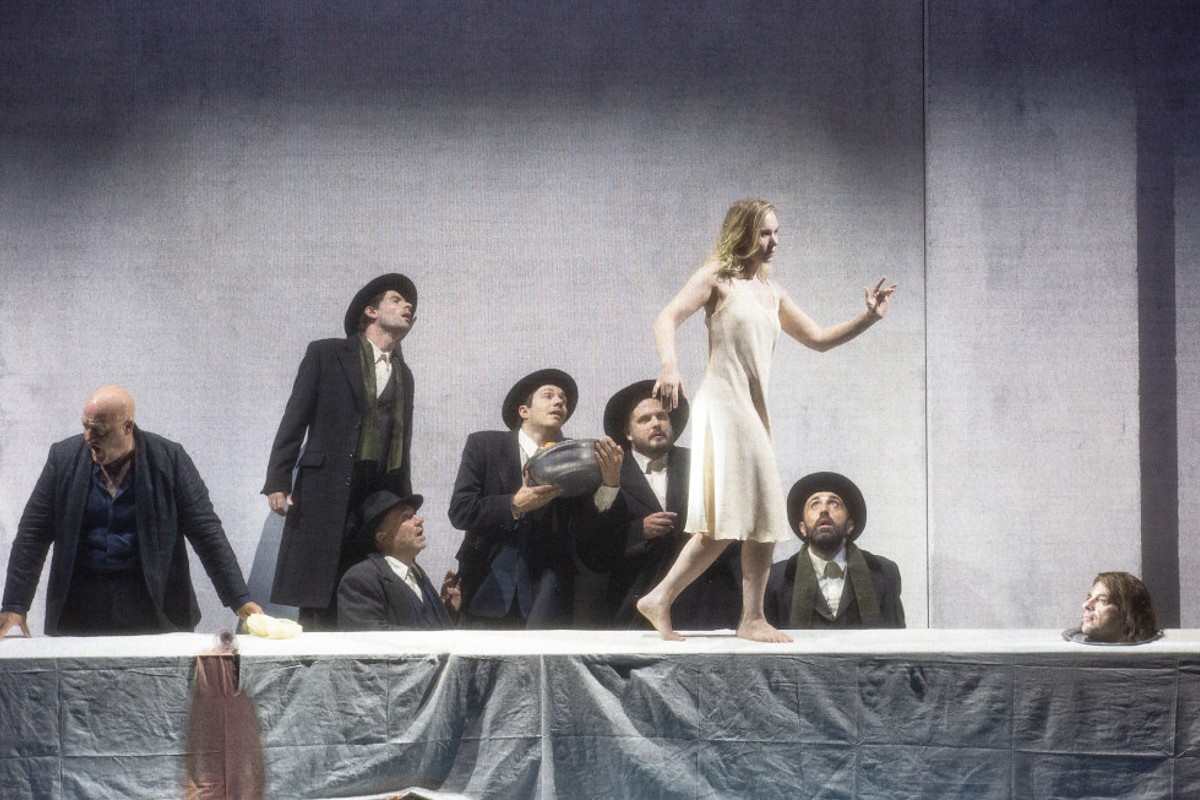 This year, the Théâtre de l’Archevêché hosted Mozart’s Idomeneo with musical direction by Raphael Pichon and staging by Satoshi Miyagi. In a bold twist, Miyagi compared the narrative of Idomeneo with that of Japan at the end of the Second World War, and his production was infused with Japanese visual aesthetics. Whether a strategy to ensure physical distancing or purely an artistic measure, the soloists, clad in kimonos, sang whilst standing on plinths that moved about the stage. They mostly addressed the audience rather than each other. When singing from within the confines of the plinths, the chorus was masked and wore the uniform of the Japanese Imperial Army, its arm band bearing the emblem of the rising sun. American tenor Michael Spyres as Idomeneo delivered a powerful performance, mesmerising the audience in the closing moments of the opera. Sabine Devieilhe sang the lyric coloratura role of the vulnerable Ilya, with shimmering clarity and an impossibly beautiful high range. The Italian mezzo-soprano Anna Bonitatibus sang the pants role of Idamante with luscious amenity and American dramatic soprano Nicole Chevalier took on the role of the embittered Elettra.

Other festival venues include the restored, 18th-century Théâtre du Jeu de Paume, the courtyard of the Hôtel Maynier d’Oppède and the Théâtre du Grand Saint Jean, which is located in the grounds of a chateau near Aix.

This year also saw the addition of a new venue, the Stadium de Vitrolles. Located on the outskirts of the town, it was slightly more logistically challenging, but shuttle buses were available for performances. This landmark building has endured 25 years of abandonment, and its graffitied, 5000-seat interior was the venue for Mahler’s Symphony No 2 Resurrection as envisioned by Castellucci. In this co-production with Abu Dhabi Festival and Philharmonie de Paris, Esa-Pekka Salonen conducted the Orchestre de Paris and Choir against the backdrop of an enormous mass grave, which was systematically unearthed by a team of UNHCR forensic investigators. 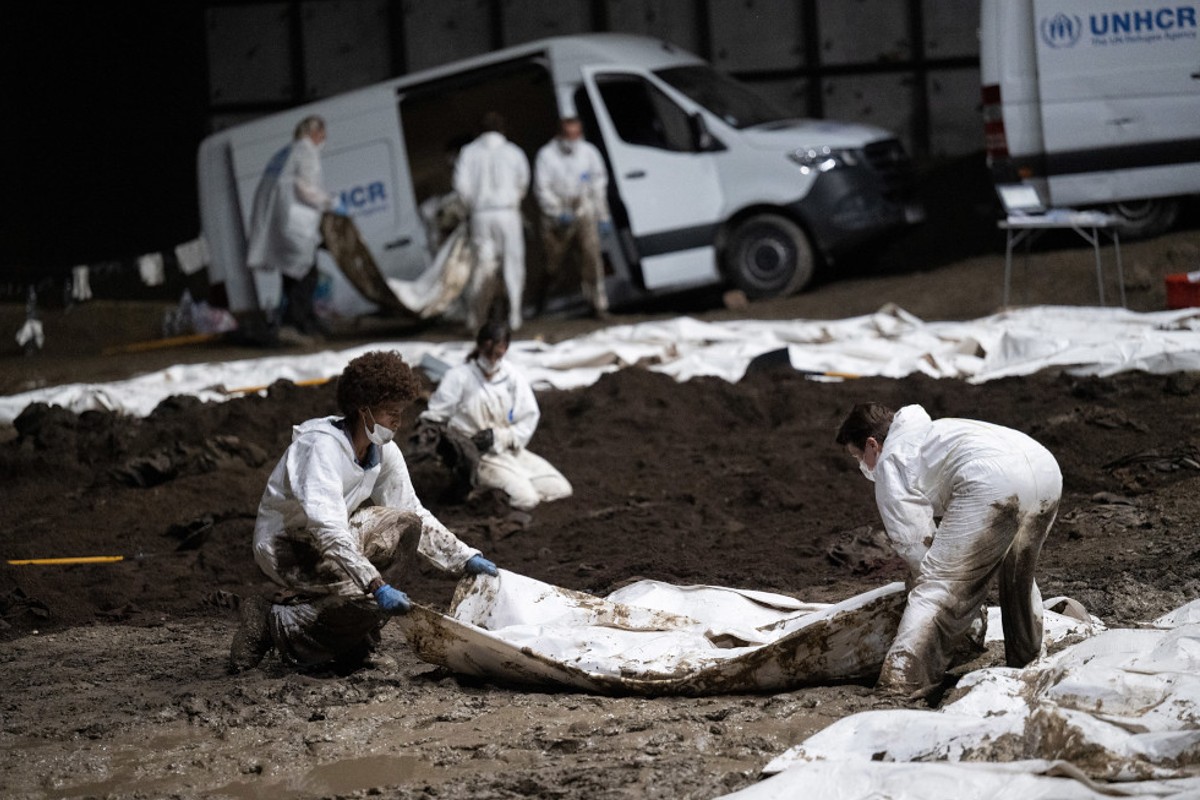 Another symphonic curiosity to savour at the festival was Messiaen’s extraordinary 10-movement Turangalîla Symphony, appropriately scheduled for Bastille Day. This too was at the Grand Théâtre de Provence with Esa-Pekka Salonen conducting the Orchester de Paris. There were over 100 orchestral players in total, including Natalie Forge on a curious Ondes Martenot complete with three diffusers, Bertrand Chamayou playing the challenging solo piano, an array of percussion, and full complements of brass, woodwind and strings.

In addition to the activities of the festival, Aix-en-Provence buzzes with history, art, cafes and fine restaurants. It is a jewel of a town, which you can metaphorically throw your arms around. Festival venues, art galleries and other places of interest are all within walking distance. It was home to the likes of Milhaud, Zola and Nina Simone, as well as the birthplace of pianist Hélène Grimaud and Cézanne, whose home and workshop, the Atelier de Cézanne, is not to be missed. The artist’s tools, subject material and belongings are still in place, and his beloved Mt Sainte-Victoire is a short walk away.

The heat rises from the town’s historic cobblestones stamped with the distinctive brass plates of the Cézanne trail. Exotic ice-cream flavours like cassis and Isphahan (rose and lychee), pistachio, melon and mango are a welcome means of cooling down; cafes surrounding the central 19th-century Fontaine de la Rotonde are perfect for people-watching whilst sipping an Aperol, and the Cours Mirabeau presents a stream of shops and restaurants. The town’s many architectural fountains are a distinctive feature. Nibble on the local delicacy of calissons made of candied fruit and almond as you venture off the main streets to discover a less frenetic pace, tranquil gardens, historic mansions and countless quieter treasures.

Romeo Castellucci’s production of Mahler’s Symphony No 2 Resurrection is available to watch online on Arte until January 2025.

Mozart’s Requiem is a cornerstone of the classical canon, a powerful mass for the dead written by the composer on his deathbed. Ahead of its premiere at the Adelaide Festival, Justine Nguyen learns how Romeo Castellucci has staged it as a celebration of life instead.

For their new albums, soprano Joyce El-Khoury and tenor Michael Spyres are walking in famous footsteps. Continue reading Get unlimited digital access from $4 per month Subscribe Already a subscriber? Log in

Backstage at Operalia with Pene Pati

Ahead of Sol3 Mio’s Australian performances we take a look at what the award-winning New Zealand tenor’s vlogs. Continue reading Get unlimited digital access from $4 per month Subscribe Already a subscriber? Log in