When one thinks of the Sydney Symphony Orchestra, one thinks of scale, of grandeur, of expansiveness. Throughout its existence it has strived for the epic – think Klemperer conducting Mahler 2 in the Sydney Town Hall – and certainly that is true of its past 20 years. Just look at the repertoire that has been its bread and butter under its three most recent Chief Conductors – Vladimir Ashkenazy, David Robertson and now Simone Young: Mahler, Stravinsky, Richard Strauss, Rachmaninov, Brahms.

So it was with great interest that subscribers noted one of the concerts in the Orchestra’s upcoming Autumn Season, which sees Concertmaster Andrew Haveron play-direct Beethoven’s First Symphony, Vaňhal’s Sinfonia in D and Carl Stamitz’ Viola Concerto – all written between 1775 and 1801, and all calling for decidedly smaller forces than the great Romantic works that form the cornerstone of the orchestra’s 2022 season.

Haveron, who also programmed the concert, which is called Joyful Beginnings, says that he was inspired in part by the Sydney Symphony’s  audience. 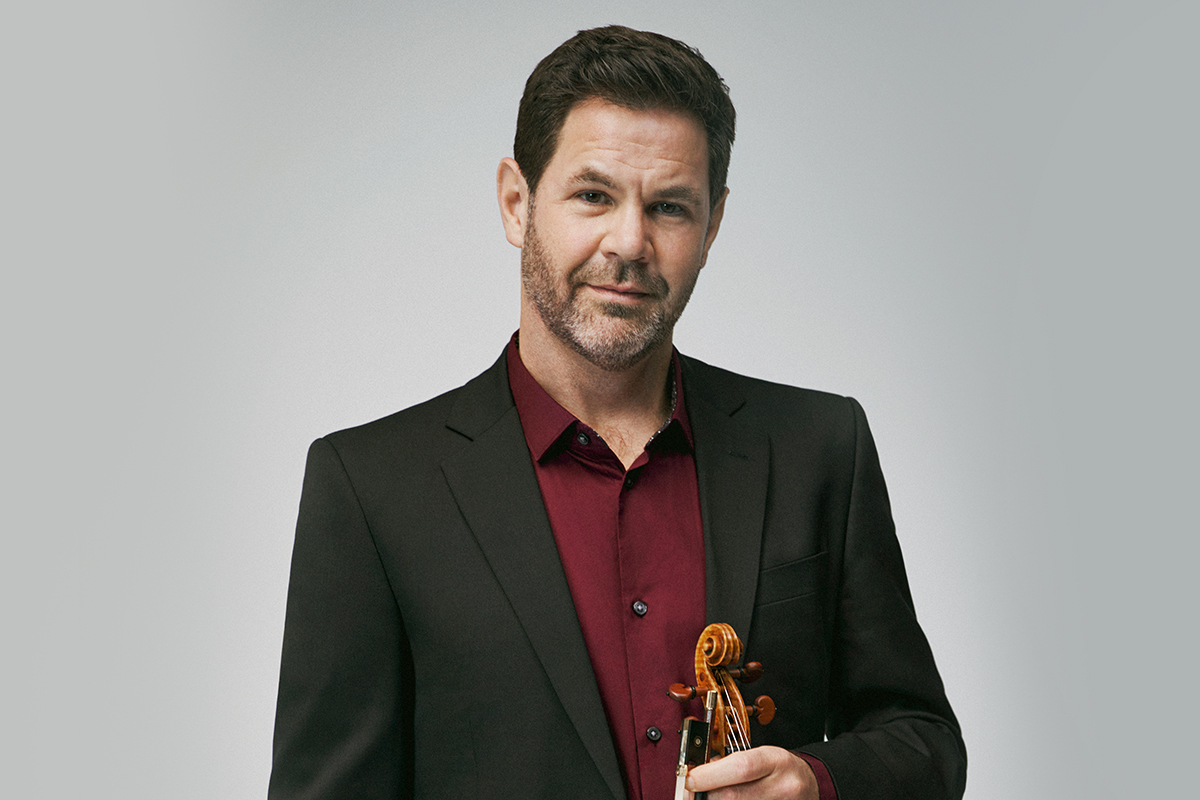 “We have found more confidence, and have been inspired by the feedback from our regular subscribers, to explore areas that often many symphony orchestras are avoiding these days,” Haveron says.

“We tend to want to show off the fact that we are a full symphony orchestra, and we have all the brass and percussion available to us, and therefore dive into Brahms, and Mahler, and Stravinsky, and so on. That’s obviously what we are capable of doing. But it is nice to go back, strip it down a little bit, and have smaller forces.”

Haveron says that the program began to take shape as a response to COVID, when he was thinking about ways to feature world-class soloists at a time when international travel was still uncertain. If you couldn’t bring overseas artists into the country, then why not celebrate and promote the artists already here – and indeed those already in the Orchestra? As a result, the Orchestra’s Autumn Season showcases the Sydney Symphony’s Principal Oboe Diana Doherty, Principal Trumpet David Elton (who is also Principal Trumpet of the London Symphony Orchestra), and Principal Viola Tobias Breider, who will play the Stamitz concerto.

“I felt that we hadn’t really had a viola concerto for a long time,” says Haveron. “We haven’t had a viola soloist visit us, and we haven’t featured that instrument. Tobias has performed the Mozart Sinfonia Concertante on a number of occasions, so he is a partner in the soloist realm – but I just thought it would be a great idea to actually hear the Stamitz Viola Concerto.”

“It may not be familiar to audiences, but it is extremely familiar to any orchestral player who has ever attended a viola audition – it is the standard work by which we judge any candidates who are seeking a job, so you hear the first five minutes of that piece in almost every viola audition. It’s a charming and a great little work in the Classical style, so it’s a good opportunity to hear the whole piece – and properly, with the real accompaniment.”

“I hope that every viola student in the country will try and attend. It’s a one-off chance to hear the piece properly, and hear how it should be done!” 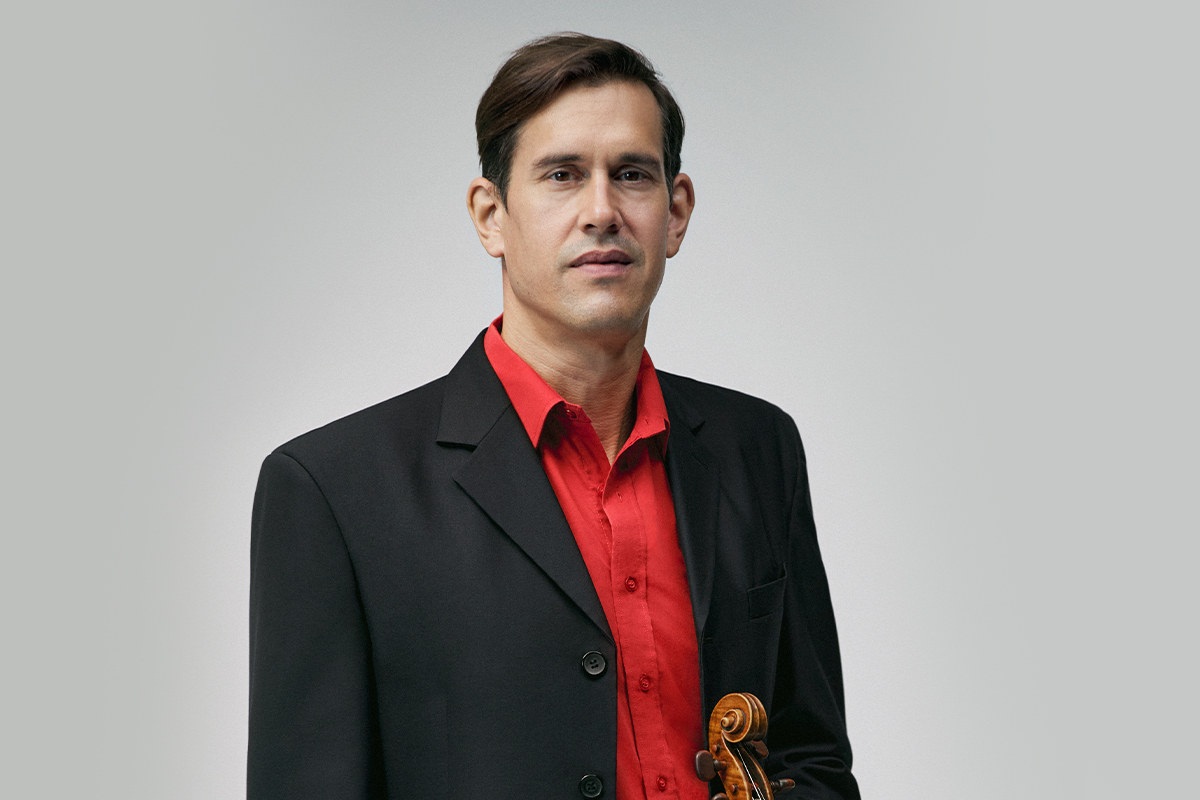 It is also a rare example of a concert focussing on a brief historical window. The orchestra’s programming is usually very varied, presenting works united by a thematic or sonic thread, but it is rare to hear three works composed so close to one another, and to hear how music developed in the second half of the 18th-century. It is especially revealing to listen to Beethoven in this context, and to hear just what a leap forward he made.

“It’s very difficult to hear the shocking things that Beethoven did, because we’re so used to it,” says Haveron. “Beethoven 1 compared to Beethoven 9 – I won’t say it’s nothing, but it doesn’t even sound like the same composer. He made such an extraordinary journey and developed so profoundly in his craft. But hopefully this pairing will set off what Beethoven achieved even in his first symphony and give us a good place with which to experience that.”

But these other works are no mere foils to the great Ludwig van. Both are beautifully constructed little gems, sparkling examples of the extraordinary developments in music at the time, and how Mozart, Haydn and the professional orchestras at courts around Europe – in particular at Mannheim – were rapidly expanding the possibilities of what music could be.

“History filters out a lot of stuff, and we end up with ‘The Masterworks’, ‘The Best Of’, if you like,” Haveron says. “But there is a lot of music that is well worth exploring and enjoying that is slightly in the periphery, or surrounding those great masterpieces.”

The other exciting aspect about this program for Haveron is the very different experience of play-directing from the Concertmaster’s chair, rather than having a conductor out the front. Interestingly, Haveron says it isn’t so much his preparation that is different, but rather the experience of performing with his colleagues in the orchestra, and having to build something collectively rather than take direction from a pointy white stick.

“My process of rehearsing as a director is very much to delegate,” says Haveron. “We are so used to the complete command of a conductor, and you have your relationship through your eyes with a baton – each player looks at the baton to verify that we are all at the same place, all at the right place – that’s the easiest and quickest way to feel comfortable. But obviously if the baton isn’t there, if there’s no one there, you have to switch to your ears much more – 100 percent listening to what’s going on and delegating the role of leadership.”

“Because obviously if the oboe has a tune, or the second violins have a more important part, that’s where we have to shift our focus, and that section, or that player, has to take the lead. And I much prefer not giving in and waving my arms around for no reason.”

“[Without a conductor] we play chamber music. Which gives us a platform to be spontaneous, and to listen, and adjust, and follow how it is going in the moment. So it’s a little bit like taking the safety net away, and it is a very exciting feeling.”