About a year before the pandemic hit, Polly Rowe, (outgoing Literary Manager at Sydney Theatre Company) and I were tossing around ideas for a new play. We’d worked together on The Hanging, an STC commission developed as part of my Patrick White Fellowship. The Hanging was a contemporary riff on that quintessential Australian novel, Picnic at Hanging Rock, and it sat very comfortably in the Australian Gothic camp. As is my penchant as a playwright, things did not end well for one of the characters. Most audiences left the theatre somber and contemplative, not smiling and joyous. I used to have a grim reputation among my creative peers for writing stories about babies left in bins. It did seem that everything I wrote involved a dead child or a child at risk. Since becoming a parent, I’ve kicked the habit – but no promises I won’t relapse. 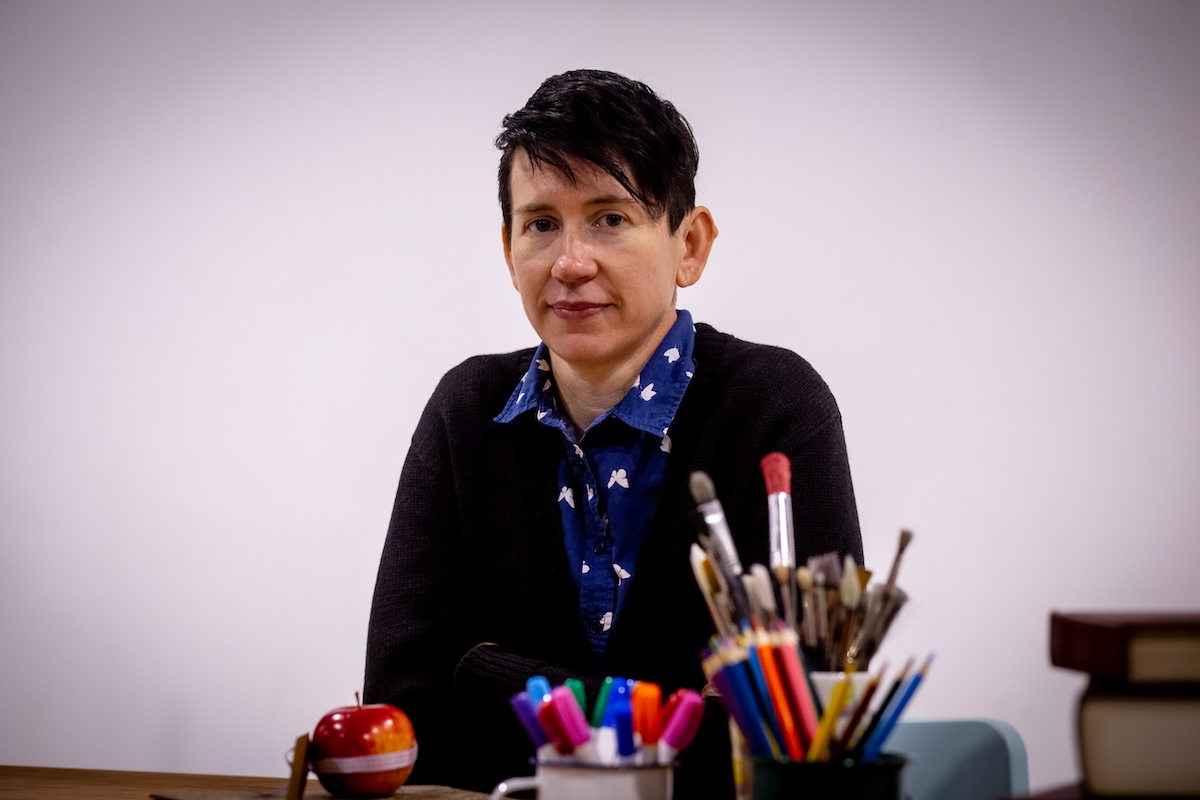 After The Hanging, my focus was on writing for the screen and I made a pact with myself that if I were to embark on a new play, it would have to be a challenge. Why put myself through the emotional slog and risk that comes with writing a play (particularly in a pandemic) if it’s a repeat performance of old tricks? When I told Polly I was thinking of writing a comedy, she was thrilled and reminded me that Australian comedies are rare as hen’s teeth, or something to that effect. I soon discovered there’s a reason why comedies are rare. They’re hard. Really hard.

My writing journey began with thinking about the comedies that made me LOL: Ricky Gervais’s After Life, Derry Girls, This Way Up. In those shows, the comedy comes out of the characters and culture, and an absurdity that feels confrontingly truthful. I also watched Gervais’s comedy specials Humanity and SuperNature, as well as Hannah Gadsby’s Nanette and Douglas. In Gadsby’s shows there are long stretches where there are no laughs at all, but I kneel down and worship at Gadsby’s feet for the intelligence of her humour and the brilliance with which she structures her shows. Great comedy is setting up a joke and then circling back, again and again, in the most unexpected ways. Gadsby is a genius at that and she’s more than happy to deconstruct her techniques. Gervais is not bad either but his last show, SuperNature, in my opinion, was such a desperate defence of his outdated humour that I switched off. That’s another lesson I’ve learnt about comedy: it should seem effortless.

Comedy, like milk, expires. Really quickly. Perhaps it hasn’t always, I’m not sure, but most comedy is culture specific and our culture is moving so fast (blame Twitter and TikTok) that what was funny yesterday, isn’t necessarily funny today. It’s the reason why so many old white male comedians are so angry and confused. They wake up one morning to find their humour is offensive or worse, irrelevant. Actually, it’s always been offensive, but public tolerance for it has shifted. These old white men are struggling to keep up, so they lash out and accuse woke culture of ruining their profession. They argue wokeness is killing comedy – but what is wokeness, other than an awareness of injustice? Do they think we should throw justice out the window for the sake of a laugh? We are sharing and disseminating ideas about power at such a rapid rate these days that it’s hard for even the best of us to keep up. That’s OK, the essential thing is to keep an open mind and to always try to empathise with difference.

In the process of writing the comedy Chalkface, which is set in a primary school staffroom, I’ve had to ask myself more than once, is this joke punching up or is it punching down? And if it’s punching down, it has to go. I don’t want to be that writer who makes fun of the powerless, because that would be bullying. I’ve realised that comedy is fundamentally about power. Who has it? Who doesn’t? Why not? In that sense, comedy can be incredibly political, it can seduce us into engaging with big and difficult ideas without switching off.

Chalkface is about the here and now. It’s about our education system in crisis, and with the spate of industrial actions by exhausted teachers across the country, it feels absolutely in the zeitgeist. Chalkface is not a play that will be performed 10 years from now and I’m more than OK with that, because it’s freed me to make reference to the pandemic. Don’t panic, it’s not over-egged, I hope. I think there’s therapy in a play that references an event we’ve all endured, albeit with varying degrees of severity and privilege.

Those rare Australian comedies that have managed to transcend their time are steeped in nostalgia. I’m thinking of my favourite, After Dinner by Andrew Bovell, which was reprised by Sydney Theatre Company in 2015 and State Theatre Company South Australia in 2018. I find this play hands-down hilarious and so much of its humour comes from the whack sensibility of the 80s. What’s not funny about that decade? Half your work is done just with the costumes. The brilliance of After Dinner and the impression that remains when you leave the theatre, are its real and desperately lonely characters struggling to love and connect and in that sense the play feels universal and timeless.

In addition to comedies like After Dinner that have entered our canon, we need comedies that have an expiry date, that speak specifically to our current experience, which goes back to a central idea that Polly and I kept circling in the early days of developing the play – the idea of community. What is it? Where is it? Does it exist? Turns out – surprise surprise – community is essential to our survival. We are, like the feted guinea pig in Chalkface, communal creatures. It’s not just the pandemic that’s proved that; it’s the endless succession of floods and fires, crises where communities have cared for one another in a way that politicians can’t. When the calvary fails to arrive, we still have each other and that means everything right now. We have to protect and nurture these communities, in our schools, our workplaces, our neighbourhoods, no matter what. With mental health issues skyrocketing around the world, I’m convinced that being a part of a community, can be a powerful medicine.

Writing through a pandemic, I couldn’t bear the idea of creating something bleak. Life was bleak and hell, I was struggling to homeschool. In Chalkface, I’ve written a world we all know, a world we can sit in and share because while we can turn on Netflix and watch a comedy special anytime, anyplace, nothing beats the experience of laughing together in a (COVID-safe) space.

Chalkface, by Angela Betzien, is a co-production between State Theatre Company South Australia and Sydney Theatre Company. It premieres at Dunstan Playhouse in Adelaide 5–20 August, before heading to the Drama Theatre, Sydney Opera House, 15 September – 29 October, and Riverside Parramatta and Canberra Theatre Centre in November.