Adelaide Symphony Orchestra has appointed Nicholas Braithwaite as Conductor Laureate in recognition of his long, distinguished association with the orchestra. Braithwaite began his more than 30-year relationship with the ASO in the early 1980s, and was Principal Conductor between 1987 and 1991. 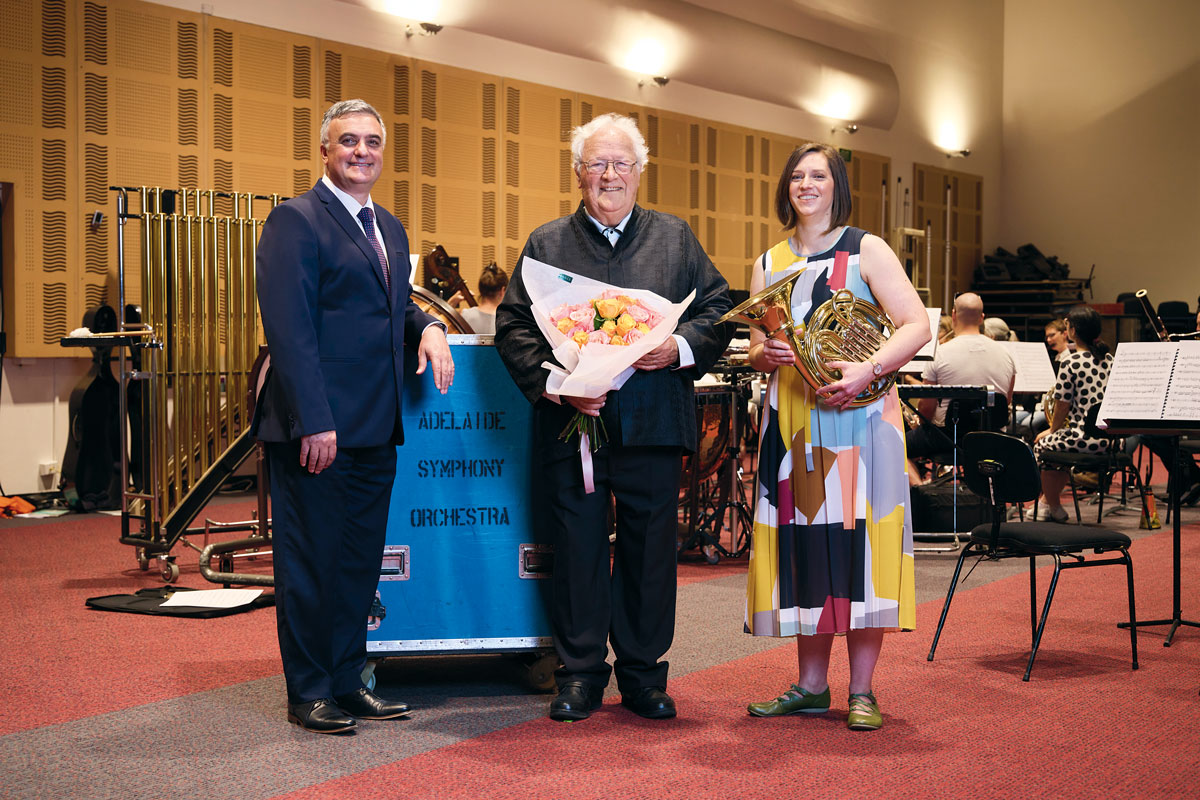 Not only has he conducted hundreds of concerts, but he has led the ASO in recordings of Shostakovich’s Symphonies 6, 7, 8, and 9, Elgar’s Cello Concerto with Li Wei Qin, Sea Songswith Elizabeth Campbell and French organ concertos with Simon Preston.

His repertoire has centred around German and Russian music and he is regarded as an outstanding Wagner conductor, having conducted all of his works from Rienzionwards, including seven...

Tour diary: Acacia Quartet take their music to the regions

Anna Martin-Scrase takes us on the road for the inaugural Music in the Regions tour.

Music in the Regions begins its inaugural tour

Executive Director Janine Collins discusses the aims of the initiative and the inaugural tour by the Acacia Quartet opening tonight.