German-American violinist David Garrett will make his big-screen debut this year as the 19th-century Italian virtuoso Niccolò Paganini (1782-1840). The Devil’s Violinistfocuses on the mythical Faustian pact Paganini is said to have made in exchange for superstar status and unsurpassed prowess on the violin, demonstrated in the pyrotechnic feats of his Devil’s Trill Sonata. 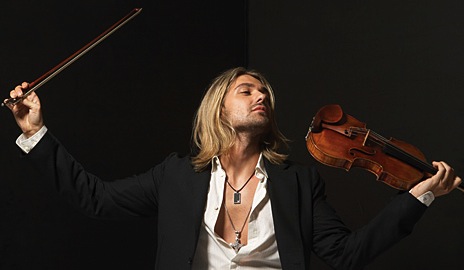 The film will be written and directed by Bernard Rose, who made the Beethoven biopic Immortal Belovedin 1994, and has a budget of between US$15m and $20m. Filming begins is set to begin in Europe in August 2012.

Like his idol Paganini, Garrett is a seasoned showman of considerable technical ability, having broken the Guinness World Record for the fastest violin playing by shredding through Rimsky-Korsakov’s Flight of the Bumblebee.Signing to Deutsche Grammophon at the age of 14, he recorded Paganini’s 24 Capricesfor the label while still in his teens, but has since rebelled against his strict classical upbringing in a slew of crossover projects, including last year’s Rock Symphonies album .

The 31-year-old considers Paganini “the first rock star” and told Variety:“It has been a lifelong ambition to be involved in a...

In an exclusive interview the Dutch virtuoso talks about Brahms, her Stradivarius and her musical family.

Fungal infection may be next best thing to a Strad

What makes the world’s most expensive instruments so special? Why are they synonymous with beautiful sound? Continue reading Get unlimited digital access from $3 per month Subscribe Already a subscriber? Log in

Your chance to meet the ACO and their new Strad!

Enter our competition today to experience the ACO in rehearsal for their Baroque Virtuositour. Continue reading Get unlimited digital access from $3 per month Subscribe Already a subscriber? Log in

The ACO's assistant leader has become the proud player of a rare $1.79-million violin.

A $10-million violin goes to a worthy cause.