For someone who is not yet 30, American violinist Esther Yoo is thoroughly cosmopolitan. Describing herself as ‘tri-cultural’, she was born in the US to South Korean parents, who relocated first to Belgium when she was six, and later to Germany. It was only during the pandemic, however, that she finally got to spend a significant amount of time in her ancestral homeland, finding herself unexpectedly locked down in South Korea. For the acclaimed musician who shot to prominence as the youngest prize-winner of the 2010 International Sibelius Violin Competition and one of the youngest ever prize-winners of the Queen Elisabeth Competition in 2012, it was a time for reflection away from the unrelenting demands of an international touring lifestyle. 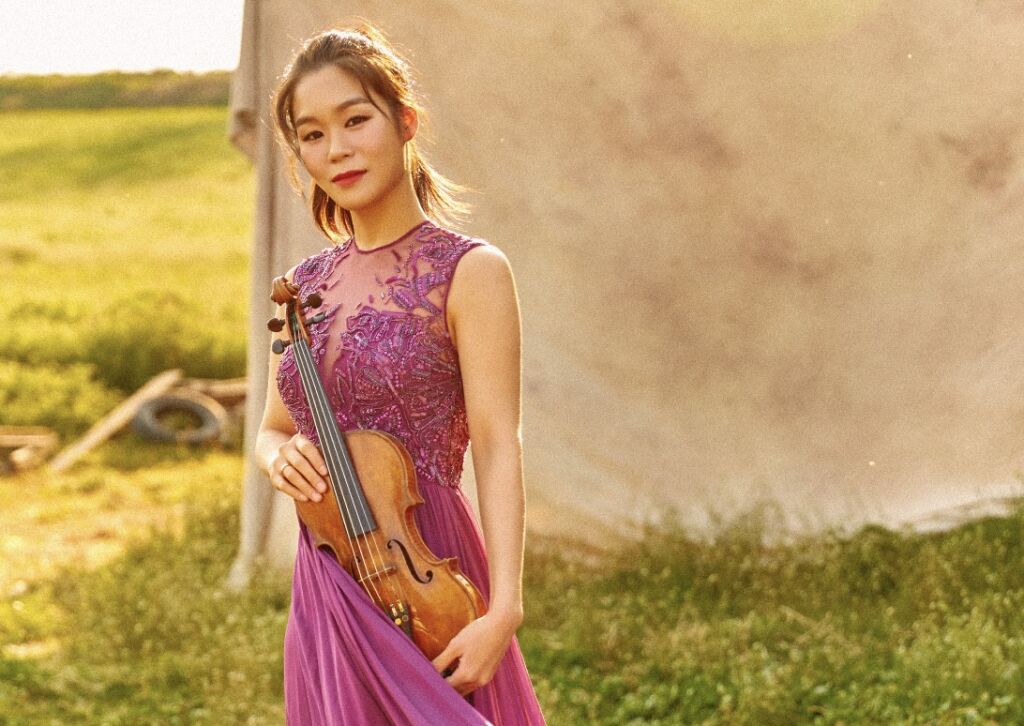 “It’s definitely been a moment of transition,” she explains over Zoom from her home in Brussels. “Things have changed in terms of what audiences want and what artists want to do. Everything is still shifting – I don’t think even now we can say how things will be for concerts in the future.”

Not only is Yoo a leading international soloist, but she also has a fine track record on disc with Deutsche Grammophon. “Her dark, aristocratic tone is treasurable… She plays with compact vibrato and can pare her sound down to a fine pianissimo without her 1704 ​‘Prince Obolensky’ Stradivarius ever sounding undernourished,” raved Gramophone Magazine about her Tchaikovsky concerto with Vladimir Ashkenazy and the Philharmonia Orchestra in 2017. She’s a keen chamber musician too, touring and recording with the Z.E.N. Trio, which she co-founded in 2015 with fellow musicians cellist Narek Hakhnazaryan and pianist Zhang Zuo, who she met as BBC Radio 3 New Generation Artists. Australian audiences will get the chance to hear them this August thanks to Musica Viva Australia, which has invited them to make their anticipated Australian debut as part of a 10-venue tour.

Yoo, who was born in 1994, started learning piano at age four, inspired both by her parents’ enthusiasm for music as a tool for educational development and by the example of her maternal grandmother who had also learned piano. “But the violin was my choice,” Yoo declares. Taken along to concerts in New York, she was struck by the likes of Perlman, Midori, Sarah Chang, but she was equally hypnotised by the violin section in orchestras like the New York Philharmonic. “It might have been something about them being at the very front of the stage,” she smiles, “but I think the clarity and the sound of the violin just hit me. And seeing soloists on stage – there was something very charismatic about it.” 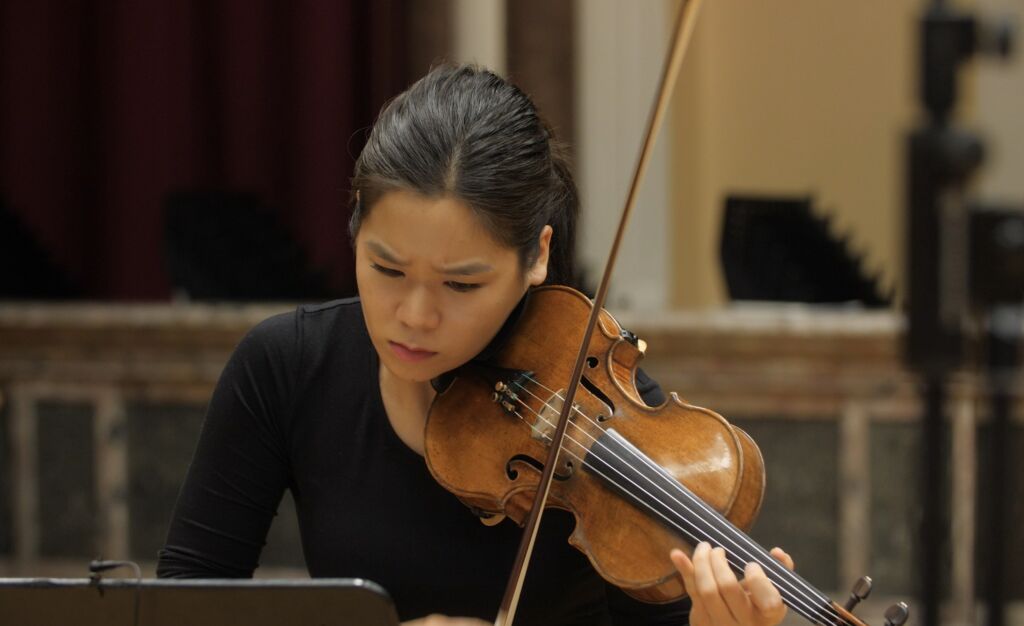 Violin lessons also started when she was four, and at age eight she made her debut playing Paganini’s First Concerto in Brussels (though before that she recalls playing Mozart’s Third Violin Concerto and soon after had the Mendelssohn concerto in her repertoire). As a curious child with diverse interests, however, she kept her options open, and her parents were keen that she should attend a regular school, where she would get all the usual experiences of being a kid. “I was lucky in that sense,” she reflects, “and I was never cornered into having to be a musician. There was never an ‘aha!’ moment when I thought I must do this for the rest of my life. It was a very gradual process.”

Nevertheless, at the age of 16 she was a prize winner at the Sibelius Competition a path and a professional path seemed clear. “I never loved competitions. I valued the experience of preparing for them, because it is a very rigorous process, but I also knew that competitions were not the reason I was making music,” she explains.

The following year, in 2012, she decided to enter the Queen Elizabeth Competition despite her youth and relative inexperience. Having grown up in Brussels, it held a special place in her heart. Of course, she could have waited for the next opportunity four years later, but it turns out she had made a secret vow. “Nobody really knows this, but I had made a promise to myself that I didn’t want to do competitions after the age of 20,” she confesses. “From 20, I wanted to move on to bigger and more professional opportunities.”

For the Queen Elizabeth, she chose the Beethoven Concerto, despite being told she was crazy to play it at her age. “It was a piece that I felt very connected to and wanted to say something through,” she explains. “It has an element of purity, but it’s also very complex. The art is finding a balance, but also bringing out the elements of chamber music with the orchestra. There are so many ethereal moments that are so precious. It was a risk, but I wanted to take that risk.” 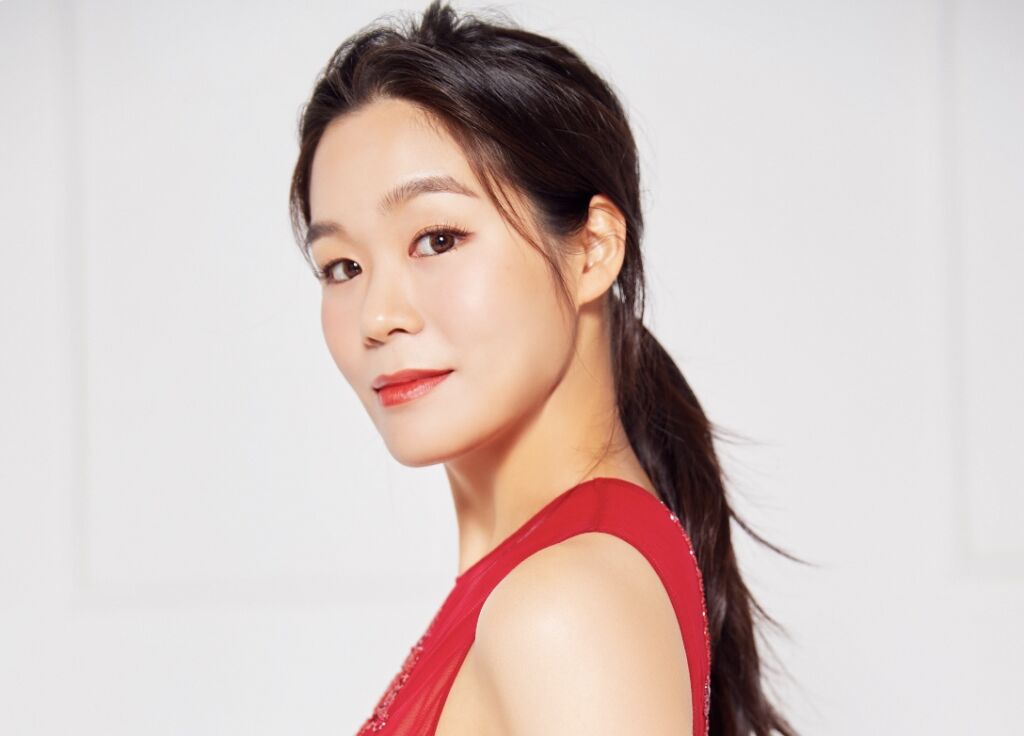 Successes in Helsinki and Brussels proved an excellent launchpad for an international solo career and Yoo soon found herself playing with a whole range of leading conductors and orchestras. She describes the Philharmonia as having been like family to her from an early age, while, among conductors, she cites the influence of Vladimir Ashkenazy, with whom she recorded the Tchaikovsky, Sibelius and Glazunov concertos. Most important of all was Lorin Maazel – her first “Maestro mentor” as she puts it – who was with her on her first tour and who conducted her London debut. “I met him when I was 16,” she recalls. “I miss him very much. He was not just one of the greatest conductors, but he was a violinist himself so we would work together not just for concerts. When he was in London, I would go to play for him whenever I wanted to discuss music.”

“One of the key concertos I worked with him on was the Tchaikovsky. It was a magical experience because he would be sitting on the couch and just take my violin and play it right there and then. Those memories are precious and stay with you for your life.”

In 2014, a very different opportunity arose when she was invited to be one of the BBC’s New Generation Artists. The two-year scheme, which has benefited musicians from Benjamin Grosvenor and Igor Levit to the Danish String Quartet, enables a range of performance opportunities with the various BBC Orchestras and appearances at music festivals, including at the BBC Proms where, in 2016, Yoo made her debut with the BBC Philharmonic playing Vaughan Williams’ iconic The Lark Ascending. It also gives artists the chance to make studio recordings with BBC Radio 3. “Especially as a young artist, recording is very difficult to get experience with, so it was very, very helpful for me to learn that art,” she explains. “It’s a different mindset and sometimes a different way of playing as well.” 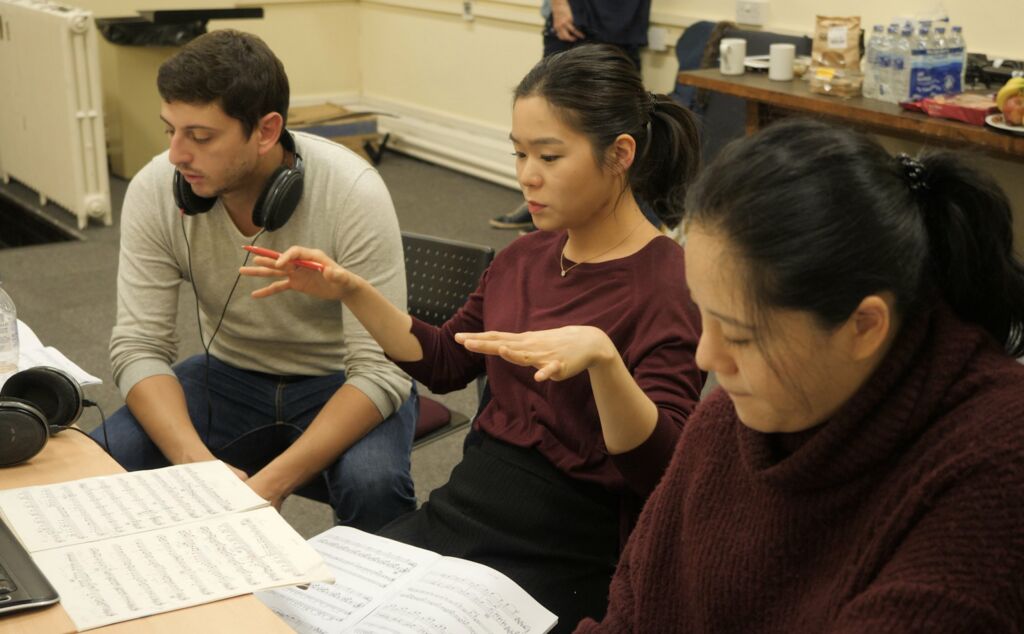 The Z.E.N. Trio in the recording studio. Photo © Pieter Peeters

She also cites the importance of the NGA community, which offered her the chance to meet and play with the two musicians who would become fellow members in the Z.E.N. trio: Chinese pianist Zhang Zuo (familiarly known as ‘Zee Zee’, and one of the 2013 NGA intake) and Armenian cellist Narek Hakhnazaryan. “We had all heard of each other,” she recalls, “but the human interaction was great, and we had a lot of fun recording for Radio 3 even though we had only just met. Musically our styles complemented each other, there was an exchange of ideas, and I felt I had so much to learn from Zee Zee and Narek.”

Yoo has visited Australia only once previously when she played the Sibelius concerto with the Queensland Symphony Orchestra, aged 17. “I hugged an adorable koala, and I was very happy,” is how she remembers it. This time she will be playing with the Z.E.N. Trio in cities and towns coast to coast. “I’m very, very excited to see more of Australia, see more of nature and meet the audiences,” she admits. “I know how much it has to offer.”

The Musica Viva programs will feature either Brahms’ First Piano Trio or Dvořák’s “Dumky” Trio alongside a relative rarity: Arno Babadjanian’s Piano Trio, a 1952 work written shortly after the Armenian pianist-composer had been awarded a coveted Stalin Prize. “Zee and I didn’t know it until Narek introduced us to it. It’s a piece that definitely deserves to be heard more, which is why we recorded it,” Yoo explains. “It was written in the Soviet era eight years after Shostakovich’s Second Piano Trio, yet it’s so full of life, so brilliant in a virtuosic sense and in its richness of colours. The second movement is so beautiful and there are ethereal moments where the sound has to be this golden thread. It’s a magical work.” 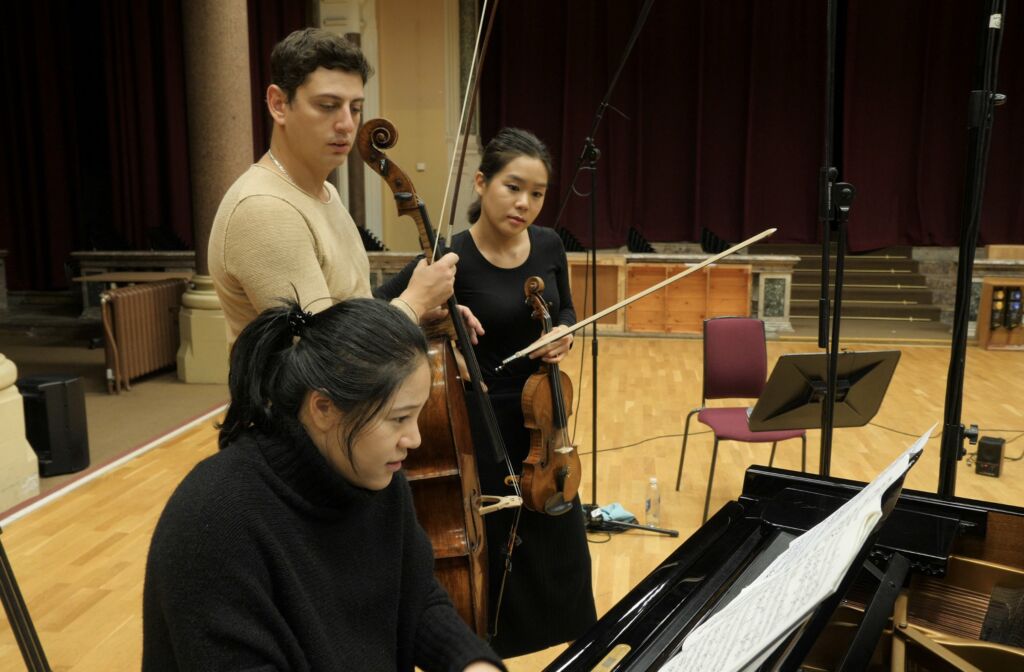 The Z.E.N. Trio in the recording studio. Photo © Pieter Peeters

Music Viva has also commissioned Matt Laing to create a new work for the group, though they have only had the chance to look at it in isolation before rehearsals commence in Sydney. “It’s in five movements and each movement has been inspired by a line in a poem, but he hasn’t specified what the poem is, so I look forward to picking his brains about that when we meet,” she laughs.

The trip to Australia is the first time the three friends will have had to rehearse and perform together since the global lockdowns of 2020 confined them in different countries. “Zee Zee and I just played together last week in Aspen, and it was so nice to see her again – she’s had a baby over the pandemic!” she explains. “But we’ll have a lot of catching up to do with Narek.”

So, did Yoo change herself during the pandemic? She talks about it now as an important experience, one which saw her grow as both a person and as a musician. “I had been in this hamster wheel,” she admits. “Before the pandemic my identity always felt tied to my violin, and that’s a good thing, but it’s a lot of pressure. I was so anxious for the first few months because I realised, I didn’t know who I was without my violin. There was work I needed to do to discover that.”

Equally important was the opportunity to get in touch with her roots. “I spent most of that time in Korea where I have never lived before – even though I am Korean – and that was quite a process, getting to know who I am as a Korean person,” she reflects. “In some way that completed me. Now I feel more comfortable in my body, I guess, and that translates into making music, too.”