Most television presenters are accustomed to the scrutiny of close-ups and headshots, but for Fenella Kernebone, former host of ABC’s Art Nation,seeing her visage writ large on a 1.38m-squared canvas was confronting.

Then, to find Nick Stathopoulos’s portrait of her hanging in the Art Gallery NSW as one of the 41 finalists in the Archibald Prize ­– an event she has covered on television in previous years – was even more of a shock. 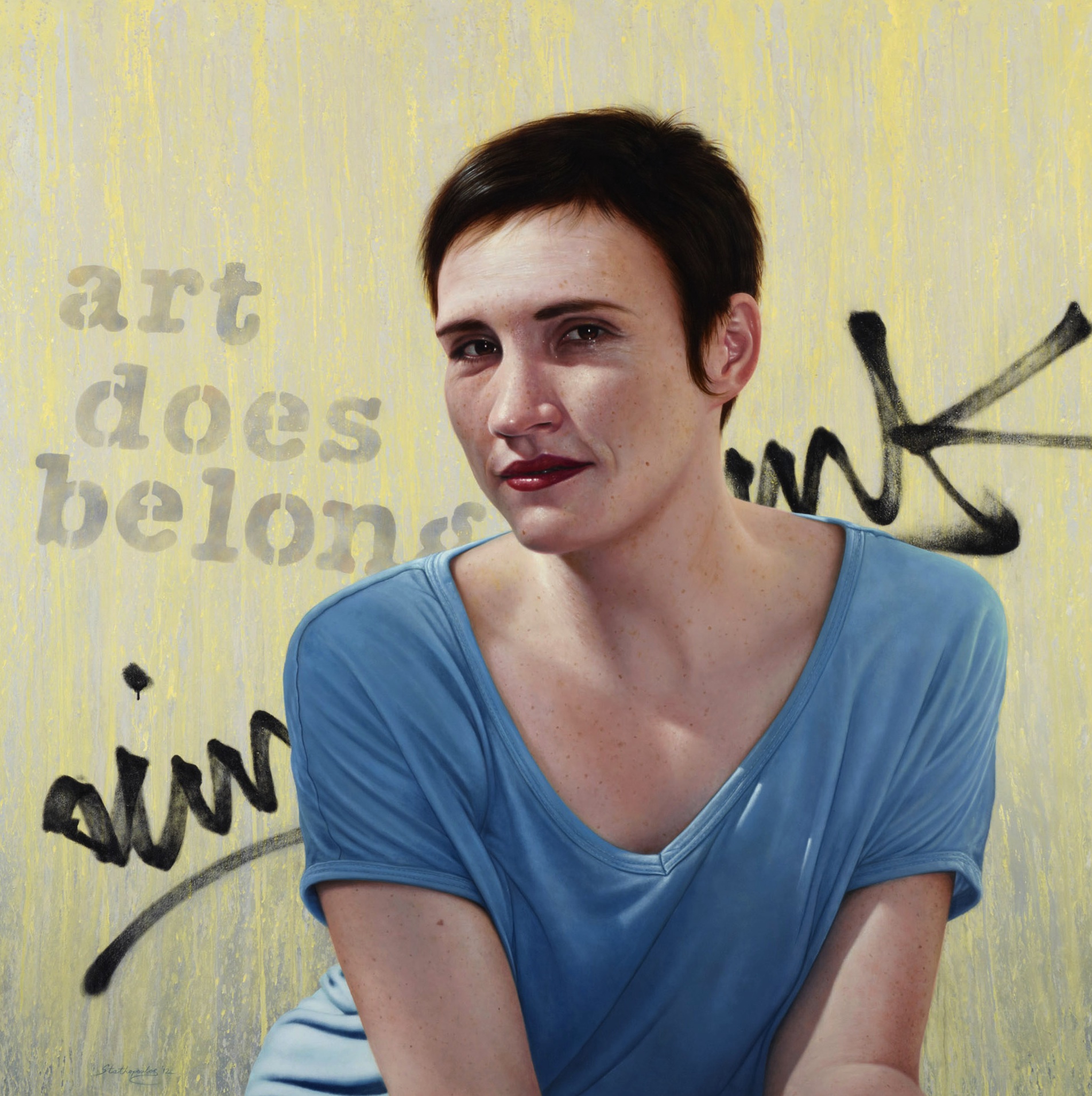 “It’s huge – much bigger than me. He spent lot of time with my mug!” she laughs.

“I love Nick’s hyperrealism; he takes forever to create a portrait. His work is incredibly detailed and intricate.”

Stathopoulos clearly watches a lot of television: he was exhibited as a finalist in the 2008 Archibald Prize for his portrait of At the Movieshost David Stratton asleep in a darkened cinema, and in 2003 for a tribute to his childhood hero Mr Squiggle and puppeteer Norman Hetherington.

Although he “always thought Fenella was very striking and would make an interesting subject”, it was the demise of her ABC show Art Nation at the end of 2011 that compelled Stathopoulos...