Asked by the Festival of Voices if he would conduct a large-scale work for the 2022 festival, taking place in Tasmania in July, Graham Abbott suggested Handel’s four Coronation Anthems.

The performance on 3 July will require the chorus to sing on their feet for the entire work. Abbott – who is a great champion of Handel’s music – will lead an intensive five-day workshop from 29 June to 3 July to assemble and prepare the singers for the performance at Federation Concert Hall, Hobart, accompanied by the Hobart Chamber Orchestra. 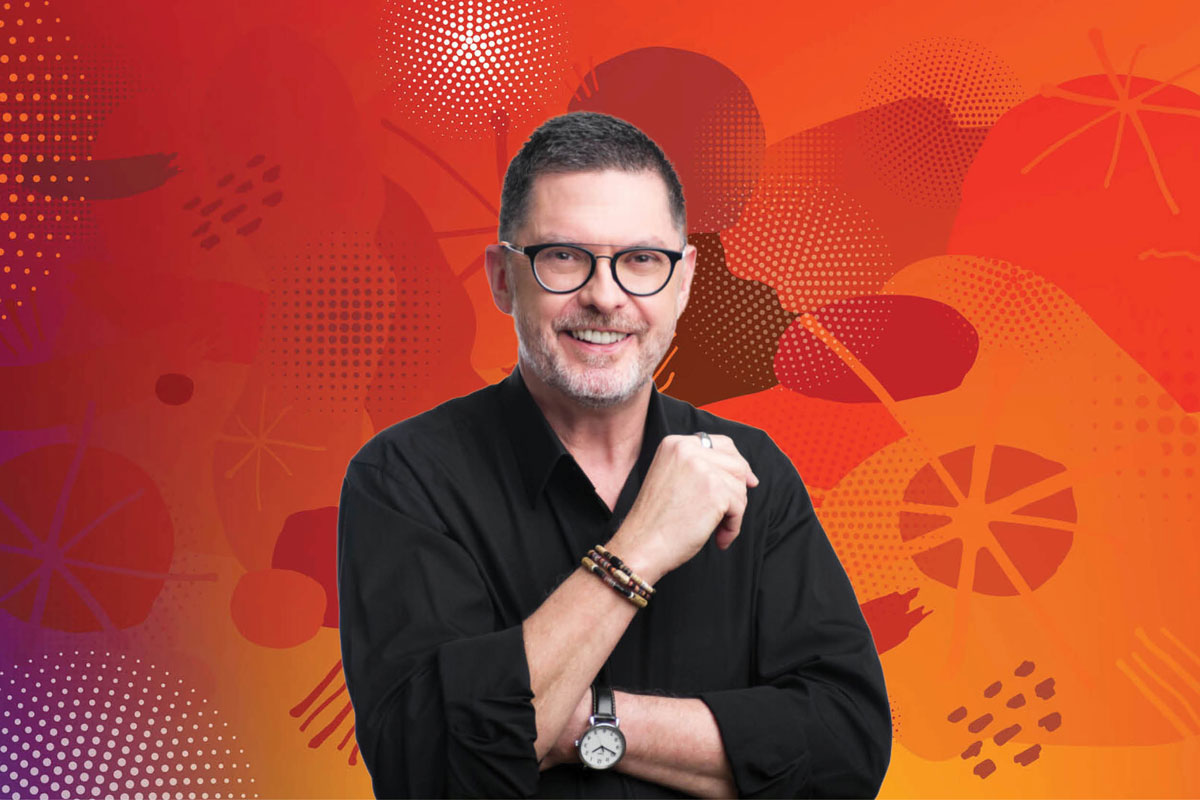 With a career conducting all of the major Australian orchestras, opera companies, choral societies and many early music and contemporary music ensembles, Abbott oversaw the Cherubini Requiem at the Festival of Voices in 2019 and had planned to follow up with conducting a Rossini Mass in 2020, but COVID-19 intervened.

Handel has now supplanted the planned Rossini – which was to have been in the original version, using two pianos and a harmonium – because the festival requested something orchestral, stemming from the desire to stage something on a larger scale in 2022.

The Coronation Anthems, using three trumpets, timpani, oboes, bassoons and strings, are enduring favourites, for which we have the British royal family to thank: every coronation since that of George II in 1727 has featured Zadok the Priest, one of the four anthems.

“It was such a coup for Handel to get the commission to write the anthems,” Abbott tells Limelight. “Handel wasn’t Master of the King’s Music; he wasn’t even known as a composer of sacred music. He was known as an opera composer and hadn’t started writing his oratorios.”

“[But] he didn’t disappoint; the introduction to Zadok the Priest is one of the great moments of theatrical music. The other three anthems are no less magnificent.”

The Anthems have their challenges, being in five or six parts rather than the usual four, and there’s lot of fugal entries, with counterpoints and interplay of lines. Handel’s music is “monumental in a way that makes it work on a big scale”, says Abbott.

The workshops, to be held at Hobart Town Hall, are “basically rehearsals”, he says. “We’ll take time out from the music and do exercises and try and address any issues I may hear as I put people together. It’s really an unknown quantity; we don’t know what we’re going to get until we get everyone together. Virtually everyone involved sings in their own choir, so we’ll see how the numbers go and have a lot of fun.”

What criteria must singers meet to participate? “They just have to want to do it. There’s no audition process, it’s a completely voluntary setup. All the Hobart singers have already been having rehearsals. So, there’s a lot of work done before I arrive.”

Abbott’s background in teaching puts him in the right mind set to conduct, he says, because he sees the roles as similar. “You’re taking people from a known to an unknown. I have an idea of where I want them to be, and I have got to engineer that journey from one to the other.”

“My role as a conductor in leading this workshop is to make things as positive as possible. There’s a bit of psychology involved but there is for the singers, too: they need to be aware of their instrument, they need to know their music, they need to work together. That’s one of the great things about choral music: it’s a great communal exercise.”

In 2015, Goldsmiths at the University of London published a paper on the benefits of group singing – it found such singing enhanced mood, built self-esteem and confidence, exercised memory skills, enhanced sleep, and kept singers younger for longer.

What are Abbott’s thoughts on these physical and social benefits? “I couldn’t agree with that more,” he says, reflecting on the anxiety and separateness people have suffered in the isolation of the past two years.

“Certainly, [regarding] the physical and mental benefits, I’m no psychologist in the literal sense, but it strikes me people all working together in the common good, and the discipline of breathing and articulation and of thought, has got to be positive for people.”

As for the health benefits of conducting, “It’s the best workout I ever get!” says Abbott. “I work up more of a sweat when I conduct than when I do anything else.”

Is he in touch with the sublime when the choir and musicians come together and the experience flows?

“I sometimes feel awfully good when it all clicks. At certain points, I have the easiest job on the stage. At times I do feel elevated and in a special place, but it’s really important that you still be in control.”

“The real going into the sublime is the job of the audience.”

Handel – Four Coronation Anthems will be staged at Federation Concert Hall on 3 July as part of Festival of Voices, which runs at various venues in Tasmania, 1–10 July. More information.

"If the human voice is not a miracle, it’s bloody close," says Meg Bignell, whose new novel The Angry Women's Choir is released today. In this essay she discusses finding and using your authentic voice.

The Immersive Guitar: the instrument that is also a concert hall

Karin Schaupp takes us inside – literally – her newest project, which is heading to the Adelaide Guitar Festival in July.