When Erik Satie died in 1925, those closest to him were shocked to discover that the dapper French composer had lived in a filthy, threadbare room with to which he hadn’t admitted a single visitor in 27 years. Now a museum dedicated to his life and work, the dingy apartment was once strewn with hoarded umbrellas and newspapers that almost completely buried its most striking feature: two grand pianos placed one on top of the other, the upper instrument used as storage for letters and parcels. It was at once a haven and a prison for Satie, a secretive, introverted alcoholic who died from cirrhosis of the liver. 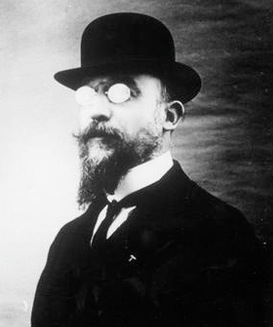 One of many mysteries about his life is how the self-styled “velvet gentleman” managed to keep up appearances, emerging from his squalid hovel so immaculately groomed (always in one of seven identical grey suits purchased in 1895 with part of a small inheritance) for the daily 10km stroll to his favourite cafés and local haunts in Paris.

It’s a subject that fascinates the Australian collective Various People Inc, whose new show for the Adelaide Cabaret Festival playfully draws on Satie’s enigmatic music and character. “Some...

With Mimir returning to the Melbourne Con, we talk to founder Curt Thompson about what to expect from this acclaimed festival in 2018.

With a commission from Musica Viva under her belt and now bound for the Curtis Institute of Music, the young composer discusses her musical tenets, the influence of mentor Carl Vine, and The Wiggles.