Sydney artist Jenny Sages has received the Archibald Prize People’s Choice award with After Jack, a self-portrait exploring her grief in the wake of her husband’s death.

It is a follow-up to her 2011 Archibald finalist  My Jack,a portrait of her husband in the last year of his life. 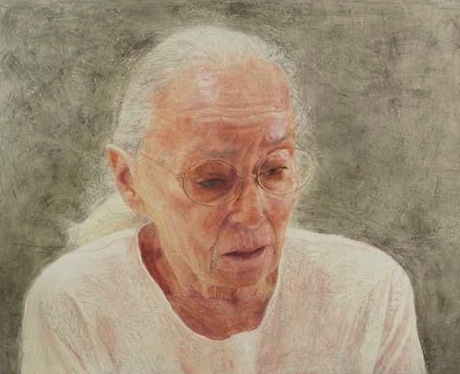 Sages, whose work has appeared in the Archibald Prize exhibitions 20 times over the years, said she was “overwhelmed and moved for this recognition”.

“I lost my husband Jack having shared 55 years together –he was my rock. Anything else I would paint for the Archibald seemed trivial to me,” she added.

Anne Flanagan, acting director of the Art Gallery of NSW, described  After Jack as a deeply “emotional piece”.

“This is a painting of [Sages] dealing with her grief after losing her husband. She felt shifted and healed, that she could put the work out there and begin to move on.”

More than 16,000 people voted in the People’s Choice award this year. It is rare for the same work to win both the Archibald Prize and People’s Choice – this year the main prize went to Tim Storrier’s playful self-portrait The Histrionic Wayfarer (after Bosch).

Prize in honour of the late Wagnerian soprano goes to the orchestra at her old stomping ground. Continue reading Get unlimited digital access from $3 per month Subscribe Already a subscriber? Log in

Operatic ‘Billy Elliot’ is officially recognised for his outstanding musical contribution to the UK. Continue reading Get unlimited digital access from $3 per month Subscribe Already a subscriber? Log in

America: The Painting of a Nation

The Art Gallery of NSW welcomes a diplomatic visual invasion from the USA. Continue reading Get unlimited digital access from $3 per month Subscribe Already a subscriber? Log in

The 14 greatest composer portraits throughout history

Not only did these composers write immortal music, they inspired history’s great artists to new heights of expression.

Portrait of Asher Keddie proves the popular winner from this year’s Archibald exhibition. Continue reading Get unlimited digital access from $3 per month Subscribe Already a subscriber? Log in