In his new memoir An Eye for Talent: A Life at NIDA, former Director John Clark describes NIDA’s profound impact on Australia’s arts and culture, and the creativity and theatres it seeded – including at an old church hall around the corner from NIDA. In this extract, he discusses the staging of a new Australian play, The Legend of King O’Malley, at the Jane Street Theatre in 1970. 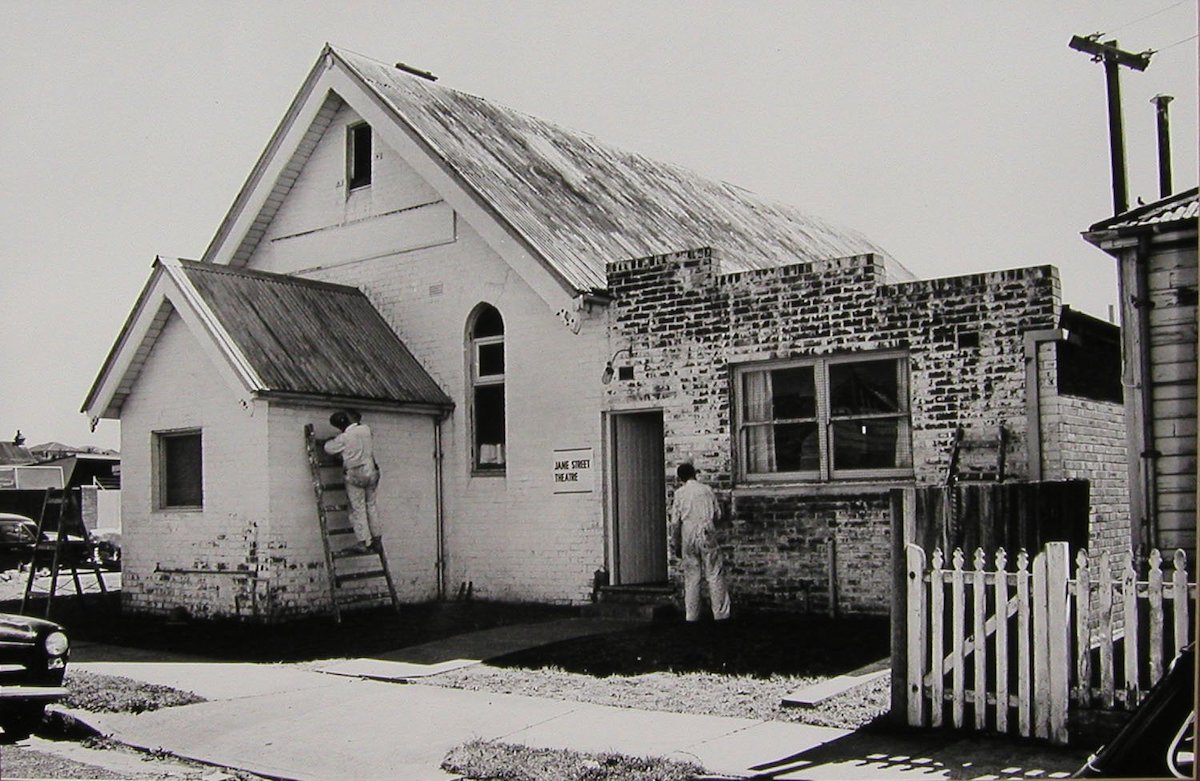 On a cold winter evening in 1970 80 brave theatregoers found their way to the tiny Jane Street Theatre, hidden away in a narrow Kensington backstreet surrounded by stables housing the horses that raced at Randwick Racecourse.

They had come to see yet another try-out of a new Australian play. Some had been there before and found the experience less than memorable. This time, they found the tiny foyer crowded with musicians and circus performers, including Pamela Stephenson as a half-man, half-woman. They were handed song sheets and ushered into the auditorium where a Southern American revivalist meeting was in full swing, led by King O’Malley, the First Bishop of the Waterlily Rockbound Church of the Cayuse nation. This was the beginning of a noisy, in-your-face larrikin theatre production that told the story of King O’Malley, the self-proclaimed founder of Canberra and the Commonwealth Bank.

The audience had never seen anything like it. Here was a play acted and written in a style that was quintessentially Australian: brash, loud, vulgar and funny. After the show the audience gathered around a wood fire in the minuscule foyer courtyard sharing a glass of cheap red wine with the actors. They had to be ejected at midnight so the student stage-manager could lock the theatre, go home and prepare for classes at 9.00 a.m. the next day. Harry Kippax’s review in the SMH spoke for nearly all the critics:

… This year’s NIDA graduate class of nine young actors bursting with high spirits – have taken by the scruff of its miserable neck that chronic malingerer in our cultural scene, the indigenous drama, force-fed it on language and music and sent it swaggering and capering gaudily down an improbable by-path of Australian history … I shall merely advise all who want theatre to be a force in our society to take themselves to Kensington before the show ends on June 27.

The Legend of King O’Malley had its beginning in Hobart when I was auditioning applicants for NIDA at the end of 1969. In the Hobart Theatre Royal I saw a riveting production of John Ford’s savage Jacobean melodrama, The Revenger’s Tragedy. The setting was the interior of a giant skull and the acting sensitive and believable, so different from the prevailing fashion for Shakespearean speech.

The director was Rex Cramphorn, who had stage-managed for me at NIDA, and the cast included many of the actors I had worked with two years earlier in my first A Midsummer Night’s Dream. The assistant stage-manager was Robyn Nevin. I invited the entire company to become the 1970 NIDA Advanced Course, to take Movement and Speech classes and perform two plays in the Jane Street season for which they would receive a modest income thanks to the NSW State Government. 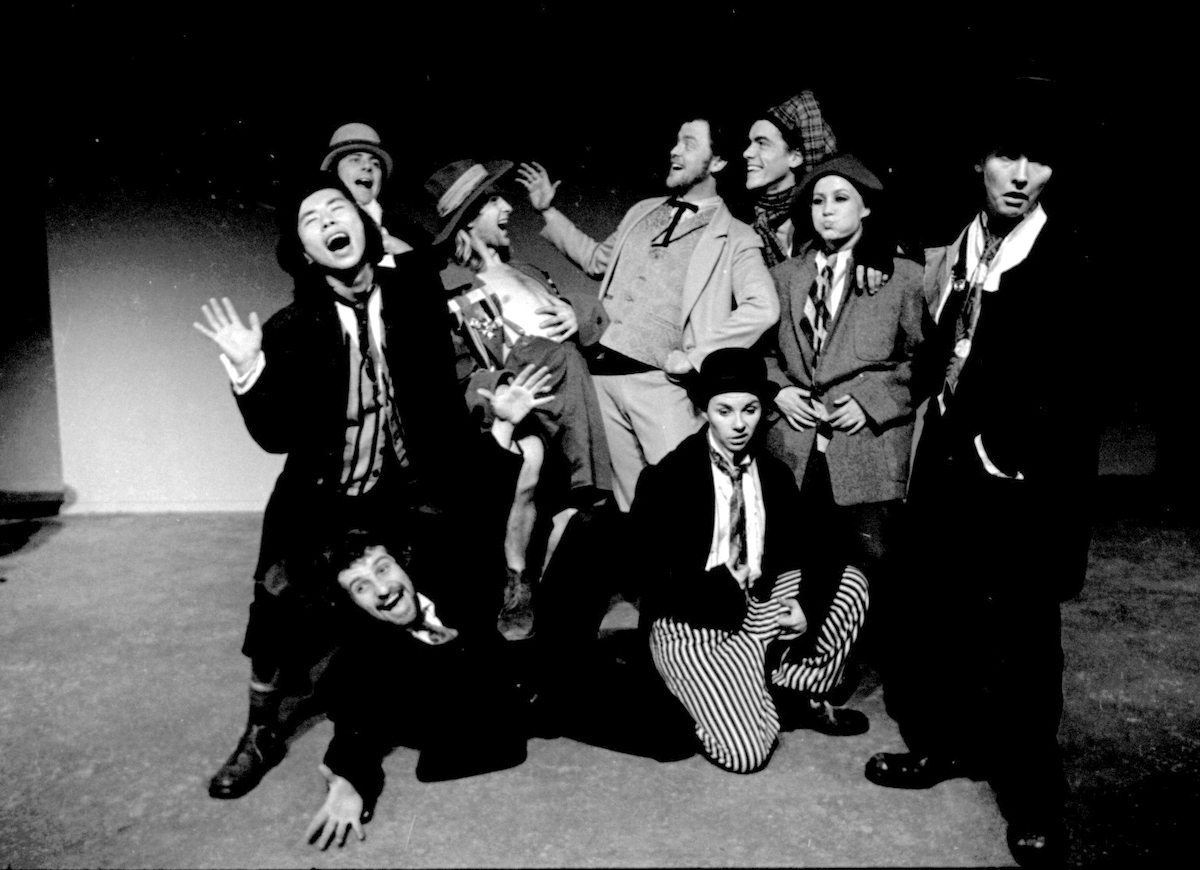 My 95-year-old Tasmanian grandfather had met King O’Malley where aspiring politicians did their electioneering prior to radio and television: the small-town pub on a Saturday night. He told me this was ‘before he went into politics’. I had read Dorothy Catts’ King O’Malley: Man and Statesman and thought the King’s life story might make a good play. An American by birth, he migrated to South Australia preaching evangelical Christianity and temperance, then moved to Tasmania and into a seat in the first Federal Parliament.

He was a flamboyant, larger-than-life character who espoused rights for women, played a major role in founding the Commonwealth Bank and, as Minister for Home Affairs, drove the first peg into the site on which Canberra now stands. King O’Malley died in 1953 at the age of 95, the longest living member of the first Australian Parliament. I suggested the idea of a play to John Bell and Michael Boddy, both teaching at NIDA. They accepted the challenge and brought in Bob Ellis, John’s fellow student from Sydney University, as a co-writer. We decided to open the 1970 NIDA Jane Street season with The Legend of King O’Malley well before the script was finalised.

John Bell was not enthusiastic about the group’s devotion to the avant-garde Polish director Jerzy Grotowski’s ideas of an esoteric, holy theatre, but John was so good at physical comedy that he convinced them that here was a different way to go. He gave them the freedom to improvise and create their own characters. They chose their own costumes from a pile John brought to rehearsal one day from the limited NIDA wardrobe. While John Paramor’s King was close to the real man, the Australian Parliament emerged as a bunch of loudmouthed clowns. Billy Hughes was played not as a dapper, middle-class, elderly statesman, but as a larrikin lout, dressed in short pants, army boots, long hair and a slouch hat. When I told my grandfather Billy Hughes was in the play, he said ‘A funny little bugger. Shook hands with him on the Somme in 1917’.

The Jane Street season quickly booked out. After a successful transfer to the Old Tote’s Parade Theatre the production was taken up by a commercial entrepreneur and played at the Phillip Street Theatre before the Trust managed a national tour. Over the next 30 years the play would be produced in 28 different Australian theatres. The Legend of King O’Malley not only created a new audience for Australian drama, it was the first of many plays by Australian writers to begin life as a try-out production at Jane Street. Before long all the major Australian theatre companies were staging works by writers who had been kick-started at Jane Street – Alex Buzo, David Williamson, Peter Kenna, Dorothy Hewett and Alma de Groen.

This is an extract from John Clark’s An Eye For Talent: A Life at NIDA, launched this month by Coach House Books and available from www.currency.com.au. Price $40.

One of Australia’s most iconic actors reveals her most cherished musical memories. Continue reading Get unlimited digital access from $4 per month Subscribe Already a subscriber? Log in