Violist Katie Yap previews her second Music, She Wrote festival for 3MBS Fine Music, which this year has the theme of ‘resilience’, exploring all the different ways in which women have had to fight for their place in music. 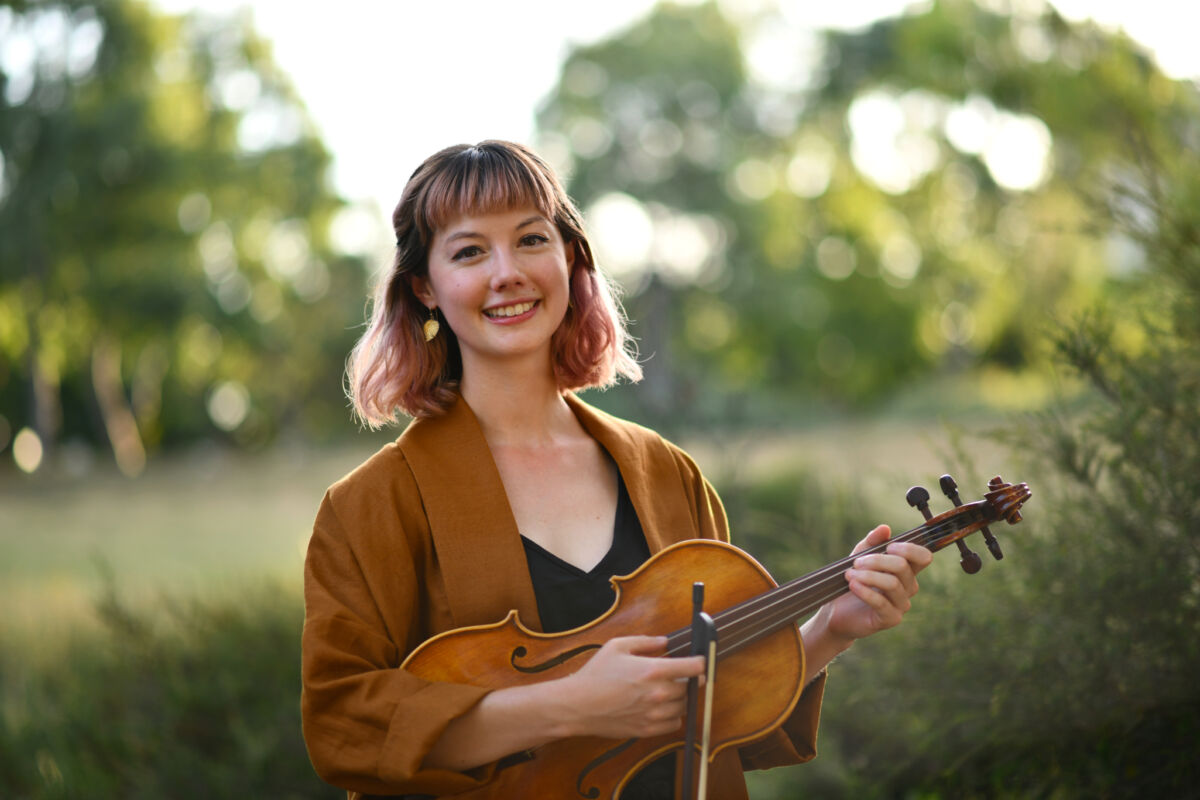 When 3MBS approached me last year to ask if I’d direct a new festival celebrating women in music, I first was flabbergasted, and immediately jumped at the chance! Music, She Wrote was born – a small chamber music festival showcasing the music of women over the centuries, and performed by the most exciting local Melbourne Classical, Baroque, folk, and jazz musicians. Last year, amidst lockdowns and huge uncertainty, we wanted to provide something that would lift audiences’ and performers’ spirits, and provide a sense of comfort. This year, our focus is on resilience – a quality that women have had to cultivate over history, and that we find ourselves as a society in great need of now.

This year’s festival is held over three concerts, each with its own theme. The first concert is called Restore, and it rediscovers things we’ve lost over the past two years: the vibrant energy of life’s bubbling rhythm; and voices raised together in song.

Flautist Eliza Shephard is known for her vitality and energy, both in her programming and in her playing. She told me that the concept for her set, which opens the festival, is to ‘bring the beat back’. Eliza has been championing female composers, especially with her project March of the Women – a seriously impressive feat where she releases a recording of a work for flute by a female composer for every day of the month of March. From high-octane works by Eliza herself (Don’t Knock, Smash) and Janice Misurell-Mitchell (Sometimes the City is Silent) to more conceptual pieces that reflect deeply on the society around them (Amy Beth Kirsten’s Pirouette on a Moon Sliver), Shephard’s set brings a wild exuberance back to music-making.

The Consort of Melbourne, in six-piece acapella form, takes the stage after Eliza. Their set celebrates the music written against all odds by female composers throughout Western musical history: Vittoria Aleotti and Maddalena Casulana, some of the first female composers to be published; Fanny Mendelssohn Hensel, who published works under her brother Felix’s name to protect the family reputation; and Clara Schumann, who felt she needed to curb her compositional output to better care for her family. They sing these works alongside music of modern composers Sally Whitwell, Alice Chance, and Cecilia McDowall. 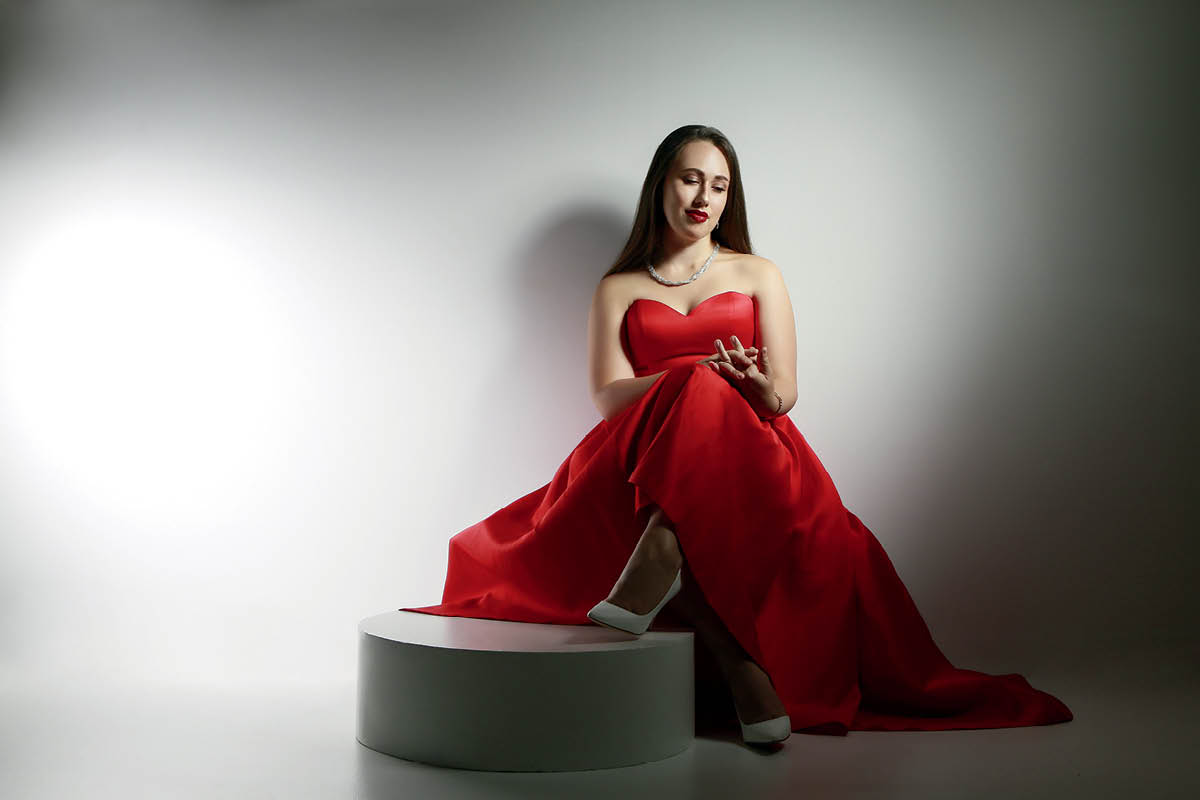 The second concert, Renew, celebrates humanity’s ability to reinvent itself. Hannah Lane (Baroque harp) and Chloe Lankshear (soprano) drew inspiration for their program from Virginia Woolf’s suggestion that for most of history, Anonymous was a woman. The duo play early gems from when women overwhelmingly created in secret, alongside their sisters who through their privilege or sheer guts could write under their own names – Barbara Strozzi, Francesca Campana, and Lucrezia Orsina Vizzana.

Then, folk duo Big Fiddle Little Fiddle take us back to the here and now. Louise (big fiddle) and Jess (little fiddle) say, ‘We gathered around us music written or inspired by women we love, and the brave and generous ways each navigates the often rocky and frequently precarious waters of life. In this way, the program is a small offering to all our female and gender-non-conforming loved ones and friends who constantly renew and replenish us with their relentless persistence and optimism.’ Their music is full of warmth, infectious rhythm, and rich harmonies that never fail to bring joy back into any room.

Women have long been considered meek; needing protection; and society has always condemned those who have failed to conform, particularly those who rebel. In the past century, that has slowly started to change, and we now see women refusing to smile and nod. There is a swelling of support for these women, and our final concert, Rebel, celebrates the nonconformist in all her forms – quiet, outspoken, soft or harsh. Selfishly, I’ve programmed myself into this concert by putting together a string quartet of Kyla Matsuura-Miller (violin), Emma Hunt (violin), and Elina Faskhi (cello) to explore a program that tells the story of female composers’ own rebellions. We begin with one of the US’s first published black female composers, Florence Price, with a set of miniatures that depict moments in a washerwoman’s day – intimate details of lives taken for granted. We go on to explore works by Australian composers: Hilary Kleinig’s Cockatoos, with a gorgeously evocative playing direction ‘swarky’; Emily Sheppard’s devastatingly beautiful Aftermath for singing violist; and Elena Kats-Chernin’s Blue Silence, with which she broke step with expectations for modern composers to write music that would care for her son, and has cared for many others since. We finish with the Polish composer Grażyna Bacewicz and her furiously triumphant Fourth String Quartet of 1951 – a work truly deserving of a place in the quartet canon.

Through this year’s festival, I hope that audiences will have their imaginations captured; escaping to different places and different times, rediscovering what they have been missing, and perhaps to rebel a little more. It is so special to celebrate the women in our field and the music that they write and play. As artists, we have the ability to help others find something within themselves they didn’t know they had – kindness, vision, rebellion, or resilience – and I think they will find all of these in 2022’s Music, She Wrote.

Chris Howlett reflects on ten years of the 3MBS Marathon

On the eve of his tenth and final 3MBS Marathon, this year focussed on Tchaikovsky, Artistic Director Chris Howlett reflects the origins of the event, and where the marathon now sits in Melbourne's classical calendar.