On 6 August, a charity benefit concert commemorating the Platinum Jubilee of Her Majesty Queen Elizabeth II will be held in the presence of Dame Quentin Bryce. Under the co-direction of composer Alexander Voltz and organist Andrej Kouznetsov, the cathedral choirs of St John’s, Brisbane and St Andrew’s, Sydney will perform a program of Australian and British music alongside the John Coulton Brass ensemble. Voltz talks to Limelight about the concert, which features five premieres.

The concert program resembles that of a church service. Will it be conducted as such?

I see you have included the fanfare by Arnold Bax, which also premiered at the Royal Wedding.

As Master of the King’s Music at the time of the Royal Wedding, Sir Arnold Bax wrote two little-known Royal Wedding Fanfares. The second of these is known on some recordings as the Fanfare for the Wedding of Princess Elizabeth and receives its Australian premiere in The Queen’s Platinum Jubilee Concert.

Judith Weir’s I love all beauteous things will also be performed in this country for the first time.

It was commissioned by St Paul’s Cathedral to mark The Queen’s 90th birthday, and was premiered at the cathedral in Her Majesty’s presence on 10 June, 2016. As the incumbent Master of the Queen’s Music, Weir chose to set a poem of the same name by Robert Bridges, who was Poet Laureate in 1926 – the year of Her Majesty’s birth.

Judith Weir has made history as the first female Master of the Queen’s Music.

Weir once jokingly said, “The position doesn’t come with a job description.” She has made the role uniquely her own, just as her predecessors have.

Speaking of predecessors, there’s no music by Australian composer Malcolm Williamson in the program. Why is that?

Originally, we were intending to perform Williamson, who held the position from 1975 to 2003. One of my very first drafts for the concert involved his Third Piano Concerto. Unfortunately, I didn’t have the resources at hand to hire Piers Lane, but it would be terrific to hear more Williamson in Australian concert halls. I cannot encourage conductors and artistic planners enough to familiarise themselves with his symphonies and concerti. Indeed, his achievements as the only Australian-born Master of the Queen’s music are ones that we can all be proud of Down Under. 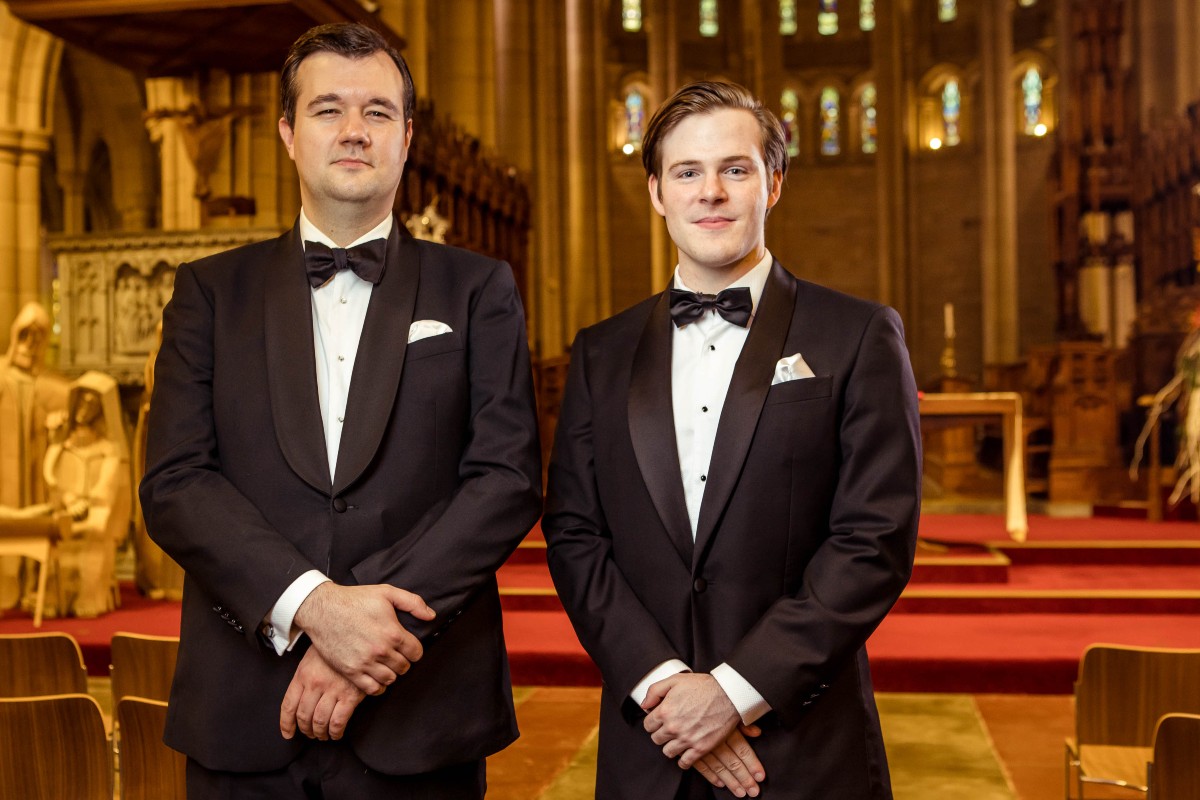 The concert features the world premiere of a new work by Brenton Broadstock. How did that come about?

Andrej and I were sensitive to the recent passing of The Duke of Edinburgh. By extension, we thought that a concert commemorating Her Majesty’s Platinum Jubilee should equally acknowledge that in the last 70 years the world has continued to know victims of war, terror, poverty and disease. When I was canvassing for something to capture these realities, I was pleased to discover that Brenton Broadstock had recently set text by John McCrae and Lawrence Binyon in an a cappella work called Remember Them. Broadstock writes in the score: “This piece is intended to remember and honour those fallen in battle, but it could also be used to remember those who have fallen victim to the COVID-19 pandemic.” Thus, Remember Them was instantly suited to the vision that Andrej and I share.

You’ve written two works that bookend the program and were composed specifically for this concert. What’s their background?

The first, Fanfare for the Platinum Jubilee of Elizabeth II, is an introductory work for brass and percussion to herald the concert’s commencement. The second, Dei gratia regina (the Latin translating to By the Grace of God, Queen), is a short recessional for organ and, of all things, the 12 bells of St John’s Cathedral. The bells are there, so I thought I’d make use of them. In 1988, the original bells from 1896 were restored and rehung. Her Majesty The Queen, who just so happened to be in Brisbane on her eleventh Australian tour, and unveiled a stone commemorating the occasion.

The concert’s second half opens with Richard Mills’ Epithalamium for solo organ. It’s quite a challenging piece.

Fortunately, Andrej is a superb organist. As a past Organ Scholar of Westminster Abbey who has played on multiple occasions for Her Majesty and members of the Royal Family, he’s sure to give an excellent performance. St John’s is also home to one of the finest organs in the country. Couple a first-rate musician with over 4,500 pipes, and I dare say Mills’ Epithalamium will never have sounded better.

How did Dame Quentin Bryce’s patronage of this concert come about?

Dame Quentin is a well-known and respected patron of the arts and I contacted her last year and told her what it was Andrej and I were planning. She was immediately supportive and agreed to open The Queen’s Platinum Jubilee Concert’s evening performance with a short address reflecting on her own relationship with Her Majesty. As the 24th Governor of Queensland and then the 25th Governor-General of Australia, Dame Quentin has an arsenal of royal anecdotes. While some of these are moving, others showcase Her Majesty’s rather adept sense of humour. If you’re looking for a few laughs with Dame Quentin, or simply to celebrate the indomitable life and work of our Queen, Andrej and I do hope that you can join us.

The Queen’s Platinum Jubilee Concert will be held at 2pm and 7pm on 6 August at St John’s Cathedral, Brisbane. Proceeds go to the Australian Red Cross to aid victims of the recent floods in Queensland and New South Wales.

Little-known story of Australian nurses in Vietnam becomes an opera

Elizabeth Lewis tells an extraordinary story and describes her collaboration with Brenton Broadstock.

The Choir's Music Director talks about their latest album, Limelight's Recording of the Month for April.

The distinguished Australian composer sits down with Alexander Voltz to discuss his contribution to a new, COVID-themed cantata ahead of its German premiere.