Scottish violinist Nicola Benedetti has been appointed a Member of the Most Excellent Order of the British Empire (MBE) in the 2013 New Year Honours. It’s been an annus mirabilisfor the 25-year-old, who reached out to an audience of millions as the soloist in the televised Last Night of the Proms, and whose latest album  The Silver Violin has become the UK’s best-selling classical album of 2012. 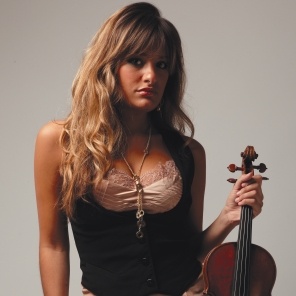 A tireless supporter of music education through school visits and the El Sistema initiative in Scotland, and a natural idol for young musicians, Benedetti was awarded the royal title in recognition of her Services to Music and Charity. “I am deeply honoured to receive an MBE,” she said. “This has come as a real surprise to me and I am humbled. I hope this honour can help me continue to draw attention to the importance of classical music and the arts in British society.”

Limelightinterviewed Nicola Benedetti in 2012 after she visited schools and ran masterclasses with young musicians in Sydney and Adelaide. Read on.

LL: You recently visited Sydney not to give a concert, but to work with budding musicians at West Concord Public School. How was...

Simone Lamsma: A life in violin

The Dutch violinist talks about moving countries to study at the Menuhin School age 11, her remarkably wide repertoire and the challenges of performing Beethoven’s and Sibelius’s concertos.

We talk to the Australian violinist, who won the ABC Young Performers Award at 16, about coming home for a string of concerts and debuts.

Alexander Gavrylyuk on his Proms debut

The pianist talks about the challenges of Rachmaninov, surrendering to the music, and being one with the orchestra. Continue reading Get unlimited digital access from $3 per month Subscribe Already a subscriber? Log in

The Tokyo-born, Montreal/New York-raised violinist shares her favourite recordings and the music she could live without. Continue reading Get unlimited digital access from $3 per month Subscribe Already a subscriber? Log in

Very much a Renaissance man, the violinist talks about life, thinking outside the box and his hopes and fears for all of our futures.