Since its founding, Sydney Chamber Choir have been fierce advocates not only for the great choral music of centuries past, but also of the modern choral tradition and composers writing today. Artistic Director Sam Allchurch walks us through the repertoire for their next concert, Innocence & Experience, which draws on these two rich veins of material, and argues that in music, as in life, it is contrast and comparison that is so much more rewarding than binaries and forced dichotomies. 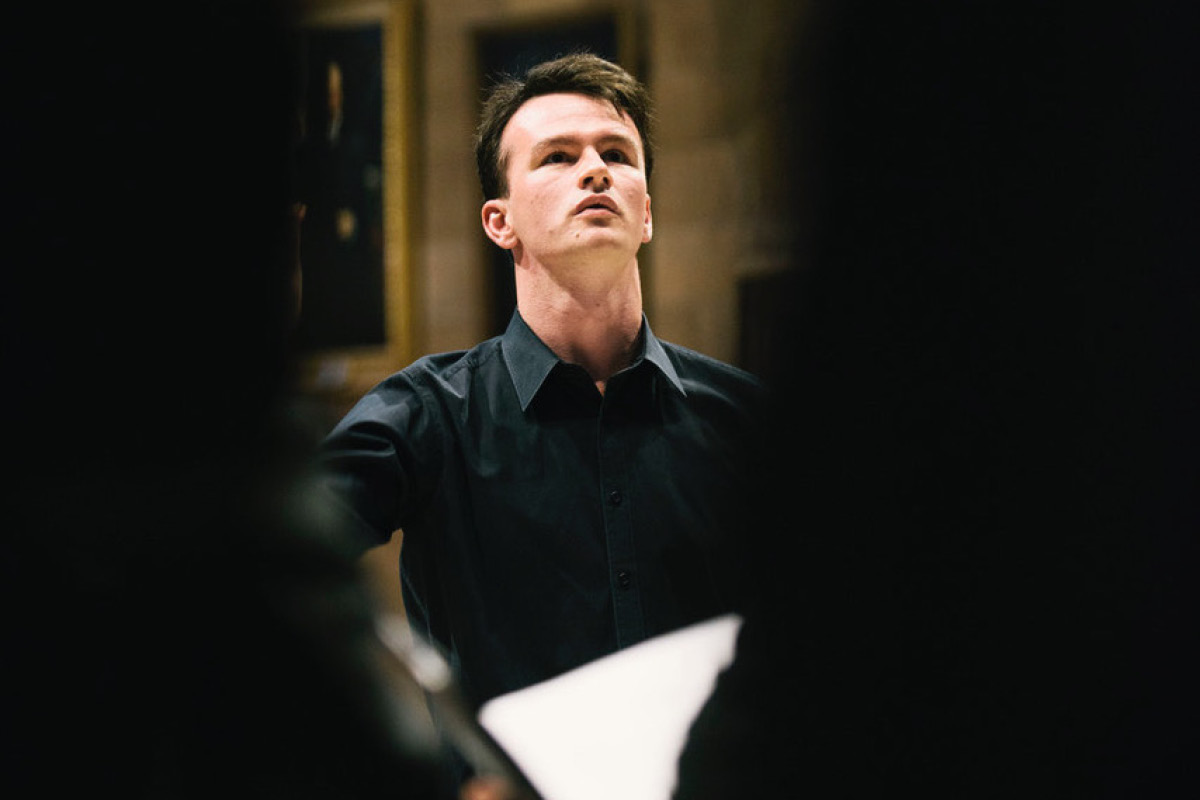 The concept for this concert is borrowed from the masterwork of William Blake, the Songs of Innocence and Experience. I became intrigued by these poems at high school where a profoundly gifted English teacher opened these works to my imagination. While their structure might initially suggest that life is dichotomous – either innocence or experience, either love or hate, either good or evil – the poems really suggest that more often than not, it’s a case of ‘both, and’ rather than ‘either, or’.

Starting in 1975, the Choir and its first musical director Nicholas Routley introduced Sydney audiences to the music of Josquin des Prez, Johannes Ockeghem, Pierre de la Rue and other composers working in places like Antwerp and Lille in the sixteenth century. That century saw massive change in the way composers thought about the relationship of individual lines of music to each other. Many intricate lines were woven together to create florid polyphony: each of these lines were allowed, and even encouraged to retain their distinctive melodic qualities, rather than smoothing them out to make nice clean chords. The resulting sound can be unusual for our modern ears, sounding spicy and at times austere. Through Nicholas’s scholarship and patient leadership of his choristers, audiences began to enjoy this revived sound world.

Perhaps the leader of these composers is Josquin des Prez. Born in Belgium in 1450, he became a singer in the court of Rene, Duke of Anjou in Aix-en-Provence, and then went to sing in Milan and for the Papal Chapel. He was so well regarded as a composer that his colleagues wrote laments on his death in 1521. In this concert, we sing Ave Maria, virgo serena, one of his most elegant compositions. The polyphony is restrained and always clear, but the magical moment for me comes at the very end, when the choir comes together to sing as one – it is as if time stops for a moment.

Ockeghem was also born in Belgium, and had a similar career to Josquin, singing as a lay clerk at the Cathedral of our Lady in Antwerp before going on to hold musical positions in the French court. And like Josquin, the esteem in which Ockeghem was held was evident in the number of beautiful musical tributes composed on his death. In 1999 Sydney Chamber Choir made a recording titled The Ockeghem Legacy and it was from this that I selected his gorgeous Alma redemptoris mater. This setting of the Marian antiphon is wonderfully exuberant giving the audience a chance to hear the different sections of the choir in lighter textures.

Our earliest composer is Guillaume Dufay, who lived and worked in 15th-century France. Just six singers will perform Flos florum, set for soprano, alto and tenor, offering a glimpse into the start of this period of compositional ingenuity. This filigree is completely offset by Antoine Brumel’s motet Sicut lilium, an exquisite miniature.

These Renaissance composers were producing music as part of their regular work as church musicians or musicians at a royal court. Composers nowadays, I think, have a much harder task – new music is often seen as unusual and something to be wary of! But not for Sydney Chamber Choir, which has carefully mixed the old and the new for decades. The Choir is committed to new music and is very comfortable working with composers to bring a score to life – asking questions, offering suggestions and insights into what will make the piece work best. This is a very natural fit for me as Artistic Director, growing up as I did as a chorister under Lyn Williams, whose Gondwana Choirs thrive on new music. Choral music in Australia, both singers and audience alike, punches above its weight with new music and it is completely normal for entire concerts to comprise music of living composers.

One of the challenges working in new music is to get the balance right between premieres and repeat performances. Often a premiere attracts attention and is exciting, but it is the second, third, fourth performances which allow the audience and the choir to delve into the piece, to understand it, to love it or to hate it, rather than find it merely “interesting”.

So our Innocence & Experience concert offers an opportunity to look back on Sydney Chamber Choir’s impressive list of commissions and seek out works that should be heard again. One such example is Stephen Adams’ 1995 work Memory Pieces, set to Ania Walwicz’s stream of consciousness poem. The collection and superimposition of images is truly bizarre, beginning with an “obelisk in the park” and growing stranger from there, but this is masterwork of choral writing, offering an insight into the mind’s ability (and inability) to make sense of our memories.

Another from our commission list is the now esteemed Flower Songs of Ross Edwards, first performed in 1987. This piece is in two very contrasting parts – the first is a rhythmic tour de force with 16 individual vocal lines, as well as two percussion parts. I first heard it in 2018 as part of a concert at City Recital Hall celebrating the composer’s 75th birthday. I remember admiring Paul Stanhope’s conducting of it and thinking that I would like to try my hand at it. Hours of score study later, I think I’m about ready! The second movement is, by contrast, very calm but requires incredible control to sound relaxed and natural.

That same concert saw the premiere of a powerful work, Let them all come by Josephine Gibson, who also sings soprano in the Choir. Josie set text by Guardian cartoonist First Dog on the Moon, raging against Australia’s treatment of refugees. This piece had a real impact and needs to be heard again, as it unfortunately remains just as relevant. 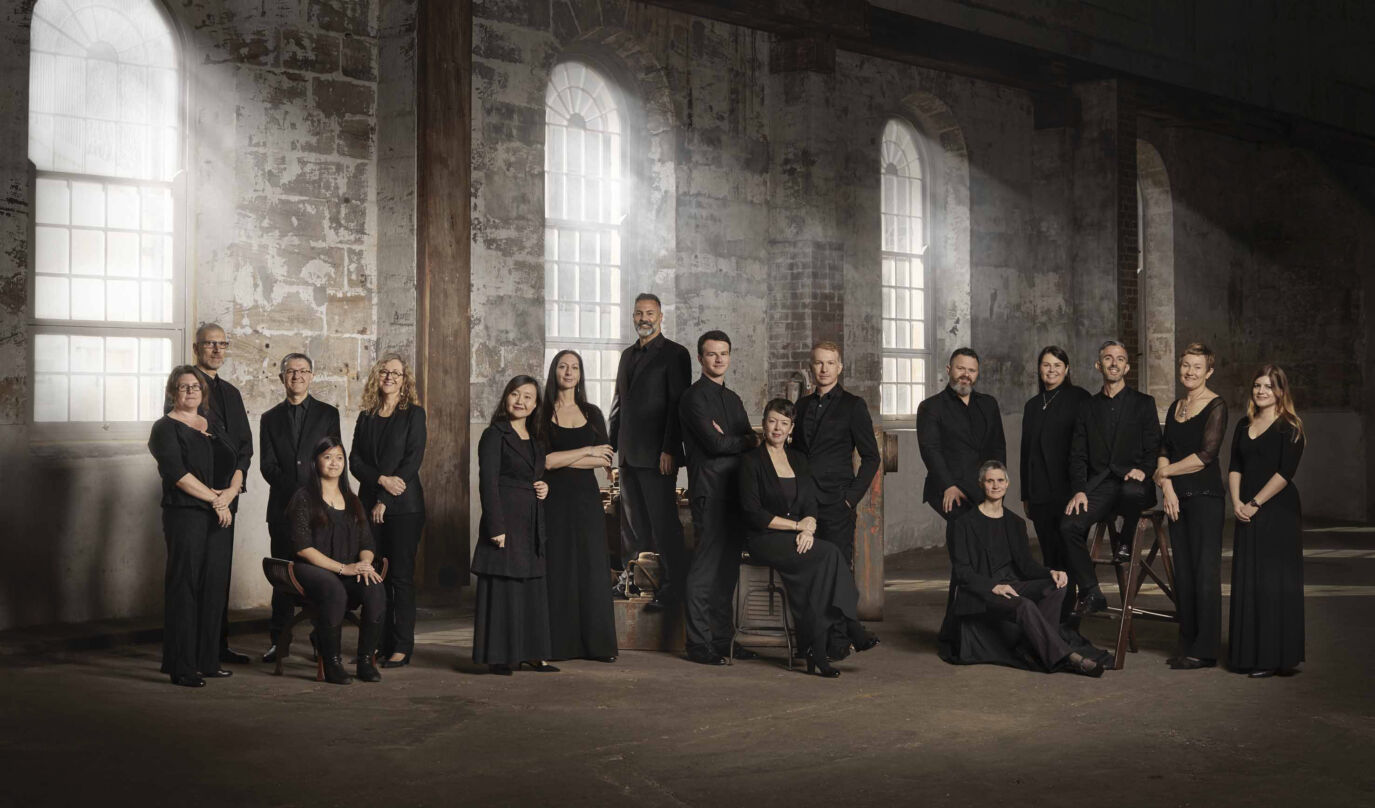 A similarly powerful work from our recent commissioning is Dan Walker’s Yúya Karrabúrra. This is the text and story of Alice Eather. Alice’s mother was a Gunibidji woman from Maningrida in Arnhem Land and her father was a direct descendant of a convict on the 1788 second fleet. This piece explores a life across worlds that have not historically understood each other very well. It was commissioned by Ed Suttle who sings bass in the Choir and his wife Jane – their son knew Alice which is an added personal connection for us to this music

The same personal connection exists for Joseph Twist’s Wonga vine, which comes from his Australian Song Cycle premiered last year by the Choir. This major new work was made possible by the generosity of the Maury family, who have incredibly strong connections with the Choir. So this concert is a celebration of composers, but also of those who support composers, enabling us to chart new territory.

And for a concert that celebrates new music, it seemed essential to have a new work, and so we have commissioned Ella Macens, who has composed When the world closes its eyes. This is a heartfelt work which encourages us to see the good in people and the world, even in difficult times. In this sense, it reflects its time, written in the pandemic whose challenges are far from over and makes us think about what it means to belong and contribute to a society.

Every piece of music which is new, either to performer or listener, represents a moment of innocence. This requires some courage, ambition and an openness to new experiences, something important for us as a society. Every piece of music which we have sung or heard before is of course part of our own experience, and revisiting it allows us to deepen our relationship with it. Our concert charts this spectrum. Pairing the old with the new allows us to appreciate both better.

As singers, I feel strongly that singing Josquin’s music well gives us an understanding of layering different lines that is essential for a piece such as Dan Walker’s Yúya Karrabúrra. As listeners, we can hear as much rhythmic vitality in Dufay’s Flos florum as we can in Ross Edwards’ Flower Songs. As in life, so often ‘both, and’ is more rewarding than ‘either, or’.