When the Sydney Children’s Choir first performed I am not yet born by Elliott Gyger back in 1995, audiences were astounded – this was certainly not the music they were expecting to hear from children. This was music that was difficult to perform, intense and even confronting for audiences. The SCC became known for going beyond the boundaries of expectation, they were treated seriously on the arts scene and people listened. Over 200 commissions, nearly 25 years and one global pandemic later, we are setting out to challenge, astound and confront our audiences once more. 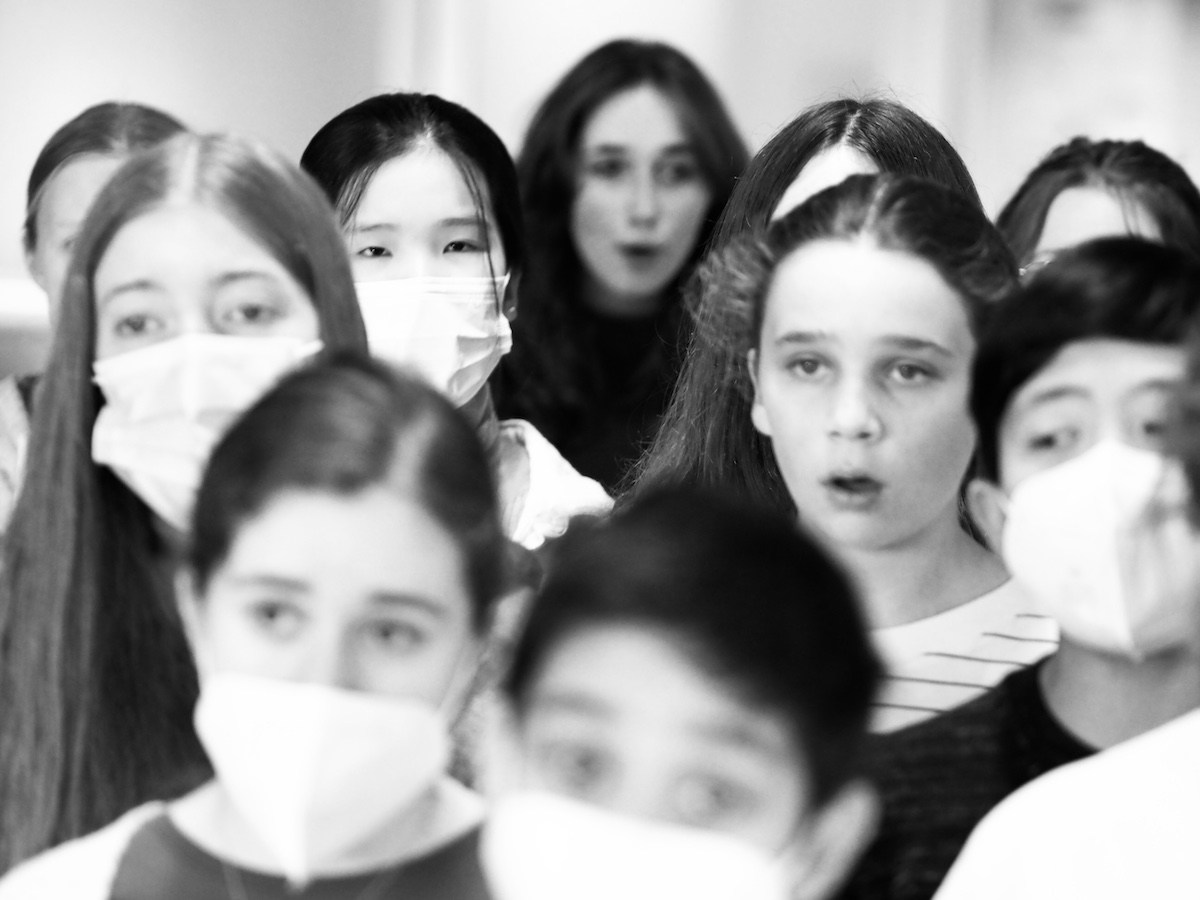 Hypnopompia (or the edge of the unknown) will see us reclaim the space where audiences are astounded, enchanted, challenged and confronted.

For the choristers of the Sydney Children’s Choir, a significant part of their identity is tied into their love of music and singing. For such a long time, during the pandemic, they were prevented from singing and had to endure regular news conferences where the one thing they love most was demonised. Whilst adults bunkered down and made sourdough, children lost their most precious years of becoming.

Many young people today have lost faith in the ability of the older generations to save their planet and provide a liveable future for them. They are anxious, they see the change that is needed but feel voiceless and powerless. Through Hypnopompia, choristers of the Sydney Children’s Choir are creating an amplified voice for change, one which they hope will be listened to and have an impact.

Working with director Alexander Berlage, we have put together a fascinating set of choral works. The newest of these works was especially commissioned for this project. Children of a Future Age is by Elsa Susnjara who was, until this year, a member of the Sydney Children’s Choir herself. From the more traditional choral repertoire we have We are Watching You by Dan Walker, Where by Kate Miller-Heidke, O Vos Omnes by David Hamilton, a piece of mine, A Flock of Stars, and of course I am not yet born by Elliott Gyger. More relevant today than ever before, this startling work is based on a poem by Louis MacNeice, written at the height of the Second World War. In it, a child pleads not to be born into a world full of evil where humans have ignored nature, and violence and destruction have become the norm. 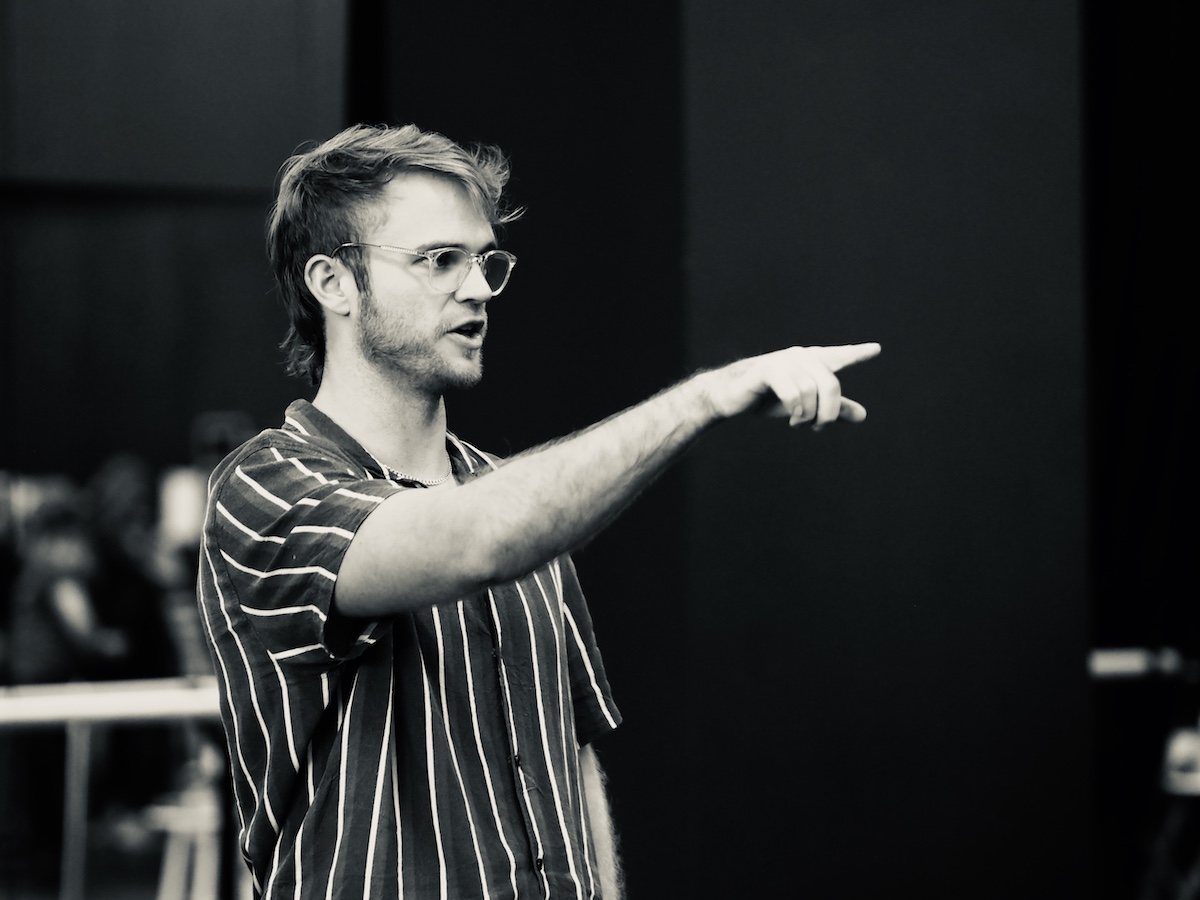 The choir will present an astonishing counterpoint to these choral works with new electro-acoustic versions of indie pop songs When I Grow Up by Fever Ray, Hope There’s Someone by Antony and the Johnsons, Four Degrees from ANOHNI, Run Away with Me by Sufjan Stevens and My Future by Billie Eilish. With sound design by Fiona Hill and vocal arrangements by Lachlan Massey, this will be a new and surprising sound from the Sydney Children’s Choir.

Along with Alexander Berlage, we have teamed up with designer Isabel Hudson to create a fully staged work that imagines the stage of sleep just before waking up. Inside a larger-than life, electric blue bedroom, the choir explores the edge of adulthood and finding a new sense of reality – what it is to be a teenager and grow up in an uncertain world. Alex writes: “Looking around at a world filled with war, climate change, celebrity influencers, and the pressures of social media, Hypnopompia explores the place of young people in the strange nightmare that is our century, and questions what is real and what is not. It’s a sonic journey – a gamut of musical styles, pushing and pulling against each other, filled with magnetism and electricity.”

“I have always been convinced by the innate artistry of young people, especially young singers. More than ever before, I am convinced that our young people have something to say, and that it’s something we should sit up and listen to.” 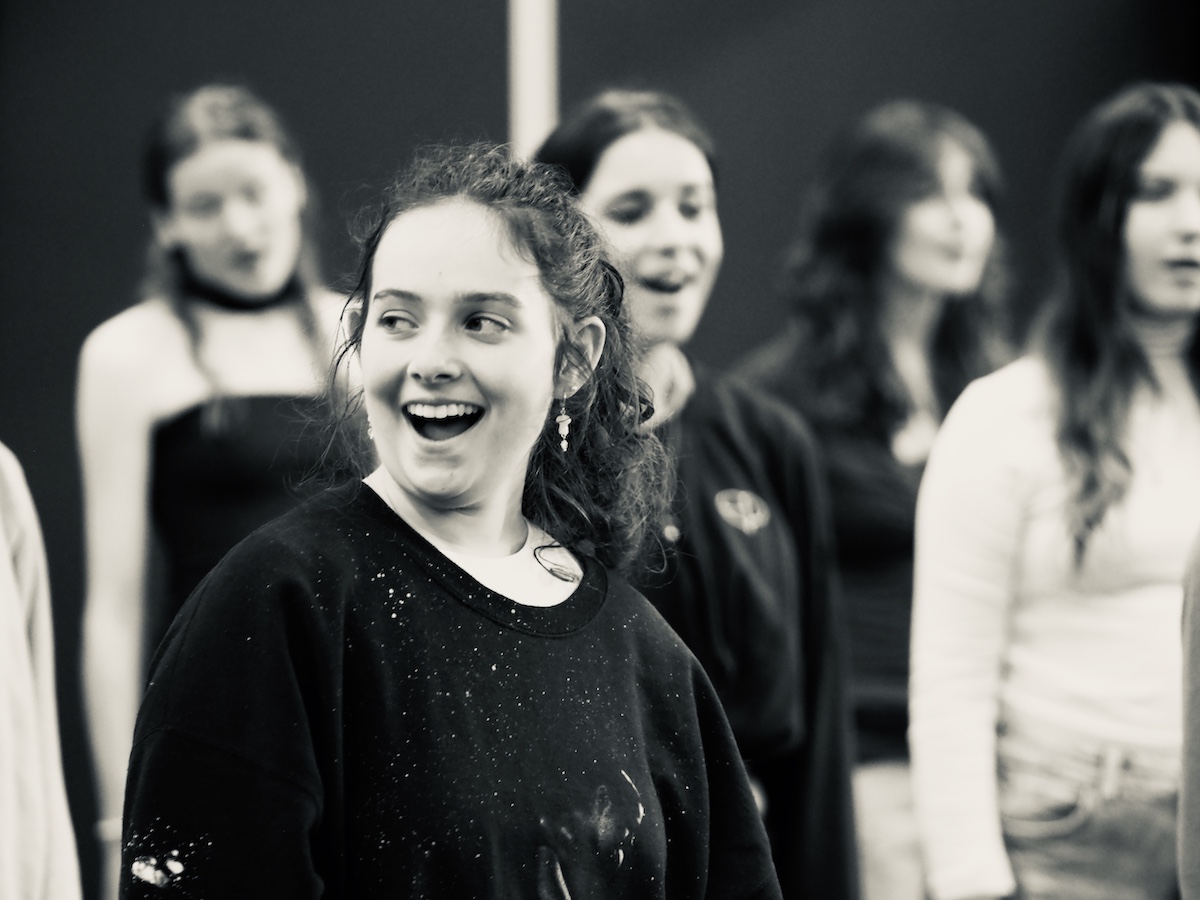 The choristers are excited about the work. Here are some comments made during rehearsals:

Bethany (17): Hypnopompia is a revolutionary concert that gives my generation the voice it wasn’t given.

Keala (16): I’m excited about performing in Hypnopompia because I am able to synthesise my own beliefs and love of singing into a show! I want audiences to walk away feeling hopeful because despite the negative things that happen in the world, hope can be found in music.

Katie (14): Hypnopompia is really different to anything I’ve ever done and the pieces are really cool. People’s expectations of children’s choirs will be challenged. There is powerful raw emotion and themes relevant to the modern world.

Daniel (13): I want the audience to feel confusion and weirdness yet have a sort of enlightenment with what we need to do in order to save our planet.

Evelyn (14): The message people should get is that the younger generations are inheriting a damaged world. I hope Hypnopompia shows the struggles of growing up in this century and how we want our voices to be heard.

Divyan (11): I think the most powerful aspect of Hypnopompia will be scaring my parents to death!

Lyn Williams AM is the Artistic Director and Founder of Gondwana Choirs.

Gondwana Choirs: A Chorus of Approval

In 1989, Lyn Williams founded the Sydney Children’s Choir, now part of the national Gondwana Choirs. She tells Jo Litson about the excitement of developing an essentially new genre in Australia, and of celebrating the 30th anniversary with the Gondwana World Choral Festival.