This weekend, one of the most ambitious commissioning projects in Australian history will take over Melbourne’s Abbotsford Convent. The ANAM Set is a series of 67 works by Australian composers, who were commissioned to write a six- to eight-minute piece of music for each of the 67 musicians training at the Australian National Academy of Music in 2021.

This week, Limelight will feature the stories of five pairs of composers and performers, learning more about their work, their process of collaboration, and what they learned about themselves – and each other – through this process. Today we look at composer Andrián Pertout and his piece Mīmēsis, written for violist Henry Justo. 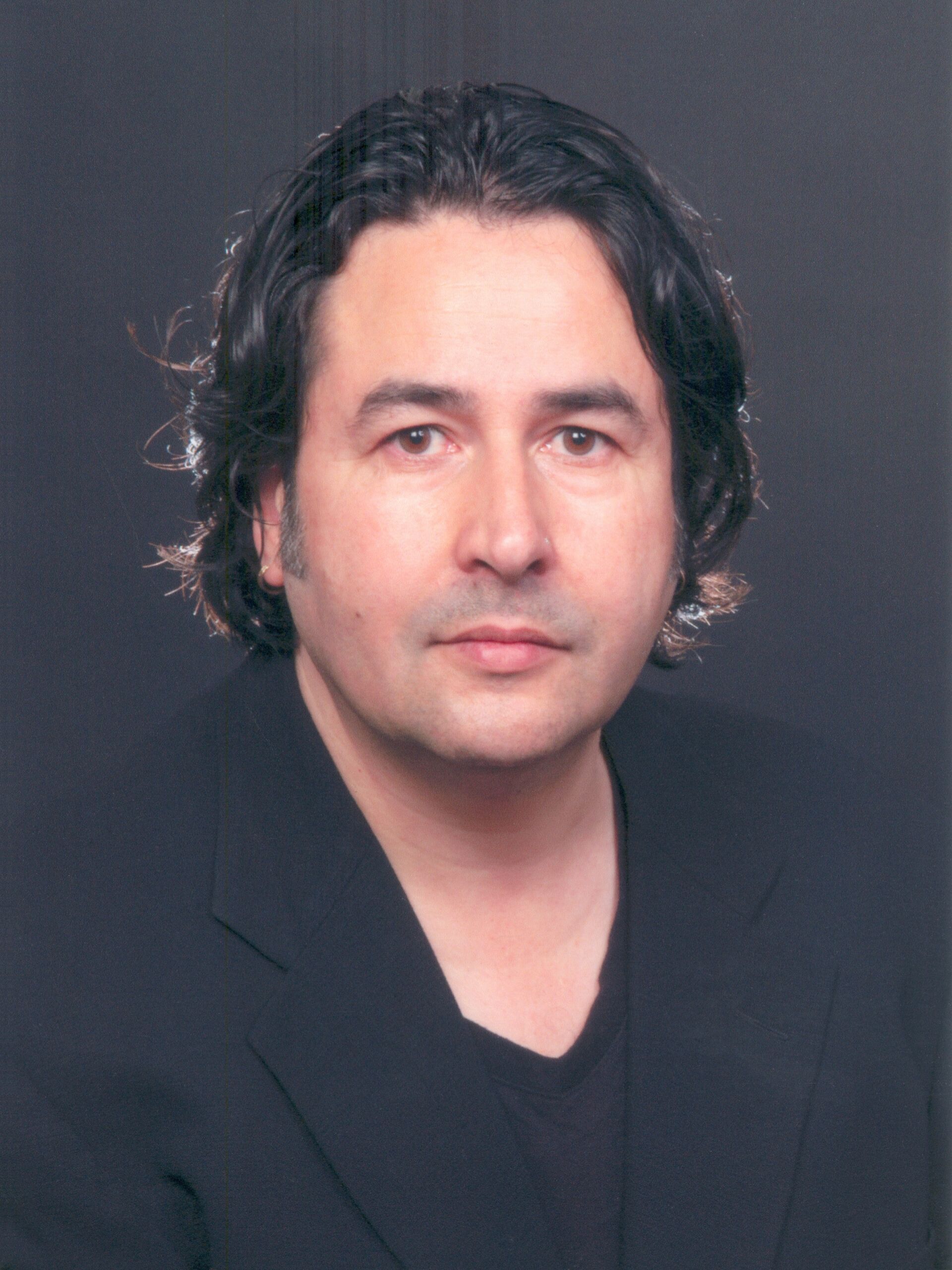 Composer Andrián Pertout, whose work Mīmēsis will be performed as part of The ANAM Set.

What does this project mean to you?

What initially attracted me to The ANAM Set project was the fact that this unique project represents one of those rare opportunities to connect with a young and talented performer endowed with a clearly fresh and enthusiastic perspective on the contemporary classical music world. And being part of such a grand project facilitating the creation of a new Australian work for every single student at an Australian institution is simply amazing, and what is no doubt an unprecedented initiative.

But it does beg the question: should not every Australian musical institution replicate this model? Australia needs to build on its artistic legacy into the future and for that dream to materialize all artistic entities are obliged to support this ideal, including the country’s symphony orchestras. In Chile for example, every professional orchestra is required by law to perform at least 25 per cent local content. In fact, the National Chilean Symphony Orchestra has performed almost every work composed in the past fifty years by a Chilean composer. The result of that policy being a greater sense of oneness, and hence a more positive artistic community; the negative elements of competitiveness amongst composers automatically removed because of all-embracing and inexhaustible opportunities.

How did you approach the collaboration and work together?

Two extremely important and attractive aspects of a dedicated ‘new’ work – as opposed to a selection from the shelf of either traditional repertoire or an existing composition – is that here you have an opportunity to realise a direct connection between the composer and the performer. My approach in this context is therefore always about activating meaningful conversation in order to gain an insight into the musician’s character and personality, to then hopefully capture some of this individual’s magic within the realms of artistic expression. Composition is about context for me, and the idea that each creation is associated with a unique human entity, demanding a unique response. The fact that Henry Justo ended up being as eclectically diverse and aesthetically unbounded as I was a treasured bonus. The result of this ‘openness’ was the gifting of an open canvas with a rich palette of endless possibilities.

What is your piece about?

According to the Encyclopaedia Britannica, the Ancient Greek term mīmēsis, derived from mīmeisthai (μιμεῖσθαι, ‘to imitate’) is a “basic theoretical principle in the creation of art” and may be defined as “‘imitation” (though in the sense of ‘re-presentation’ rather than of ‘copying’).” Greek philosopher and polymath Aristotle (384-322 BCE) regarded mīmēsis as the imitation of nature, with its enactment of perfection achieved via a consideration of the four causes in nature (material, formal, efficient or agent, and final or purpose) in tandem with the aesthetic quality of beauty, framed by the mathematical sciences around “order and symmetry and definiteness.”

Mīmēsis (μίμησις) for Viola and Virtual Nagoya Harp, No 469 (2021) adopts a unique interpretation of the concept of mimesis via the juxtaposition of ‘organic,’ or intuitively-driven invention with algorithmic composition based on ‘probabilistic automata’. The melodic elements of the viola part exclusive to the former, while the materials for the secondary tape element – represented by the Virtual Nagoya Harp, or Taishāgoto (a rectangular-shaped wooden zither invented in 1912 in Nagoya, Japan by Nisaburo Kawaguchi  – who goes by the stage name Gorā Morita – featuring the mechanics of a typewriter with a traditional koto or autoharp) – entirely generated by a set of algorithms that ‘imitate’ the primary source via Markov-chain-derived modelling, or algorithmic mapping of the melody that take into account every set of transitions between the states.

The rhythm adopts the combinatorial strategy of ‘Single-State Probabilistic Automatons,’ or ‘unrestricted compositions of the integer n into m parts.’ The viola on the other hand incorporates a rhythmic structure based on the exploration of the mathematical concept of ‘partitions’ or ‘all partitions of n with m parts in the set’, subdividing all 20-second intervals of the work into a varied number of parts and sizes that symmetrically expand and contract in rhythmic density (essentially metric modulations with the ratios 1:1, 3:2, 2:1, 3:1, 2:1 and 3:2) over an arch-form structure. 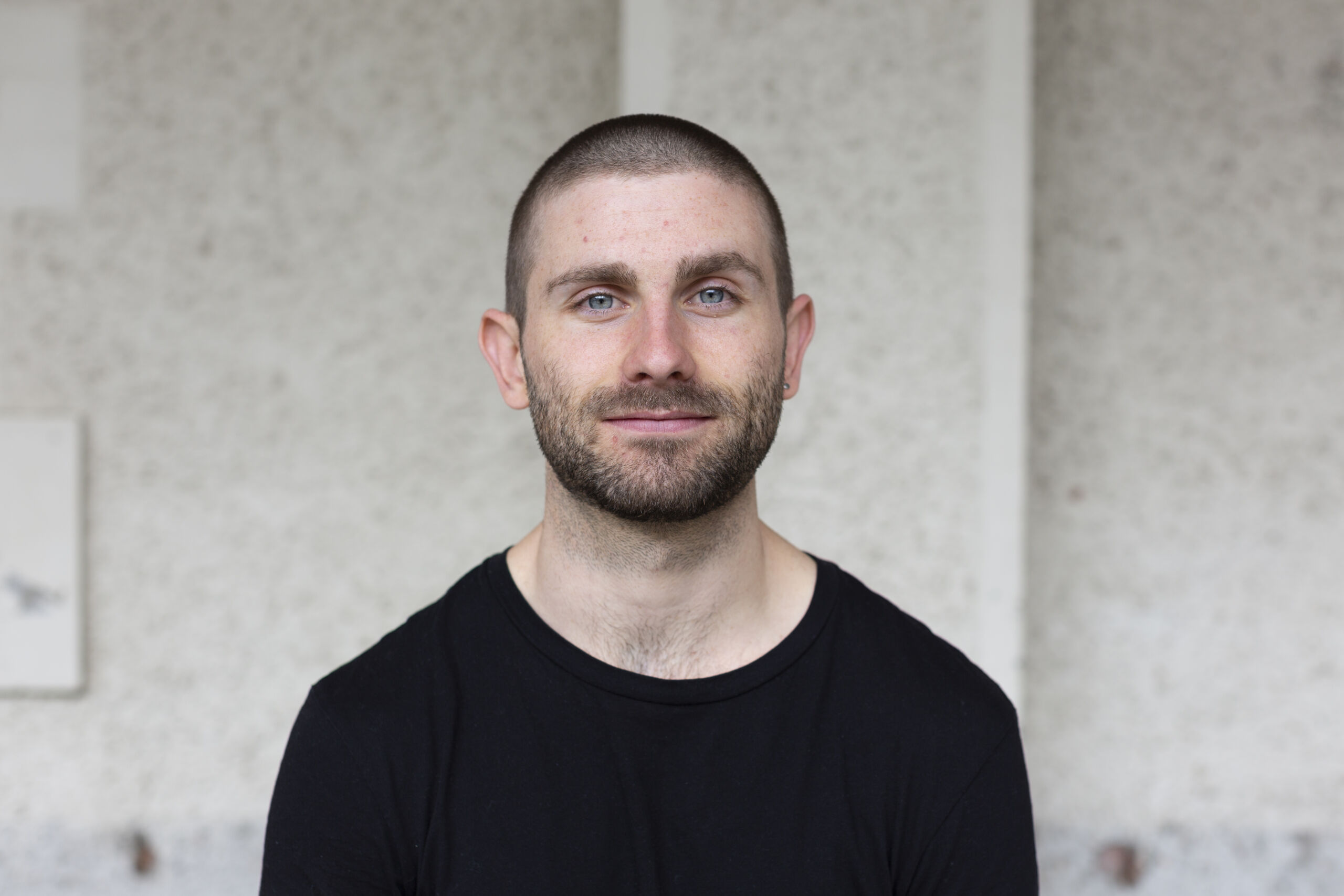 Violist Henry Justo, who collaborated with composer Andriàn Pertout on Mīmēsis, which will be performed as part of The ANAM Set. Photo © Pia Johnson.

Were there surprises for you?

The score features a distinct non-standard approach to proportional notation incorporating a timeline based on minutes and seconds with subdivisions delineated with a ‘tick’ barline. The challenge became just how to best synch up the performance to the secondary tape element. The solution adopted was an MP4 digital video file (essentially a visual click track incorporating the tape component of the work) consisting of 2,000 milliseconds, or 2 seconds of digital black followed by a 10-second countdown. From there on each second (of the complete duration of the work: 8’12”) allocated with a unique marker (an enlarged display accentuating all 5-second intervals). The surprise was Henry’s acceptance of this yet to be tested method, which in theory was a great idea, but in practice may have proved unsuccessful. What this underscores is that composition is an evolving art form, and that we must all continue developing the ‘Australian’ artistic voice.

What have you taken from it and what do you think you have achieved?

The work is both interesting and challenging yet relatively accessible, and in spite of being intellectually charged, endowed with enough ‘musicality’ to connect on an emotional level. For a composer on a lifelong artistic journey of discovery these opportunities are simply invaluable, because what they provide is a platform to test ideas in order to then enrich artistic practice; and to hopefully add one more work to that body of work that is significant, and that more importantly, has a lasting legacy. That is the intent; whether it is achieved or not, only time will tell, as universal recognition is not necessarily achieved during one’s own lifetime.

In closing, it must be said that I truly believe that one must focus on the now; enjoying the moment, and the actual journey, rather than having an eye on the destination, where we would like to be – in other words, Aristotle’s idea of eudaimonia (εύδαιμονία), or “fulfilling one’s virtuous potentials.” And while we enjoy the moment, being kind to each other. That is the best approach to a both positively thriving artistic community and a healthy state of mind.

Andrián Pertout is a freelance composer with a PhD in Composition from the Melbourne Conservatorium of Music (University of Melbourne). His music has been performed in over 50 countries around the world. He is currently Vice-President of the Melbourne Composers’ League (2021-); Australian delegate of the Asian Composers’ League (2007-); International coordinator, PUENTE Festival Interoceánico, Valparaíso, Chile (2019-); Member of the Editorial Board, Eurasian Music Science Journal, The State Conservatory of Uzbekistan, Tashkent, Uzbekistan (2022-); and was Visiting Professor of Composition at Aichi Prefectural University of the Arts, Nagakute, Aichi Prefecture, Japan (2019).

The ANAM SET Festival will run at Melbourne’s Abbotsford Convent, 13–15 May, 2022. More information about the project, and the composers and performers involved, can be found here.

Read other articles in this series:

2. Composer Kate Tempany and her piece Honeyeater, written for trumpeter and Nic Corkeron.

3. Percussionist Al Fane, and the piece [sound is] A Body in Space written with composer K. Travers Eira.