Adapting the more epic elements of Alfred Hitchcock’s classic satirical 1959 spy thriller film North by Northwestfor the stage became possible with live filming and projections and innovative set and lighting design, augmented by some old-fashioned actorly running on the spot.

As audiences expect, there’s the memorable menace of a low-flying crop duster swooping over advertising executive Roger O. Thornhill sprinting through a corn field, and, yes, Thornhill and sexy spy Eve Kendall tumble down the presidential edifice carved into Mount Rushmore in the finale. 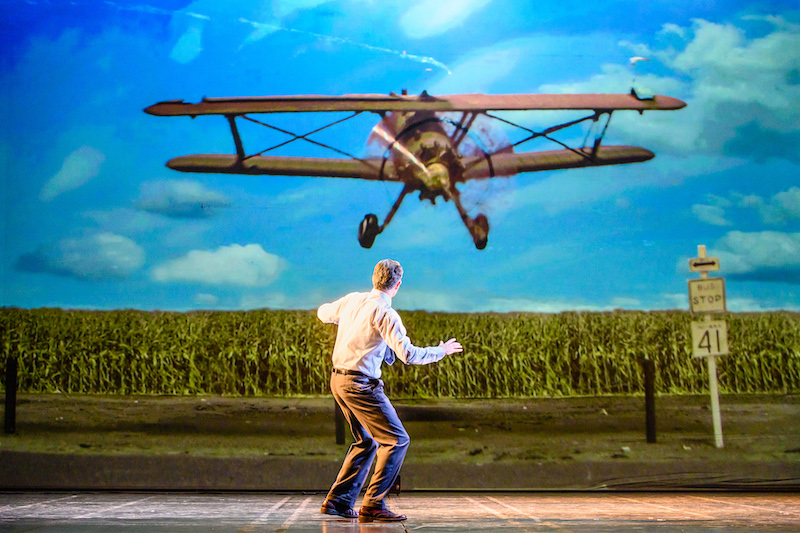 “I knew I had to work out how to do the crop duster and Mount Rushmore scenes before saying yes, we could do this,” says director Simon Phillips of Carolyn Burns’s adaptation from Ernest Lehman’s screenplay.

“I’m always a little dubious in working on something adapted from a film, in using film on stage, because it seems to be an admission of defeat.”

“The chase is achieved through a lot of low-tech movement, and then all the...

The sound of silence in Small Mouth Sounds

Amber McMahon and Sharon Millerchip discuss performing in a play where the characters are at a silent retreat.

The hugely successful stage adaptation of Hitchcock's spy thriller is back for seasons in Brisbane and Adelaide.

Hitchcock and Herrmann: masters of suspense