Ahead of Danielle de Niese’s national tour with the Australian Chamber Orchestra in June, Richard Tognetti has described her voice as “exquisite”, but he didn’t fail to add that she’s also “exquisite looking“.

The striking young soprano shot to international stardom as the exotic temptress Cleopatra in the now legendary 2005 Glyndebourne production of Handel’s Giulio Cesare (her union with Glyndebourne owner Gus Christie is something of a fairytale marriage). She also came to the attention of top fashion designer Donna Karan, who designed her wedding dress.

In a recent interview with Limelight, she rattled off an impressive list of fashion giants who have come calling for her favours. “Vivienne Westwood came to one of my concerts at the Barbican and offered to dress me for all my professional engagements. Her designs are truly amazing and so one of a kind and I am thrilled to wear her creations for all my appearances this spring, on BBC2’s “MAESTRO”, where I am on a panel of judges.

“Then there is Van Cleef and Arpels who give me millions of dollars in Jewelry to wear at my professional appearances, so I feel very fortunate to be in the same league as Maria Callas and Jackie Onassis who wore their one-of-a-kind creations.

“I am a big believer in being original and the importance of being comfortable in one’s own skin, and Donna Karan, Vivienne Westwood and Van Cleef and Arpels encapsulate that idea.” 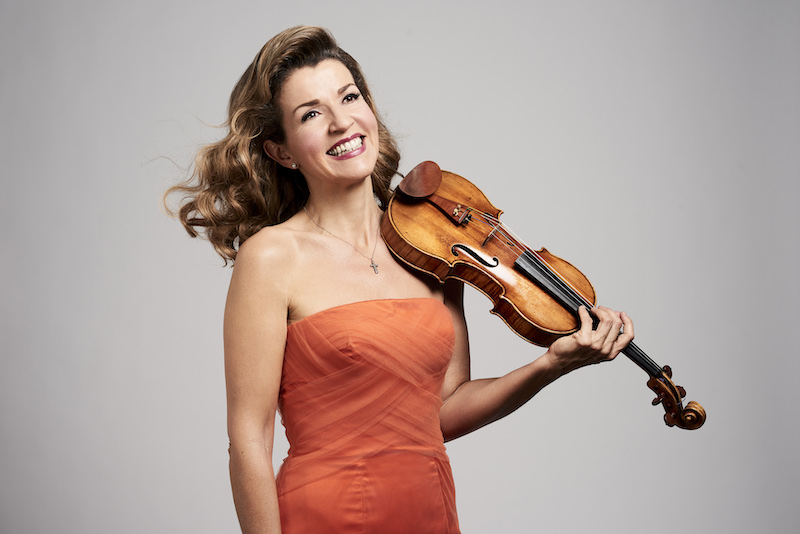 This svelte, glamorous German violinist has had Richard Galliano designing her haute-couture concert-wear – a seemingly endless parade of off-the-shoulder, floorlength satin gowns – since she was in her teens. In the 1980s her dress-sense raised eyebrows within the classical music establishment, her detractors claiming that her sumptuous costuming distracted from the music. But Mutter is more prosaic about it. In an interview with violinist.com she says:

Now approaching her fifties, Mutter is as effortlessly elegant as ever… 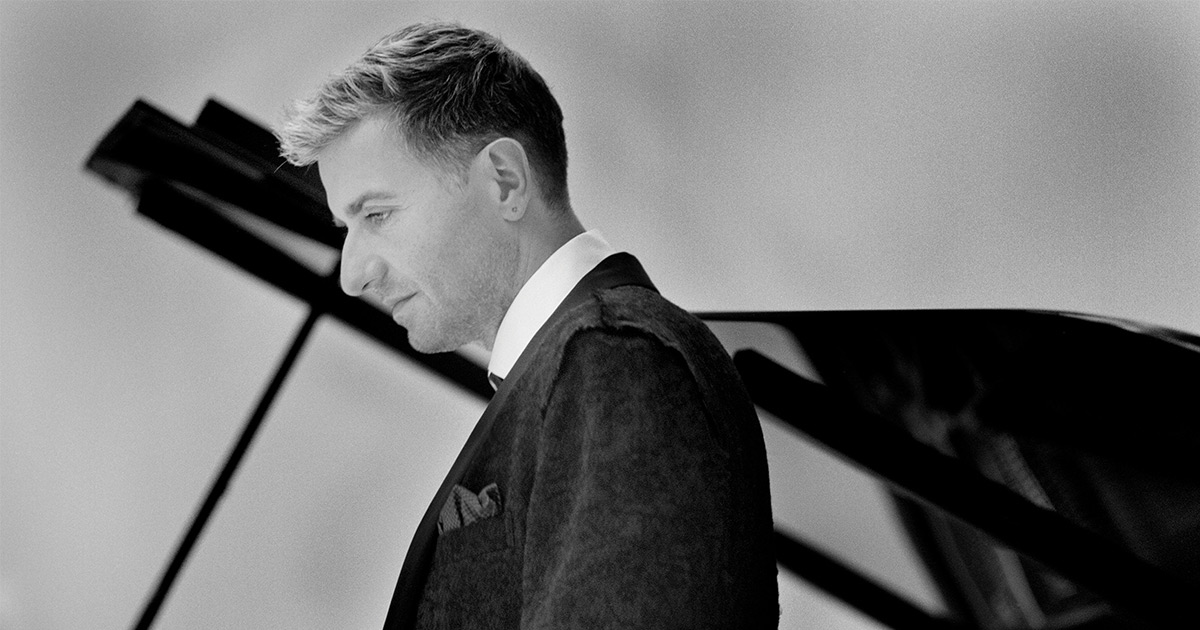 Like Danielle de Niese, French pianist Jean-Yves Thibaudet has been dressed for the concert platform by iconic British designer Vivienne Westwood. Before the pair met, however, it was Thierry Mugler who helped Thibaudet add the finishing touches to his innate Gallic chic.

“I was moving away from the frac, the tuxedo jacket with tails, because to me it looked a bit ridiculous and I wasn’t interested in wearing it anymore,” he told Opera Chic.

“I think style is an important part of performing. You have to be elegant and you have to feel good about how you present yourself. And I think it’s important to bring fashion like this into classical music, especially when we’re thinking of younger audiences who might think of classical music as alienating and outdated. Anyway, women can wear such beautiful dresses on stage – why can’t the guys do it, too?” 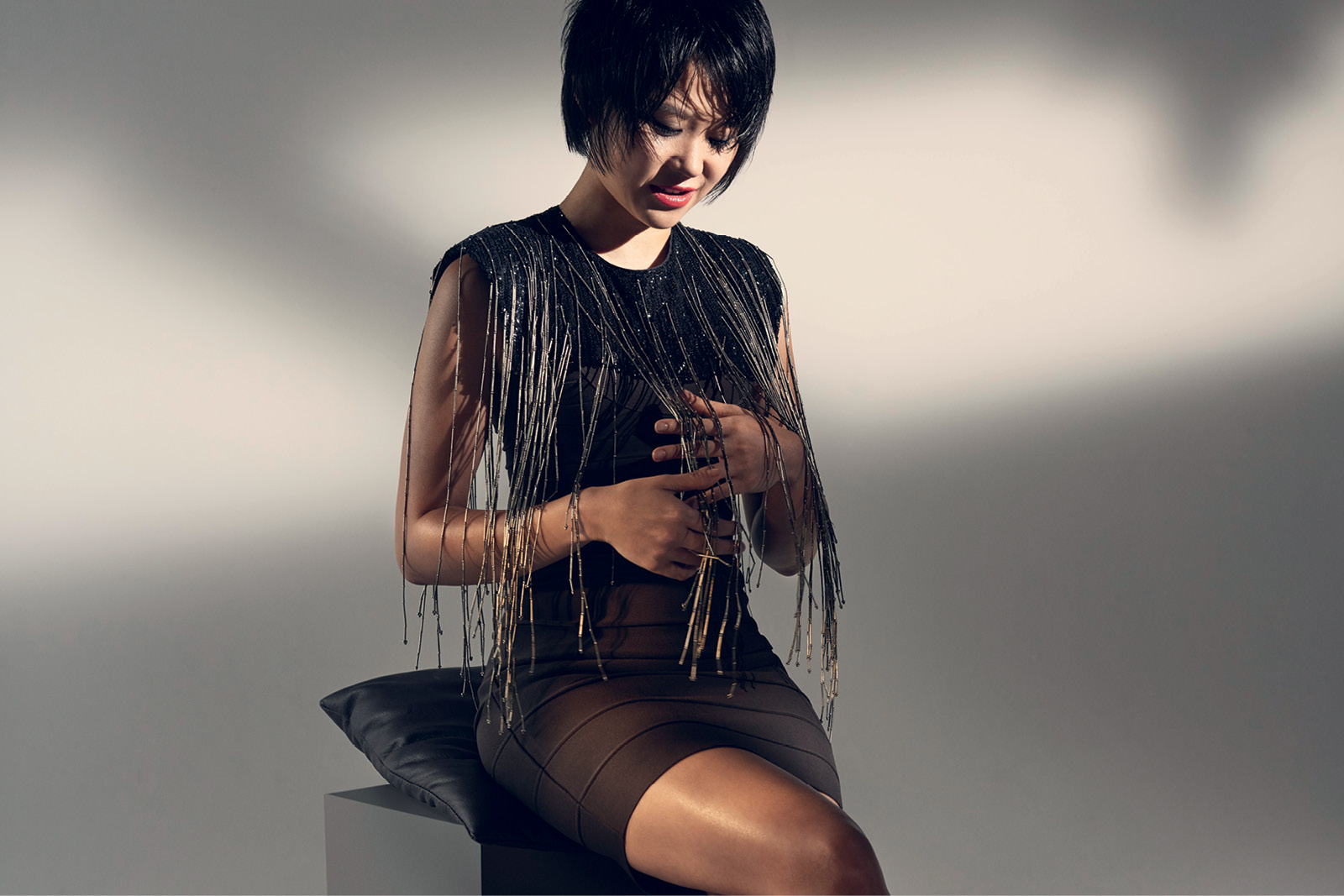 This Chinese-born pianist has concert-goers gasping at her speed-freak bravura. But last year, when she strode onstage at the Hollywood Bowl to perform with the LA Philharmonic, it was her figure-hugging bright orange minidress that turned heads – and made headlines.

The petite, fine-featured young virtuoso has gained a reputation for flaunting more than her technique in a series of very stylish, very short dresses. But in a recent Limelight interview she shrugged off the naysayers. “I was amused that in LA, the place where you think you should wear that dress, they made such a big deal. It was a hot summer; I was just being myself, wearing a dress I might wear in a bar. I was 24 and that’s how I think 24-year-olds should dress and not be criticised.” 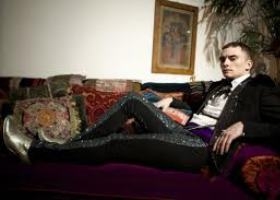 Who knew there was such a thing as organ chic? American virtuoso Cameron Carpenter did: although he insists the idea of a “showman” is “passé”, his flair for sparkles means he is often described as “the Liberace of the organ” and has been known to hand-glue sequins onto his shoes to show off his fancy footwork.

In a recent interview with Limelight ahead of his Sydney and Melbourne performances in June, he explained the origins of the uniquely high-camp, glitzy look that has an older generation of church organists tut-tutting:

“I have a strong hand in the design of things. My outward style is very much a part of me, and physical fitness is an absolute passion of mine. I think it’s very important that people understand something from what they see of a person as well as from what they hear.

“My first attraction to the organ was entirely visual. I was four years old and homeschooled, and I was given an encyclopedia from the 1950s in which there was a picture of a person playing an organ – not a dowdy, mousey church organ but an intricately carved cinema organ. He was extremely well dressed and had a moustache and a tuxedo and he was playing in front of the silver screen. If I was hungry for anything, growing up as a child in Northwestern Pennsylvania, it was glamour!”

Stephen Hough waxes lyrical about hats, one of his favourite topics on his witty blog and Twitter feed. Hough’s well-tailored style makes him classical music’s ultimate dapper English gentleman. And although Schumann said of Chopin, “Hats off, gentlemen – a genius!” Hough kept his firmly on to record a sparkling Chopin waltz.

This immaculately dressed blonde bombshell from Australia was already turning heads as a concert soloist with an unusual instrument, which emanates an unusually velvety tone in her hands. But the saxophonist also happens to have secured contracts with fashion empire Armani, which dresses her exclusively, and an international skincare company that endorses her fresh-faced beauty.

Nigel Kennedy’s thinning faux-hawk has nothing on the jet-black (occasionally cobalt blue) quiff of another one-name violinist, Korean prodigy Hahn-Bin. The 24-year-old Juilliard alumnus is drawn to the catwalk at its most cutting-edge, his striking costumes becoming an integral part of his onstage persona. “I have now become the drama. I am the art,” he proclaims. “I have vivid images in my head whenever I hear a phrase, and I bring them to life by becoming them; to create the most potent form of expression.”

Certainly his gothic, futuristic and theatrical style makes a statement – he looks like a living art installation – but if you close your eyes, his playing is just as electrifying and eerily beautiful even without the visual stimuli.

Soviet-born pianist Lola Astanova made her Carnegie Hall debut in January 2012 with a tribute to Vladimir Horowitz. No polka dot bowtie in sight, but a fair amount of skin was on show: the Uzbekistan native wore a shimmering gown, spike heels and US$850,000 in jewels on loan from Tiffany.

The 26-year-old insists she chooses clothes that simply “reflect her personality”.

The ultimate 1960s style icon, Maria Callas is the epitome of timeless elegance and has inspired generations of hopeful young divas. The porcelain skin, the jet-black coiffure, the haughty, kohl-rimmed eyes, the luxurious furs, the string of pearls… All are instantly recognisable well beyond the world of classical music, and yet they belie the effortless grace that radiated from within.

Not everyone mentioned in these pages will stand the test of time, but La Callas is simply immortal. And despite that, there is an “ugly duckling” element in her legend: the soprano slimmed down when director Luchino Visconti told her she would have to lose 30kg before he would work with her. It was this harsh dictate that transformed her into the envy of women and object of desire for men everywhere. But it was the voice, over and above the image, that everyone fell in love with.