You can read more barbed comments like these in the April 2012 issue of Limelight. 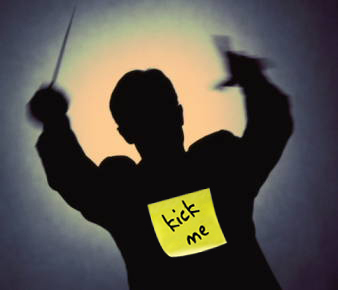 “He’d be better off shovelling snow than scribbling on manuscript paper.”

(from a letter to Alma Mahler)

“I would like to hear Elliott Carter’s Fourth String Quartet, if only to discover what a cranky prostate does to one’s polyphony.” James Sellars

“Listening to the Fifth Symphony of Ralph Vaughan Williams is like staring at a cow for 45 minutes.”

“If there were a conservatory in Hell, and if one of its talented students was to compose a symphony based on the story of the Seven Plagues of Egypt, and if he had written one similar to Rachmaninov’s, he would have brilliantly accomplished his task and would have delighted the inhabitants of Hell.”

“I love Wagner, but the music I prefer is that of a cat hung up by its tail outside a window and trying to stick to the panes of glass with its claws.” Charles Baudelaire

Quiz: Which composers were inspired by these artworks?

Many artists have been inspired by music, but can you match these ten great artworks with the composers that they inspired?

New survey finds improvising jazz musicians are the most creative of all. Continue reading Get unlimited digital access from $3 per month Subscribe Already a subscriber? Log in