It has been a whirlwind couple of years for Vanessa Perica. The Perth-raised, Melbourne-based composer, arranger and conductor released her debut album, Love is a Temporary Madness, in February 2020, and ever since the accolades and engagements haven’t stopped.

The album won Best Jazz Album at the 2020 Music Victoria Awards, and was a nominee for the Australian Music Prize and AIR Independent Awards. Perica also won the APRA Art Music Award and Australian Jazz Bell Award in 2021 for Jazz Work of the Year for Spaccanapoli, the first track on the album, and was a finalist for the Emerging Artist Award at the 2022 Women in Music Awards. 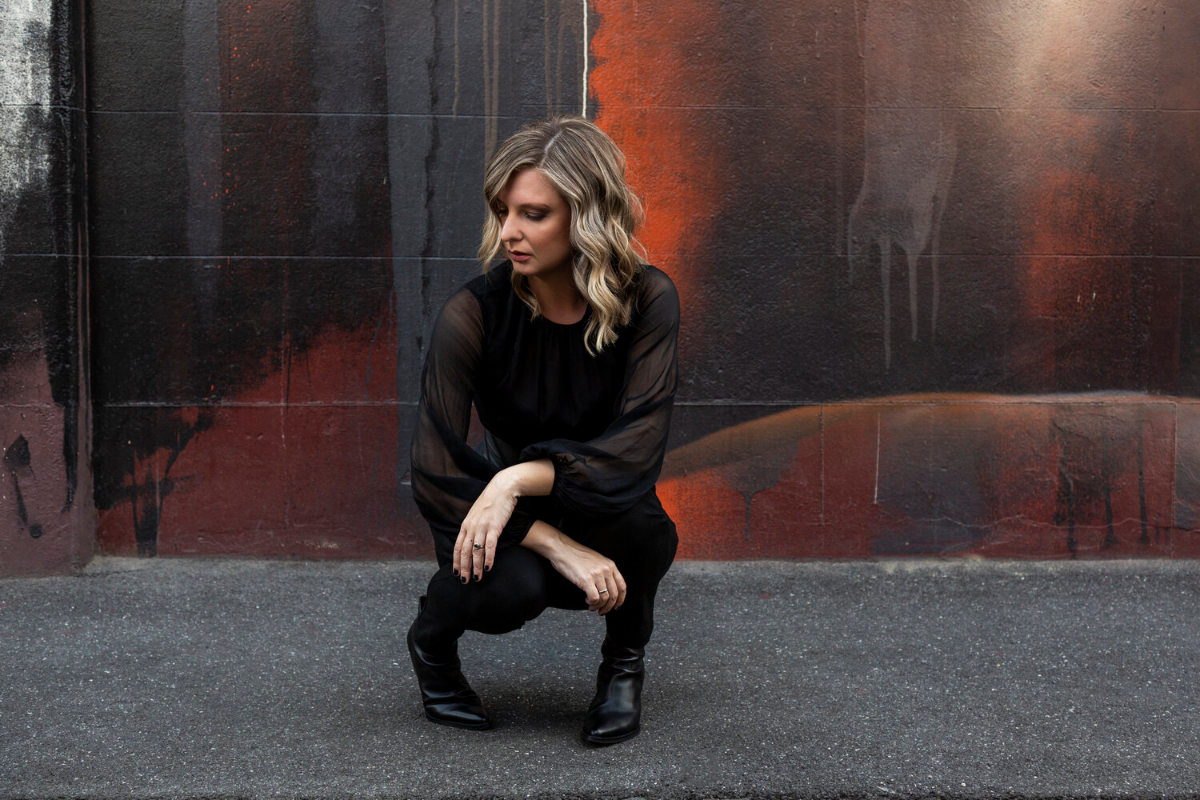 The funny thing is, Perica doesn’t think of herself as an ‘emerging’ artist at all. In fact she has been gigging, writing and working away for the better part of 20 years, long before she graduated from the West Australian Academy of Performing Arts (WAAPA) in 2003, receiving the prestigious Bob Wyllie Scholarship for Most Outstanding Graduate along the way.

“It has been an unusual trajectory for me,” admits Perica. “I was a bit lost after I graduated from WAAPA, I wasn’t quite sure how to make a living from being a large ensemble bandleader and composer. Especially in Perth where the scene at the time was a lot smaller than what it is over here in the east.”

“I kept writing music, but it wasn’t my full-time gig. But since I moved to Melbourne there are more opportunities, and I have found my groove, and I am definitely a full-time composer and arranger now. But I took my sweet time to get my debut album out!”

“But having said that I am pleased that I took my time. I am really pleased with what I have produced, and it is a mature reflection of where I am as a composer. Sometimes I do look back and think that I could have done things sooner, but I have no regrets. And it’s all happening now, so it’s all good.”

There is no doubt that Perica’s decision to move to Melbourne with her husband, saxophonist Carl Mackey, has been hugely successful, artistically speaking. A glance at the liner notes for Love is a Temporary Madness reads like a who’s who of the Melbourne scene, the lineup featuring luminaries like Julien Wilson, Mat Jodrell, Andrea Keller, Sam Anning and Ben Vanderwal – though funnily enough, a couple of those are very familiar names to Perica.

“My husband and I moved to Melbourne about six years ago, and fortunately some of our oldest friends – Mat Jodrell and Sam Anning, who are on the album – actually moved to Melbourne within six months of us as well. So we have been able to re-establish our close friendships and musical connections here.”

“[But] I adore this Melbourne scene. They have been so welcoming. It is a hugely inspiring community here, and they are all incredibly creative, and it is an absolute pleasure to write with those voices in mind. I have a real soft spot for all the wonderful musicians here.”

Perica says having such singular players in her band has impacted her writing – indeed, how could it not?

“I definitely have certain voices within the band that I like to highlight at certain points. I am absolutely channelling, for instance, Andrea Keller’s touch on the piano – that’s a big, central point for me with my writing. And also Sam Anning on the bass, Ben Vanderwal on the drums, they are the real engine room of what’s happening. That’s my starting point and then from there you can start broadening the palette with the extraordinary voices of Mat Jodrel on trumpet, and Julian Wilson on saxophone.”

“I absolutely think about their sounds, and then highlight them when they solo by trying to produce lovely backings for them to really shine and do their thing on. There is a lot of imagination involved, but I know these musicians so well now I like to think I can give them a lovely platform to do what they do best.”

In the biggest and grandest sign that she has been entirely claimed by her adopted city, Perica has become a regular collaborator with the Melbourne Symphony Orchestra. In February 2021, a Love is a Temporary Madness Symphonic Suite was premiered by the MSO and Benjamin Northey at the Sidney Myer Music Bowl, and in December the Vanessa Perica Orchestra collaborated with the MSO again to present the Melbourne International Jazz Festival’s Opening Night Gala at Hamer Hall.

“That was hugely thrilling, and the most wonderful experience,” says Perica, her disbelief and wonderment radiating through the phone. “They commissioned me to write a 22-minute suite for my big band plus the Melbourne Symphony Orchestra, conducted by Benjamin Northey.”

“It was hugely thrilling. I particularly have a thing for writing for strings, I am really into the cinematic style of writing, so I loved that. It was so fantastic. And I got the lovely experience of being able to conduct the encore at the Sidney Myer Music Bowl… To have the string section underneath you whilst you are on that podium was so exhilarating. They are such an incredible orchestra. I still pinch myself at that whole experience. If I could just keep writing orchestral music for the rest of my life I would be hugely happy.”

Northey has been a huge influence throughout this process. “I adore that man,” says Perica. “He was such a beautiful person to collaborate with, and he really included me the whole way. It was a very special experience, and it has been really quite life-changing for me – I have received a lot of calls for work since, for commissions, so it has been a really critical moment for me.” 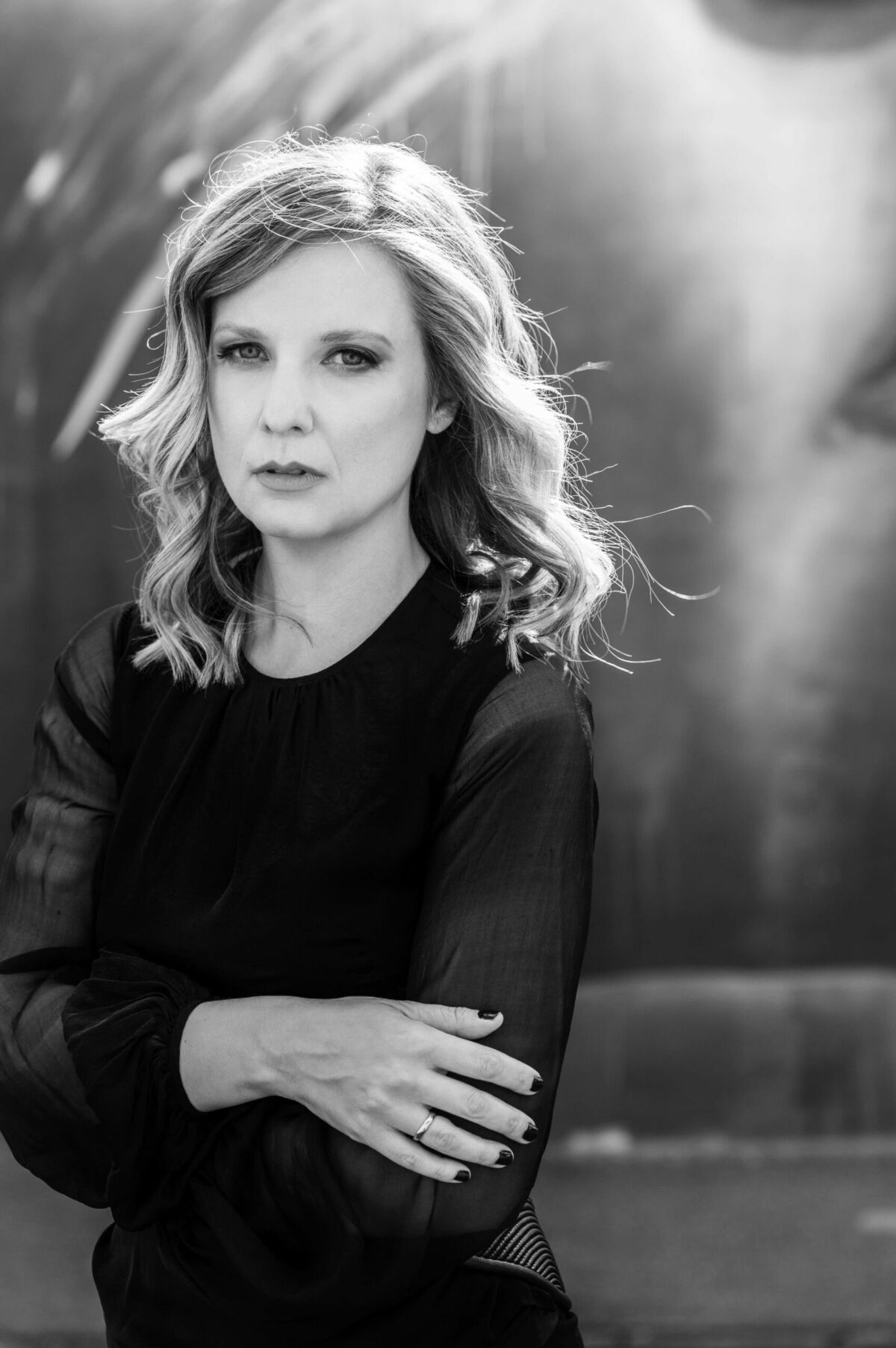 One of those opportunities comes about this weekend, when Perica will take part in the 2022 Sydney Con Jazz Festival on Sunday, 5 June, alongside many local and international stars and several familiar faces – including Julien Wilson and Andrea Keller. Perica will be conducting the Australian National Jazz Orchestra Youth Big Band in a number of her own works, and although younger than her usual collaborators Perica is excited about working with the rising stars in this ensemble.

“I’m hugely excited to be premiering some new compositions with these wonderful and dynamic young musicians,” she says. “The standard that came through the blind auditions was outstanding, so I can only imagine what they will sound like as a group after an intensive rehearsal period together. I cannot wait!”