Entertainment options have never been more varied than they are in 2021. Nearly every film, TV show, album, podcast and book are at our fingertips – finances and internet connection willing – with even Hollywood’s once-omnipotent studios forced to bend to the whims of on-demand viewing. And yet even with all this high-tech wizardry, the humble wireless remains an essential part of every home’s entertainment setup.

Statistics gathered over the past couple of years understandably come with an asterisk in the shape of COVID-19, but it appears as though lockdowns accelerated a trend of audiences listening to more and more radio.

The latest Community Radio Listener Survey conducted by the Community Broadcasting Association of Australia found that, in 2021, 16 million Australians over the age of 15 listened on average to 14 hours of radio per week, with a fairly even split between male (55 per cent) and female (45 per cent) listeners, evenly distributed across age ranges. 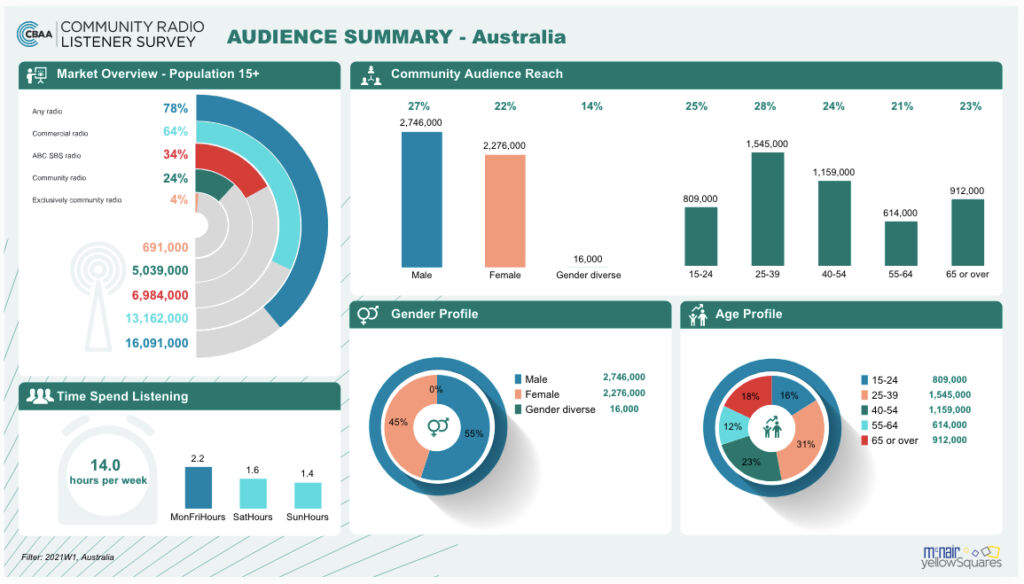 One shift that has been noticed is a drop in live listening in favour of time-delayed listening, as audiences prefer to listen to their favourite shows on delay, or to listen to podcasts, at a time that suits their schedule. And of course with our phones forever attached to our persons, much of this on-demand listening is through mobile apps, in particular Spotify, iHeartRadio and the ABC’s ABC Listen.

Both of these consumer trends have been addressed by Tivoli Audio in designing their flagship radio, the Model One BT. Long a favourite for radio listeners due to its strong performance and clean, efficient design, Tivoli’s flagship product has now added Bluetooth functionality to ensure the product can keep up with the needs of its listeners.

Limelight spoke to the team at Tivoli Audio to find out what goes into designing a product such as this, and to discuss the constant tension between form and function that has been the bane of designers for decades. 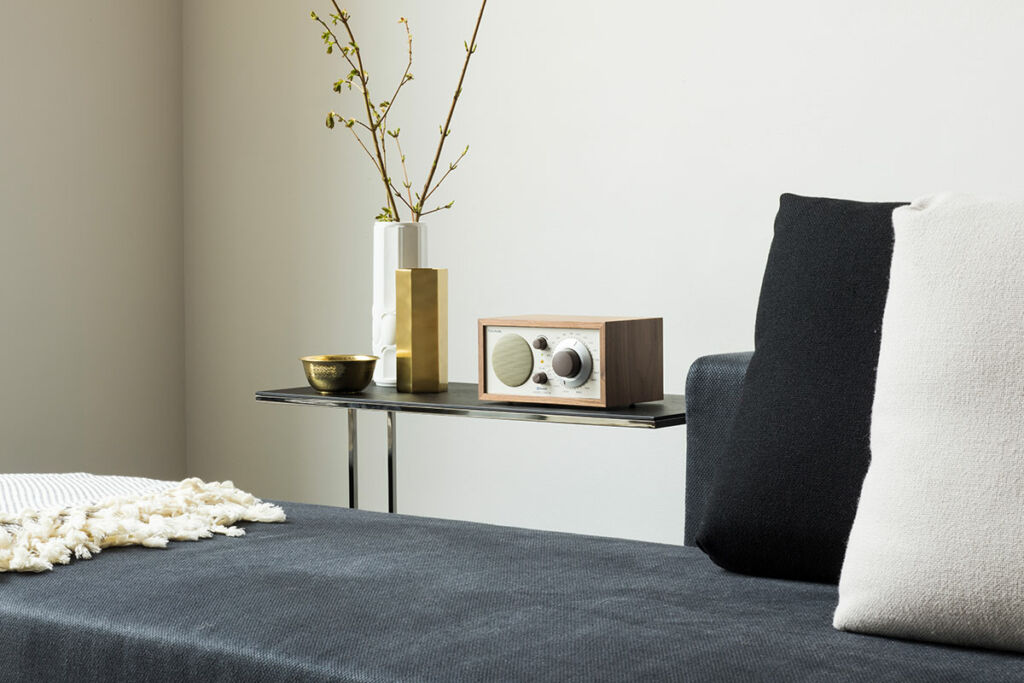 What were the guiding principles when designing this product? What were you trying to achieve?

The Model One was released in 2000 when a high-quality and simple to use table radio with exceptional reception and sound was hard to find. For the most part, audio equipment was plastic, bulky, and the radio tuners were afterthoughts to disc changers and design. The classic-looking radio quickly became a favorite for audiophiles and designers alike. Over a decade later, the decision to add Bluetooth was an easy choice to make. The quality of Bluetooth audio was improving, and the way people consumed audio was also changing. Since the original was released and with the addition of a Bluetooth option, the Model One product line continues to be one of our best-selling.

Visually it is very different compared to how audio equipment has evolved, looking more like analogue radios of the 1970s than the blank, featureless blobs tech companies seem to be forcing on us. What was the thinking behind that design choice?

Henry Kloss, one of the founders of KLH (and many other audio companies) and the engineer behind many of their radios and speakers, designed the radio late in his career. He directly took influence from his work on the Model 8 to build the Model One. He paid great attention to the aspect ratio of the speaker to the tuner and the source and volume knobs to layout a visually appealing all-in-one product.

The original analogue tuner was used on the Model One to allow the listener to fine-tune the frequency. There was additional technology built into the tuner to help block out interfering frequencies. As technology has evolved, digital tuners have become more accurate, and we have moved to a digital tuner in this product; but retained the analogue style. This is due to the balanced look of the radio, everyone’s love for its tactile nature, and the perfect feel of turning the 5:1 ratio dial. In a world overwhelmed with apps, buttons, and touch screens, people just really enjoy the feeling of turning a dial.

Despite technology allowing us to listen to more music, podcasts, and content from all around the world; more than ever before, audiences for traditional radio remain very strong, especially in Australia. Why do you think that is?

With all the new technologies, radio is still the simplest option – just turn it on and enjoy music, hear the news, or learn something new. Radio offers diversity – news, music, and locally curated content that can be enjoyed wherever you are. And it is different than other audio entertainment because it is live. Australia is very lucky to have many community radio stations that provide local coverage and music shows. These radio stations serve the needs of the local area. Radio is a community and group entertainment experience with listeners being able to interact with the host by calling in. While podcasts or streaming services allow users to curate their own listening experience, it is solitary.

View the full range of Tivoli Audio products on their website.

Give a Limelight subscription as a gift this Christmas and, thanks to Tivoli Audio, you could win a Model One BT in the classic walnut and beige finish. Click here to learn more about this offer and the Model One BT.

The other kind of browser

With classical record stores around the country closing their doors as streaming becomes the new way to listen to music, Phillip Scott shares his life-long passion for collecting classical music on vinyl and CD.

Paris Opera’s Boris Godounov: Nothing Modest About This Collaboration

Ivo Van Hove’s new production of Mussorgsky’s Boris Godounov is sure to be a hit for Paris Opera.

Vinyl sales are up, downloads hold steady but downward trends in physical sales continue. Continue reading Get unlimited digital access from $3 per month Subscribe Already a subscriber? Log in

ABC Classic 100: The Music of France

Voting opens today! Your chance to pick your favourites by Debussy, Ravel and more. Continue reading Get unlimited digital access from $3 per month Subscribe Already a subscriber? Log in

The Classic FM presenter gives his vocal chords a workout at the Australian Festival of Chamber Music. Continue reading Get unlimited digital access from $3 per month Subscribe Already a subscriber? Log in