“And there is music’s problem, I’m afraid –
Who pays the piper? For he must be paid.”

In 1983 British satirist Richard Stilgoe penned the above words, exploring the changing ways that artists have been paid. If you ask a freelance artist the question ‘who pays the piper now?’, there is a good chance the answer will be ‘no one’. The pandemic has brought us to a precipice – whilst much has (correctly) been written of government’s responsibility to the sector, it is also true that relationships between arts organisations and freelancers have become increasingly fragmented, as the vulnerability of freelance artists has been exposed. Change is needed: Arts organisations must become better informed of the practices and challenges of freelance artists and prioritise them accordingly. If we do this, we ensure that our collective creative potential is sustained post-pandemic. 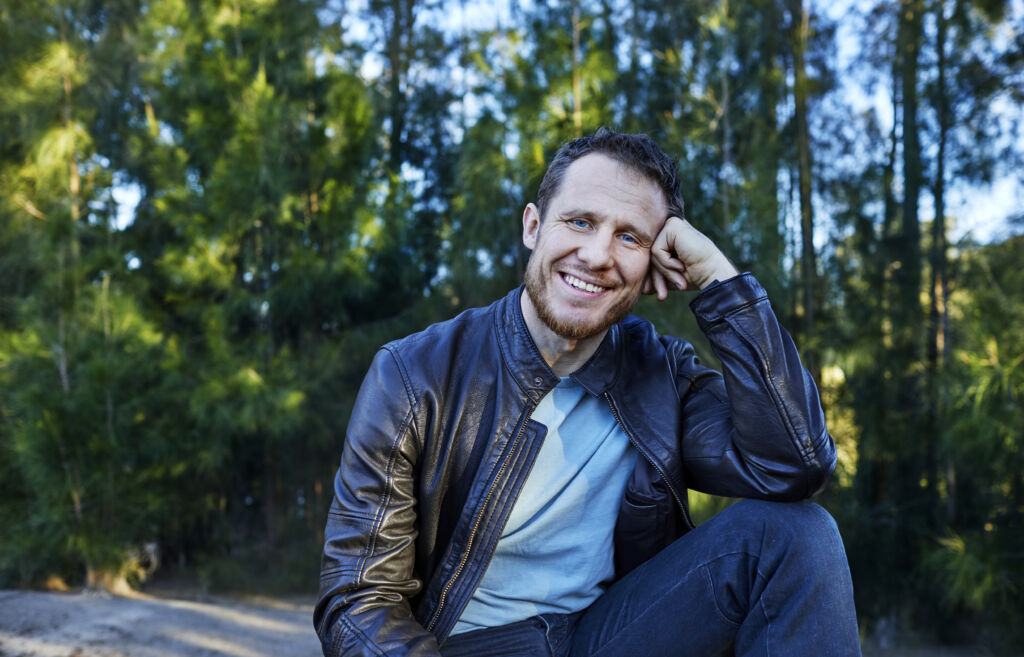 All freelance artists were affected when the pandemic began last year. As a musician, the first impact I experienced was the cancellation of a major festival I was performing in, which audiences were told about before the artists. When I enquired whether the Festival would be prepared to split the sunk $5,000 of flights I had already booked for my fellow musicians, I was firmly chastised and (surprisingly) lectured that I should be grateful that the Festival was able to refund fees paid to the stallholders. Freelance artists were seemingly forgotten about.

Talk to any freelance artist and you will discover such exchanges with organisations have become more regular since last year. Whilst everyone in the Arts is experiencing challenges, there is no doubt that it is toughest for freelance artists. Freelancers have been the last to be paid – not through ill-intent, but through the way our arts ecosystem has evolved.

My own position is a fortunate one, as I straddle life as a part-time freelancer with my role as part-time Artistic Director Education for Musica Viva Australia. With the privilege of at least some income security, I feel an obligation to speak out on this issue. The state-of-play between freelancers and arts organisations needs to be re-written. Artists should not be at the bottom of the pyramid, and there are alternatives to current practices from which we can all benefit.

Government support, such as JobKeeper last year, gave significant support for many Arts organisations, and patchy support for freelancers. When talking to artists, this asymmetry has accelerated the erosion of the dynamic between Arts organisations and freelancers. One organisation recently adjusted their cancellation policy on freelance contracts from 14 days to 48 hours – providing no security of income or confidence for artists to make plans to take the work, and moving the financial risk away from the organisation to the individual artists. Elsewhere, a festival sent invoices to artists for cancelled flights that the festival had booked. Such examples are in addition to the countless instances of cancelled contracts, where freelancers have largely been left high and dry.

Whilst these (deliberately anonymised) decisions made by arts organisations may seem cruel, they are no doubt guided by good intentions despite being ill-informed. Many arts organisations, for example, opened up spaces for artists to use in kind when the pandemic began. However, whilst this is a seemingly benevolent gesture, it fails to acknowledge the inequity between funded arts organisations, their paid staff, and unpaid freelance artists. In the words of one well respected director, “I question arts centres giving space to professional artists without any financial support, it’s a practice that needs to be addressed as the messaging is that the crumbs should be enough”.

Fortunately there have been some organisations, both large and small, who have shown that it is possible to prioritise freelance artists. They have recognised that the sustainability of our arts primarily relies not on the bricks and mortar, not on having concerts, not on the corporate strength of an organisation, but on having a culture where practicing artists are supported and nourished. 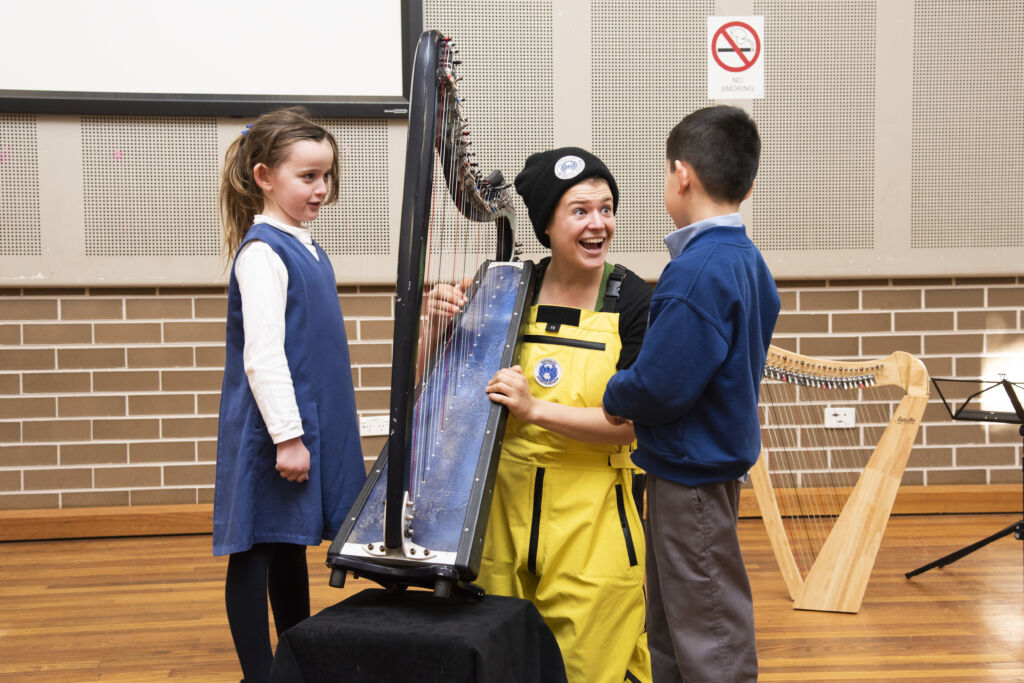 Melbourne Chamber Orchestra, a small arts organisation with limited resources, paid 10% fees to artists who had concerts or contracts cancelled. In the words of one musician, “even if the monetary value wasn’t much it made us feel like we were cared for and valued. At least they tried – it feels like many other companies just don’t care about their freelance artists and left them in the dark to fend for themselves.” On the other end of the scale, Musica Viva Australia (whom I work for) last year guaranteed freelance artists a minimum 30% of fees of scheduled performances during the year regardless of what was cancelled, which this year was raised to 50%. I would love to hear more examples of this type of income support.

Do such guarantees fully compensate the economic loss that freelance musicians face? No, they don’t. But they are a step forward to better balance the dynamic between arts organisations and freelance artists, which the vibrancy of the arts organisation ultimately depends on. The needs of artists can still be prioritised with humility and respect.

Any investment that prioritises freelance artists also pays dividends to that organisation – the good-will generated by the Melbourne Chamber Orchestra’s modest 10% cancellation fee is a terrific example. However, the pay-off can be more than just good-will. Musica Viva’s artist guarantee was implemented in tandem with the development of Musica Viva In Schools Online, which streamed over 500 online concerts to schools. This initiative, developed hand-in-hand with over 50 freelance artists, ensured that the artists’ income guarantee was accompanied by new income streams for the company, cushioning the impact of the pandemic. One prominent musician wrote to me, “Unlike other large organisations it is clear that it is not a pyramid structure with musicians at the bottom. Musicians will all I am sure be ready to chip in gratefully to whatever Musica Viva comes up with, so that we can keep our live music afloat”. Freelance artists power our society’s creative engine. They are among the most qualified and capable of finding innovative solutions to difficult scenarios. Those who invest accordingly in the creative potential of freelance artists to come up with collaborative solutions will be paid back in spades.

The dynamics between freelancers and arts organisations needs to change – if they don’t, the exhaustion and isolation that so many freelancers currently experience will result in the loss of a generation of artists. There are small steps we can all take: we need to increase the representation of freelance artists in the governance of arts organisations; organisations should be encouraged to prioritise the sustainability and income of freelance artists, even if it means eating into reserves, or reconsidering the ways things have previously been done; and we need to better appreciate that investment in freelance artists is a win-win for everyone.

Freelance artists are a resilient and creative workforce who are used to do amazing things with little resources. Every organisation will have different capabilities and means to support freelance artists. But with a shift in mindset, just the tiniest gesture of kindness and recognition is enough to change the status quo, and ensure that the arts remain central to the arts industry. The piper can still be paid, if we think it’s important enough. And if our own sector doesn’t, who will?

Michael Sollis is a freelance musician and the Artistic Director Education for Musica Viva Australia.

A new initiative founded by Canberra flute player Sarah Grey seeks to take the angst out of funding, she tells Angus McPherson, by creating a one stop online shopping destination for arts philanthropy.

The struggles of the Small to Medium sector

Steve Dow looks at the challenges facing small to medium arts companies when it comes to venues and funding.

Benjamin Northey: we can’t afford not to fund the arts

The winner of Limelight’s Australian Artist of the Year: People’s Choice, conductor Benjamin Northey reflects on a busy year, the potential of film music concerts, and issues a call to arms on arts funding.