It was in the aftermath of the 2020 summer bushfires that a singer rang me from Cyprus to suggest I compose a work about climate change, a subject of concern for me. My research for lyrics did not elicit anything I considered suitable, so I turned to Derek Dowding, a local poet, singer, actor, raconteur, and a person vitally interested in the future of humanity and of the planet. 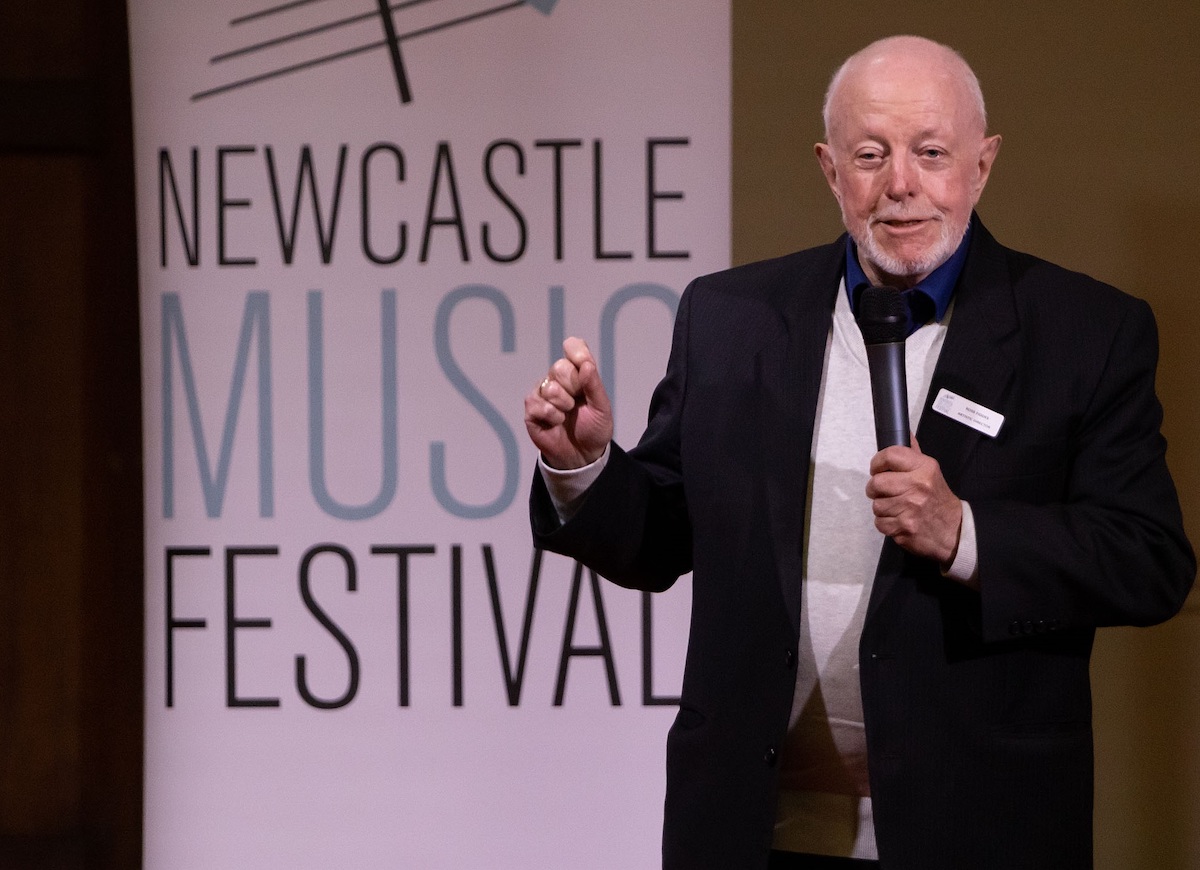 Derek and I had worked together before – he brilliantly performed the role of Abelard in the workshopping and concert performances of my hybrid opera Abelard and Heloise, which, in 1997, won a CONDA Award for Outstanding Achievement in Newcastle Theatre, against some 200 other stage productions in Newcastle’s bi-centenary year.

Derek worked long and late on the lyrics for the work, producing an emotional document covering history, cause and effect. His text produced musical responses from me, which I consider react appropriately to both his words and the subject matter. I hope our listeners will agree.

For the musical treatment, I had to consider that the length of the work –which is a 30-minute sung-through piece for soprano and piano – required a recurrent grounding to avoid too many thematic ideas getting in the way of the words. To that end, I created a quasi-reflective section which appears, rondo-style, quite a few times during the length of the piece. And, for further cohesion, I built an ABA (ternary) section early to address certain word structures.  Mostly, the various sections followed the stanza structure provided by Derek, with some combinations.  My musical style is essentially melodic, but with dramatic and other episodes, be they tonal, astringent, harmonically indecisive and so on. In building the work, I was principally influenced by the impact and flow of the words.

The work is quite mammoth for both the singer and the pianist. I am absolutely delighted that Anna Fraser will again premiere a work of mine – in 2015 she gave a marvellous performance in the premiere of my composition The Man in the Other Room. For Toasting Mother Earth, she will be accompanied by Jack Symonds.

We can only hope that the new work ultimately adds to the chorus of warnings and concern about the climactic future that awaits if we continue to ignore or postpone dramatic and urgent attention to addressing the causes of climate change.

A living orb cloaked white and blue and green
Revolving and evolving, tight-hugged in orbit flight
We ride her back; dependent, fragile offspring.
Suckling all the while …but have we bonded?

A world unlike any other world we’ve seen
Gifted with Water, Air, Earth and perfect Light.
The essentials of life. Freely, these gifts she brings.
Free for all but how have we responded?