State Opera South Australia is to present a Gilbert & Sullivan festival over two weekends in May 2023.

The G&S Fest will be centred around three of Gilbert & Sullivan’s 14 comic operas, details of which will be announced in September. It will also include a gala performance, recitals, talks and film screenings. 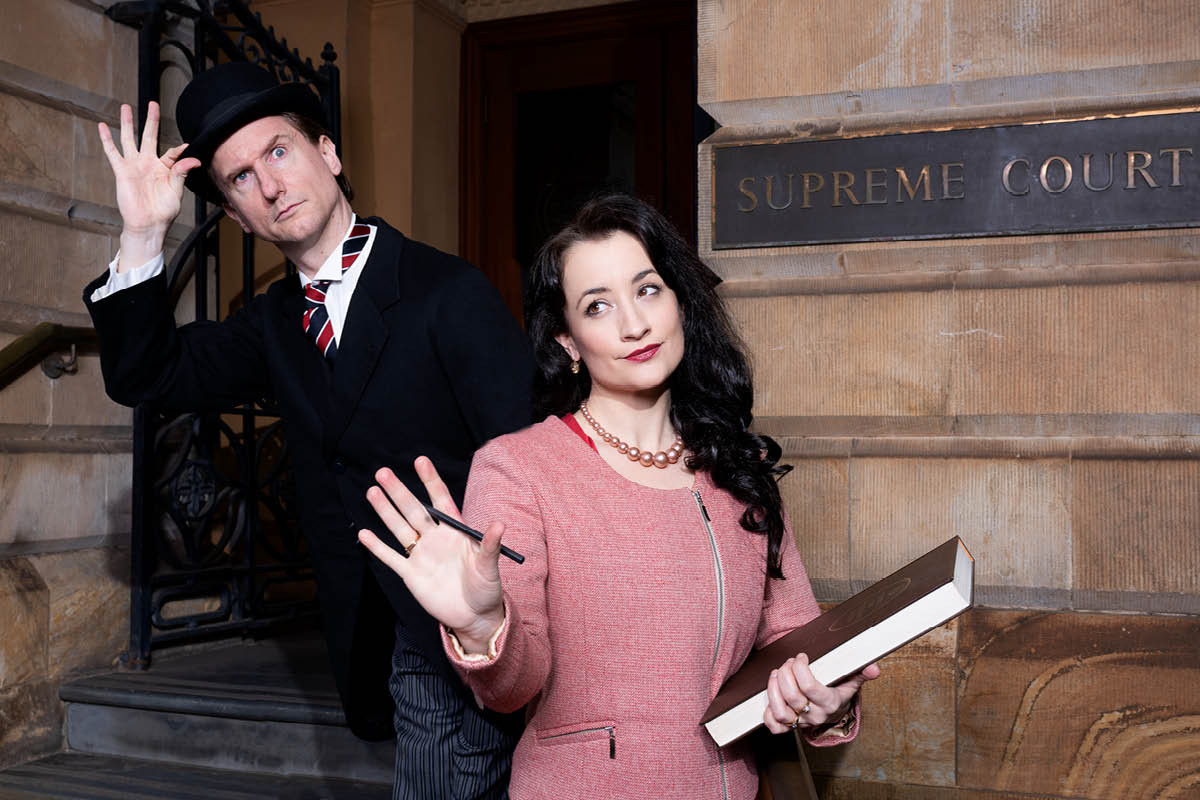 State Opera’s Artistic Director, Stuart Maunder – who leaves the company in mid-2023 to take up the position of Artistic Director of Victorian Opera – is one of Australia’s foremost interpreters of the 19th-century British comedy operas, written by dramatist W.S. Gilbert and composer Arthur Sullivan.

“I’m thrilled to be able to introduce the works of Gilbert & Sullivan to a whole new generation in May 2023,” said Maunder.

“Not only is their work some of the finest music and lyrics ever put to paper, but they shape everything that comes after them. We would have no modern musical theatre, no Monty Python, and no filmmakers like Mike Leigh and Aaron Sorkin without the game-changing style of G&S.”

“Satire and silliness are two of mankind’s greatest pleasures, and the music of Sullivan – that unquenchable melody – is a thing of its own. Try it – I dare you not to love it.”

Speaking to Limelight, Maunder says that the festival was actually the idea of State Opera’s former Executive Director, Yarmila Alfonzetti, who took up the role of Chief Executive of Queensland Symphony Orchestra in July.

“I’m a firm believer that artistic directors aren’t there to just do what they want to do, but I did create quite a few productions for Opera Australia  – and one of those we were able to use, so there’s a little hint – and Yarmila said, ‘while you’re here, you’re mad if you don’t use your expertise’.”

Maunder says that the G&S Fest will also include an event, “which we’ve termed in the budget Sacred Sullivan. His other great success was as a church composer, Onward, Christian Soldiers being his most popular hymn, but he has written lots of oratorios – and that was the thing that he was actually knighted for by Queen Victoria rather than his work on the frivolous Savoy Operas. Mind you, she never commanded that the company come to perform his Te Deum. They came to perform The Gondoliers, but that’s another story.”

Maunder says the festival will also include a gala, which will showcase a lot of Gilbert & Sullivan’s best music. The three productions will happen at the weekend. During the week, there will be a number of recitals of Sullivan’s parlour songs, as well as talks and screenings of Mike Leigh’s 1999 film Topsy-Turvy and Sidney Gilliat’s 1953 film The Story of Gilbert and Sullivan, starring Robert Morley and Maurice Evans.

“Gilbert and Sullivan were a huge part of our performing heritage and our English-speaking theatricality. There’s no genre that’s lasted like G&S, but there’s a whole generation of people who have missed out on doing a G&S at high school. I think that’s to do with Andrew Lloyd Webber and Tim Rice and their Joseph and the Amazing Technicolor Dreamcoat. [Performing G&S at high school was] where you either got your love or loathing of the genre from. That is missing at the moment, and I defy people not to come along and have a good time,” says Maunder. 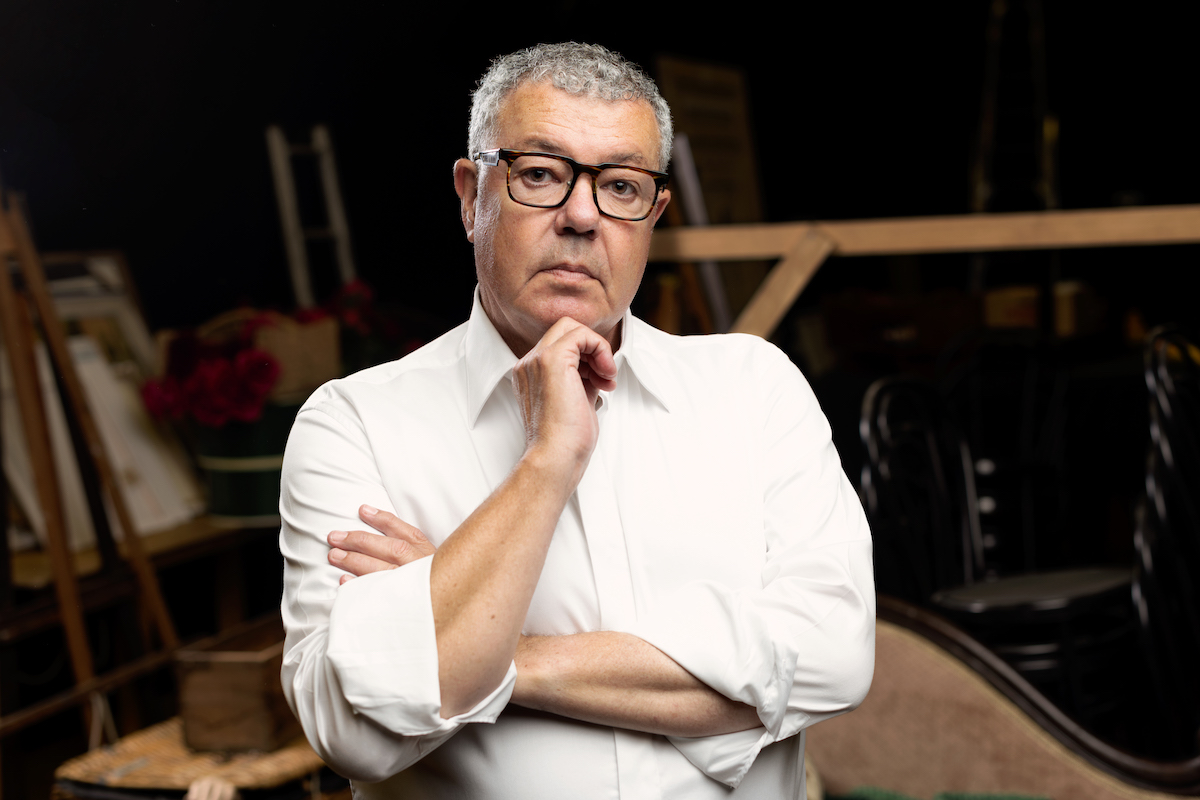 As for his appointment at Victorian Opera, Maunder says that “it feels like coming home, it really does. I have had a wonderful time at the company and directed some great repertoire, including four Sondheim shows [Sunday in the Park with George, Into the Woods, Sweeney Todd: The Demon Barber of Fleet Street, A Little Night Music] and Janáček’s The Cunning Little Vixen. Melbourne is a fascinating town, and there is a really loyal, knowledgeable audience there.”

Maunder is not yet in a position to say what he hopes to program at VO, but he says, “I can quite happily say that I will be developing what they have already been doing, so I am not reinventing the wheel.”

That said, he has ideas for what he’d like to do in 2024 to mark the 100th anniversary of Puccini’s death, and he’d love to see more works by Mozart, Janáček and Britten staged in Melbourne.

“We had a tremendous success here earlier this year with Britten’s Turn of the Screw. Kanen Breen was put on earth to play Peter Quince in The Turn of the Screw and likewise Rachelle Durkin as the Governess. I am really proud to have presented those kinds of Australian artists in their prime in Adelaide and I hope to do that sort of thing in Melbourne.”

Bringing Australian performers back from overseas to perform here, helping develop the careers of Australian singers, and performing Australian operas are all of major importance to him.

“Australian work has always been a passion of mine and nobody has created as much Australian work in the last 15 years as Victorian Opera. They have also happily straddled that line between music theatre and opera, and that is something I am passionate about, because what is an opera? There are as many kinds of operas as you and I have had hot dinners.”

Maunder is keen to develop an ensemble. “I don’t mean that it has to be people on full-time salary or people who live in Melbourne, but people that you have a good working relationship with and you can continue to see develop. Take Samuel Dundas, for example, who started at Victorian Opera all those years ago under Richard Gill doing Don Giovanni and things like that. He then goes to Opera Australia, where he has done a lot of Marcellos [in La Bohème]. He did our Bohème on the Beach at Glenelg Beach earlier this year, but then he comes back to us to do a one-off performance of Voss. That is a career-defining role from this boy we’ve seen develop, so I want to continue to do that kind of thing.”

The G&S Fest will take place in Adelaide in May 2023. Tickets will go on sale in September when the program is released. G&S lovers can register their interest on a dedicated website to receive news, program information and early access to ticket sales. Register here.