The Adelaide Symphony Orchestra has revealed Floods of Fire, a series of collaborative compositions that tell the stories of numerous South Australian communities, their environment and the impacts of climate change. 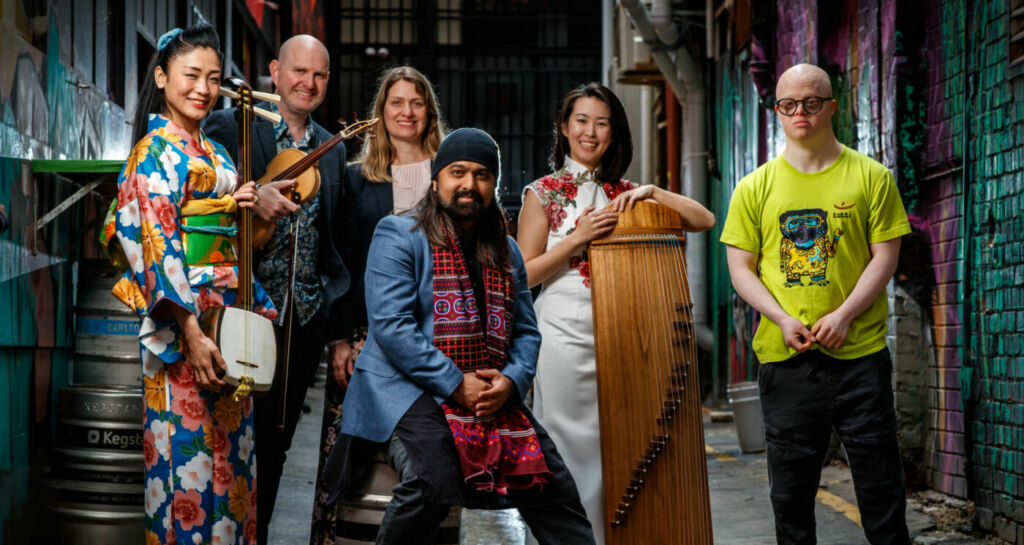 Floods of Fire is in many ways an unusual project for an arts organisation to undertake, not least that the actual performance outcomes are arguably less important than the devising process. The orchestra’s Managing Director, Vincent Ciccarello, said that the process was important to allow South Australians to come to terms with the devastating fires and then floods of 2019/2020. Through a process of storytelling and cultural exchange, the community was able to start to process those traumatic events by sharing stories of creation, destruction and re-creation.

“The project reflects everything a modern day orchestra should be in 2021, accessible for all in the whole community, enabling the community to connect with and learn from other cultures in the development of new music for the orchestra,” says Ciccarello.

These organisation and individuals were joined by composers Julian Ferraretto, Hilary Kleinig, Adam Page, Luke Harold, Grayson Rotumah, Jakub Jankowski, Zhao Liang and Belinda Gehlert, with the music tied together by conductor Luke Dollman and the project as a whole guided and facilitated by Chris Drummond, Artistic Director of Brink Productions, an Adelaide theatre company that specialises in ensemble development, making him the ideal person to keep an eye on how all these myriad stories intersected with the process of collaborative composition.

Initially all these disparate groups were assembled for one all-in session, before being split up into smaller groups to explore different aspects of floods and fire. Drummond says that first session has set the tone for the remainder of the project.

“Over three hours an extraordinary musical conversation unfurled between this community of artists representing many cultures and backgrounds, all exploring personal responses to their different encounters with floods or fire.”

“Dr Jared Thomas from the SA Museum spoke of the First Nations dreaming stories that shaped the lands on which we exist. It was a powerful and unifying start to the project and has sustained and nourished all the participants as they have gone on to work in smaller separate groups over the ensuing months.”

Musician Farhan Shah’s description of the workshop group he was in goes some way to demonstrating the unique mix of cultures and artforms present, including, “a Pakistani Sufi Chanting composer vocalist, a flamenco guitarist/composer, a young innovative Iranian female musician with a unique manually digital sound box instrument all working with acclaimed lead composer/musician Julian Ferraretto,” he recalled.

Audiences will get their first taste of the project at the ASO’s Festival of Orchestra (FOFO) in November. Singaporean-Chinese composer Zhao Liang’s work is a suite of five pieces, crafted alongside composer Belinda Gehlert, that tell the tale of the phoenix, and will be performed as part of the Festival’s family program. Elsewhere at FOFO, Grayson Rotumah and Luke Harold’s piece will be performed on the main stage along with Julian Ferraretto’s piece, co-written with the Open Academy and students from Carlton School Port Augusta, before a 200-person performance of Orff’s Carmina Burana.

After that, future performance plans are uncertain, save that 2022 is being targeted for a performance of the complete work/s. But it is clear from hearing people talk about the workshop process that much of the project’s overarching goals have already been achieved.

“Music is a great art form for telling stories,” says ASO Associate Principal Trumpet Martin Phillipson. “One of our primary objectives in the orchestra is to connect with community. Community really needs music for healing it needs music to tell stories it needs music to connect again. People need music now like never before.”

Phillipson was one of the thousands that fled Mallacoota as ravaging bushfires hit Gippsland in January 2020 burning more than 200,000 hectares. He vividly remembers the experience as harrowing, saying, “the fire front was approaching and we decided to evacuate we got out through smoke but it was very scary. We left everything behind and lost everything we left.”

Phillipson described the Floods of Fire community workshops as “a humbling experience”.

The classical nominees at this year's AIR Awards are Andrew Blanch and Ariel Nurhadi, Ensemble Offspring, Richard Tognetti and the ACO, Jayson Gillham and the ASO, and Joseph and James Tawadros and the SSO.

Acknowledgement of Country gets a musical makeover in Adelaide

Adelaide Symphony Orchestra will perform Pudnanthi Padninthi at all concerts from now on.