Over the past two months, Limelight’s panel of critics has been busy scrutinising the 50 outstanding recordings that made the not-­so-­shortlist for our 2021 Recording of the Year. And the winner is – cue fanfare – the Minnesota Orchestra’s magnificently engineered disc of Mahler’s Symphony No 10 in a gripping, fresh and imaginative interpretation by Music Director Osmo Vänskä.

It appears on the always impressive Swedish label BIS (BIS BIS2396) and is also honoured as our Orchestral Recording of the Year. 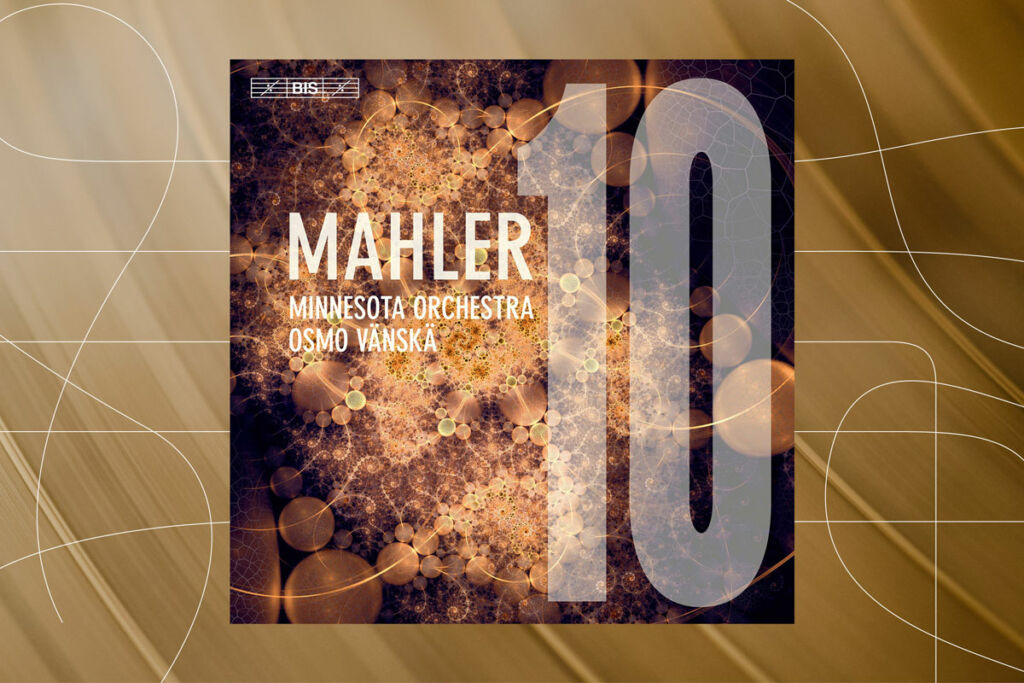 “If, like me, you’ve always regarded Mahler’s Tenth Symphony as more of a suggestion of what might have been than a cohesive musical argument, prepare to be convinced as never before,” wrote Clive Paget in his five-star review back in April. “Not only is Vänskä’s one of the best recorded versions of the work – heard as is generally the case in Deryck Cooke’s second performing version of 1976 – it has a uniquely unified quality that belies the fragmented state of Mahler’s unfinished thoughts. Their compelling account had me on the edge of my seat from start to finish.” “Put simply, Vänskä and his Minnesota Orchestra make you believe in the work as a fully-fledged musical and dramatic entity. With a powerful sense of the tale that he wants to tell and the musical arc across which he intends to tell it, Vänskä holds to a vision that pitches from peaceful repose into moments of diabolical madness before ending in mute resignation.” Earlier this month I caught up with Osmo Vänskä to talk about why he believes in the Tenth as part of a Mahler cycle and what Mahler might be trying to say in this fragmentary work.

As for Vänskä’s way of working through the symphony’s five movements,

“The handling of the opening Adagio is sublime, its long themes opening up in endless waves thanks to the clean-toned Minnesota strings and Vänskä’s perfectly judged balance between purposeful progress and emotional repose,” our review continued. “His determination never to allow the music to swoop or wallow pays dividends as the movement approaches its restful close. BIS’s engineering – producer Robert Suff and sound engineer Matthias Spitzbarth – is immaculate, simultaneously spacious and detailed, and presented with convincing weight and clarity.”

“The first Scherzo is nimble and fleet of foot, Vänskä’s insistence on delicacy over grotesquery neatly reflecting the first movement. Again, incident is brought out with considerable imagination and there’s some superb solo work from the Minnesota principals. This is musical storytelling at its finest.”

“In Vänskä’s hands the Purgatorio third movement is a gossamer memory of the younger composer in the carefree days of the Fourth Symphony, a hazy vista in which the clouds occasionally darken. Building his argument, Vänskä urges the second Scherzo forwards while ensuring plenty of interior contrasts.

“Slipping into the final movement, the sudden impact of the muffled drum – inspired by a funeral procession that Mahler and his wife Alma witnessed from the window of their New York hotel room – is heart-stopping, as is the following progression in which the musical spools of Mahler’s life seem to gradually unravel before our ears. Over 25 unmissable minutes, Vänskä interweaves the heart-rending and the mercurial in a riveting demonstration of musical storytelling.”

Chamber Recording of the Year 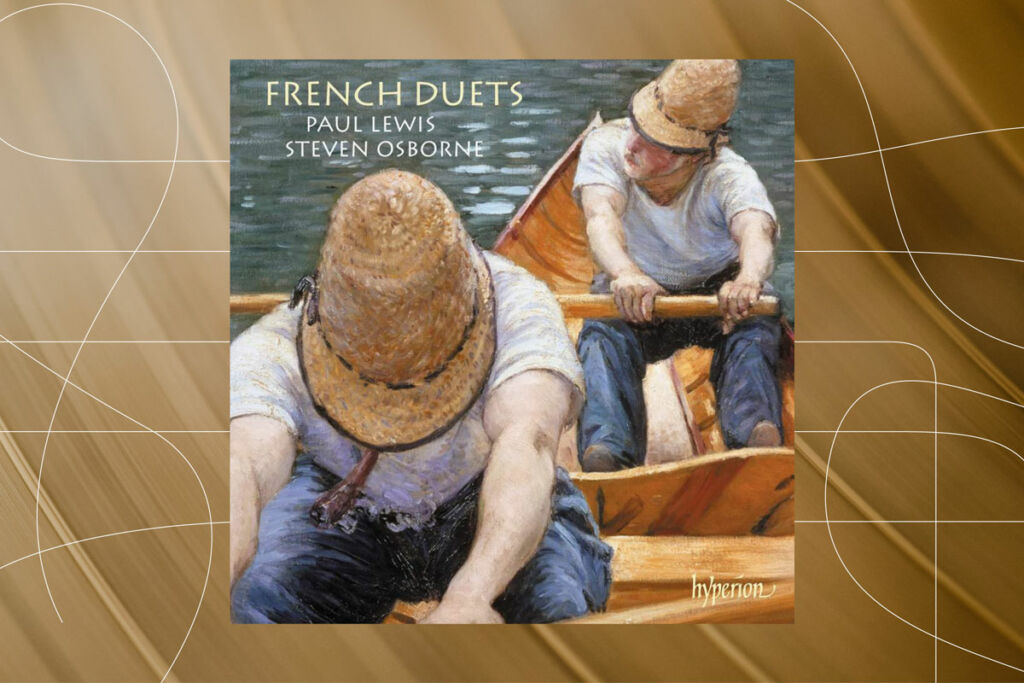 “Two major stars in their own right, they manage to hold their individual egos in check to create a seamless whole,” wrote Steve Moffatt. “It’s impossible to tell who is playing what: music is the master here. And what a delicious assortment! This album is a perfect gift for anyone, young or old.”

Instrumental Recording of the Year 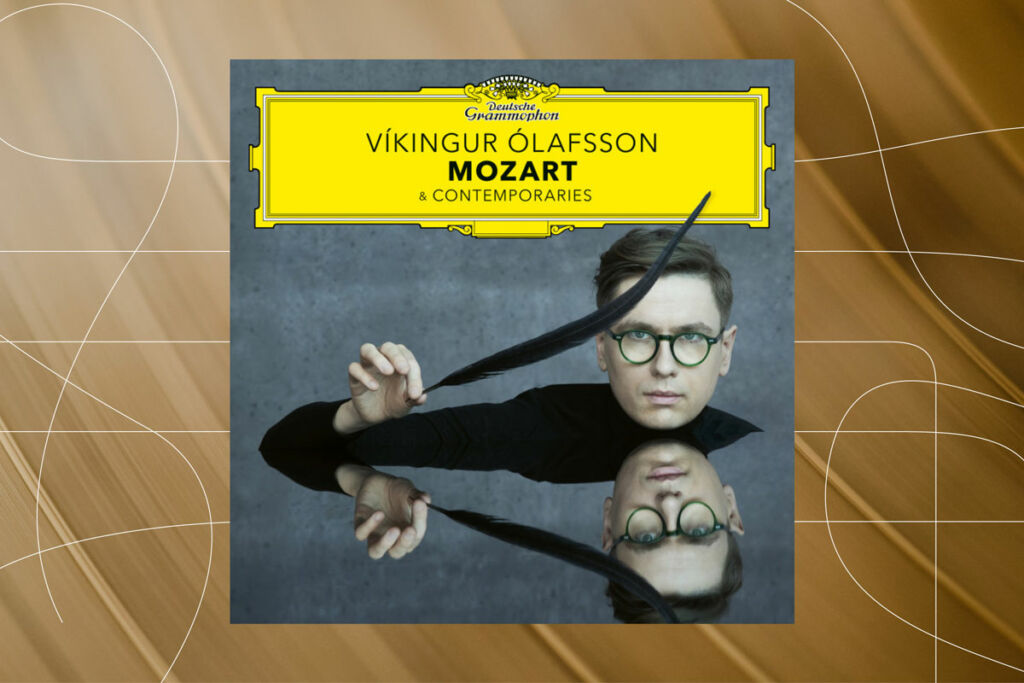 Mozart & Contemporaries from Víkingur Ólafsson is the shimmering follow-up to last year’s award-­winning coupling of Debussy and Rameau (DG 4860525). Rebecca Franks awarded it five stars, declaring, “it bears all the now-­familiar Ólafsson hallmarks: that distinctive sound; those imaginative programming touches; the sense that the music is both timeless and freshly minted.”

“Ólafsson sounds utterly at home and natural in the studio. There’s warmth and clarity in the recording that allows his playing to flourish; the tone is almost plain, yet deceptively so, as the result is beautiful and intimate . . . This unmissable recording ends with Liszt. Mozart’s Ave Verum Corpus is not only transcribed, but transformed and transfigured. This is music that points to the heavens and the stars.”

Vocal Recording of the Year 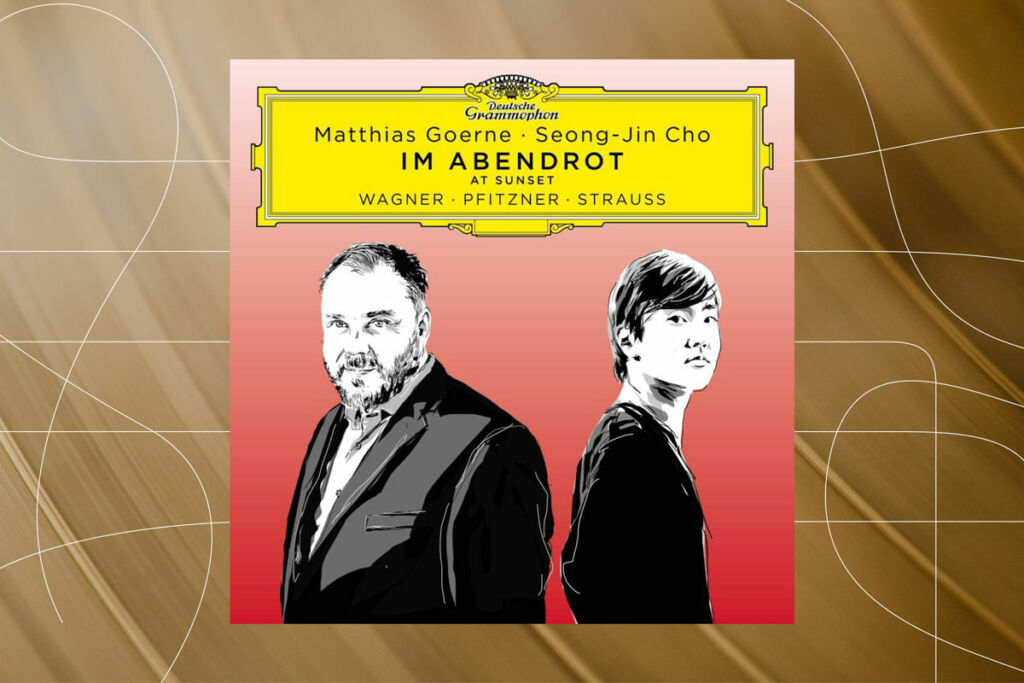 Im Abendrot (At Sunset), the latest recital disc from Matthias Goerne, is a sublime and atmospheric program of nocturnal songs by Wagner, Strauss and the lesser-­known Hans Pftizner (DG 4860274). In his five-­star review, Tony Way praised the German baritone’s Wesendonck Lieder for “resisting the temptation to overplay emotional aspects” and for “always allowing the projection of the text to be his primary objective.”

“Goerne infuses Pfitzner’s Lieder with magnificently multi-­hued vocal colour, empathetically partnered by 27-­year-­old South Korean pianist, Seong-­Jin Cho, who demonstrates a remarkable sensitivity that belies his age . . . This inspired detour off the beaten track is a detour worth taking. Don’t miss this superbly talented singer at the height of his powers.”

Opera Recording of the Year 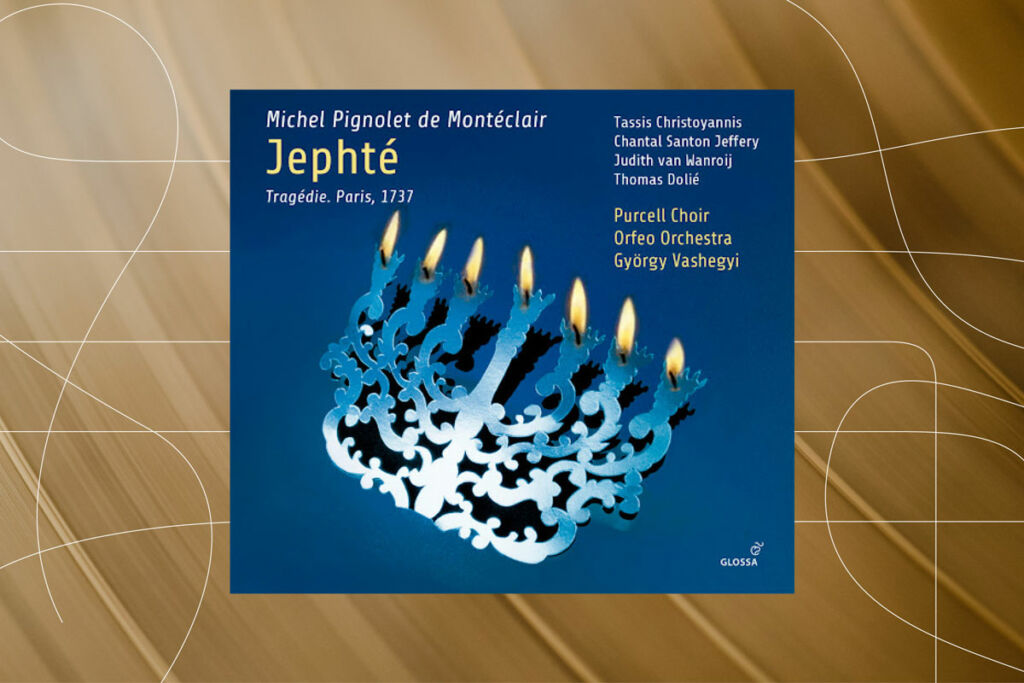 Michel Pignolet de Montéclair’s Jephté is a cracking rediscovery, performed here by Hungary’s Orfeo Orchestra and the Purcell Choir under conductor György Vashegyi (Glossa GCD924008). The opera’s innovations and vivid storytelling reveal Montéclair to be an important link between Lully and Rameau. “Vashegyi offers up an animated, theatrical reading, where tempi are brisk and dances given an electrifying pulse,” said Justine Nguyen. “Greek baritone Tassis Christoyannis brings to life a Jephté at once martial and sensitive, sympathetic in his acts of faith and his moral crises . . . As his daughter Iphise, French soprano Chantal Santon Jeffery brings similar gifts to the table, navigating the difficult vocal writing with ease and panache.”