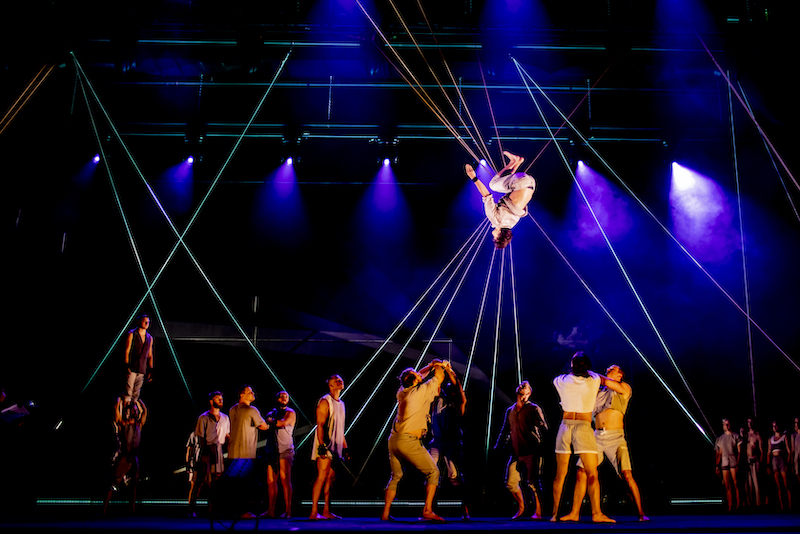 Artistic Director Darcy Grant and the Company Directors of Gravity & Other Myths told Limelight: “We are thrilled that The Pulse and I Want To Touch You have both been recognised alongside such an incredible group of nominees. It’s such an honour to be part of the first International Circus Awards and even to be nominated during such a difficult time for the arts is a real boost of confidence for our company and all of our artists.”

“We have such a hardworking team who have been supporting each other and putting in the hard yards to bring these opportunities to fruition. Being nominated for an award is the perfect way to recognise their effort. The significant credentials of the judging committee is a sign that these awards promise to be an exciting and important event for the global circus community. Congratulations to all the nominees, and to all the hard-working artists in the industry still making things happen despite the challenges. Keep it up.”

Based in Adelaide, Gravity & Other Forces was formed in 2009 by a group of students participating in the Australian CirKidz program. Its first work A Simple Space has been performed more than 850 times across 34 countries and received multiple awards. Its next work Out Of Chaos… premiered at the 2019 Adelaide Festival and received the 2019 Helpmann Award for Best Physical Theatre. The Pulse, which is its most ambitious work to date, features 30 acrobats and 30 choir members.

The International Circus Awards were established to celebrate extraordinary achievements within the global circus community. In July 2021, a committee of more than 30 voting members began adjudicating 60 full-length circus submissions. Fifteen productions from 12 countries have been nominated in ten categories, with Canada looming large.

Circus Days and Nights is a new opera by legendary composer Philip Glass, librettists David Henry Hwang and circus director Tilde Björfors, based on a collection of poems by American poet Robert Lax. It premiered at Malmö Opera in May and has been nominated for four awards.

The winners of the International Circus Awards will be announced in a digital ceremony on 9 October. More information on their website. Gravity & Other Myths will perform a season of I Want To Touch You and A Simple Space at Queens Theatre, Adelaide, 30 September – 10 October.