Belvoir has announced its 2022 season. After releasing short seasons over the past couple of years due to COVID, Artistic Director Eamon Flack says that it has been “magic” to program a full annual program. 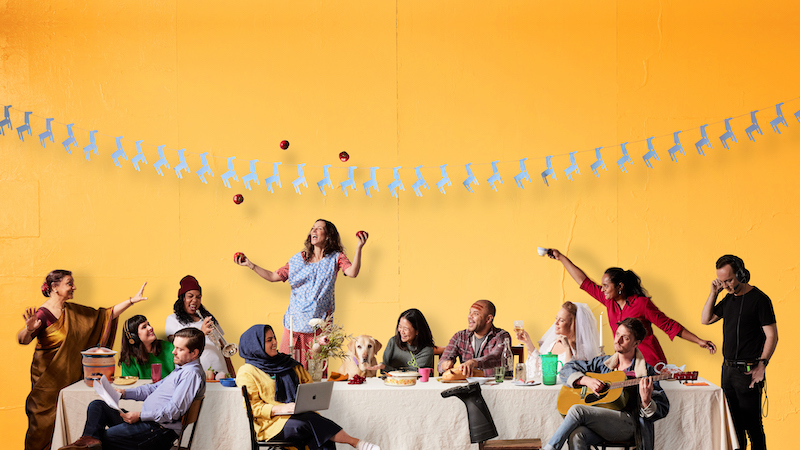 “I think Belvoir makes a lot more sense when it’s a whole annual season of work [and] where every show is just another turn of the page of a book from the last one, and heading towards the next one,” he says. “It’s one of the special things about [Belvoir], where it really does feel like each show is part of an ongoing thing… And I have been missing that, so it was great being able to say, ‘what’s the big story that we can tell across a year?’”

The 2022 season includes some productions that had to be postponed due to the pandemic, alongside a number of new plays including stage adaptations of the film Opening Night, the novel Looking for Alibrandi and Anne Deveson’s 1991 memoir Tell Me I’m Here. Also featured are Nathan Maynard’s At What Cost?, Alana Valentine’s Wayside Bride and The Jungle and the Sea by S. Shakthidharan and Flack.

The season starts in January with Black Brass, performed by Mararo Wangai with composer/musician Mahamudo Selimane. Co-created and directed by Matt Edgerton, Black Brass was a hit at the 2021 Perth Festival. Produced by Performing Lines WA, it is presented in Sydney by Belvoir in association with Sydney Festival.

“We’ve been in contact with Mararo for quite a few years, and we’ve been following that work at a distance,” says Flack. “None of could see it [in Perth], but on the first day of lockdown we had a new producer [Zainab Syed] join the company, who had moved from WA to join Belvoir and she had been the producer on Black Brass.” 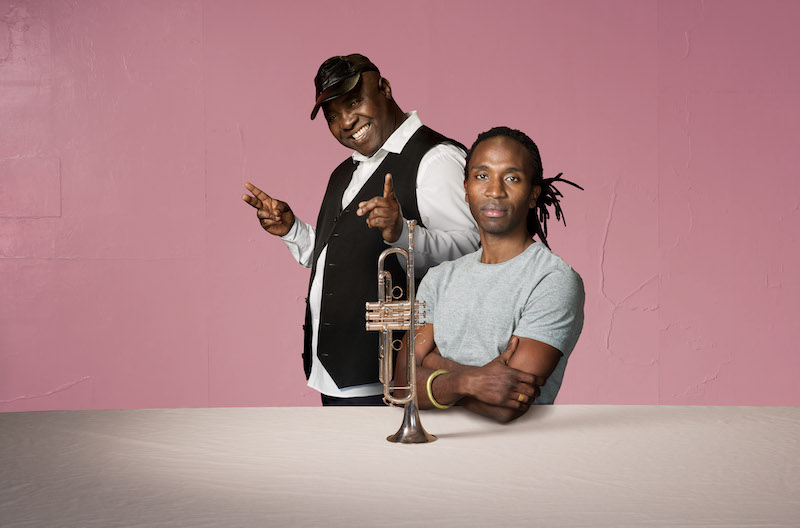 “I had already seen the video at that point and read the script and was pretty certain that it was something we wanted to do. But having Zainab in the company meant that we were able to broker a very beautiful way of inviting that show to Sydney and finding a new way to really work with the African communities in Sydney in order to present that story for them. It’s a beautiful show for anyone, but we like the idea that this is a piece of work, by, with and for the African communities in Australia.”

At What Cost? by Palawa writer Nathan Maynard, the 2019 Balnaves Fellow, was originally scheduled for August/September this year, but had to be put back due to the Sydney lockdown. Set in Tasmania, the main protagonist Boyd has enough on his plate what with his young family and his responsibilities to land and people. But every year more and more people are claiming to be Palawa, folk no one has heard of until now. Are they legit? And who decides? Directed by Isaac Drandic, At What Cost? will be performed by a cast of four including Luke Carroll, Sandy Greenwood and Alex Malone.

A new production of Opening Night, based on John Cassavetes’ cult 1977 film, begins its run at the end of February. A French production of the psychological drama starring Isabelle Adjani was scheduled as one of the centrepieces of the 2020 Sydney Festival but the company pulled out because of the poor air quality due to the bushfires.

Flack says he had actually forgotten about the Sydney Festival production. “Belvoir had owned the rights to it for quite a few years, and we’ve come close to doing it a few times… And then after that really, really fine production Carissa [Licciardello] did of A Room of One’s Own, we wanted her to do something else. She was working on another idea, but COVID just meant that it was too uncertain to get the cast together. So we worked up [Opening Night] over the last couple of months in its place… And I’m really glad. I think it’s great after a period of lockdown to do a piece of theatre set in theatre – a little reminder of the kind of glorious, mad, liberated space the theatre is. You’re really allowed to lose your mind in the theatre.” 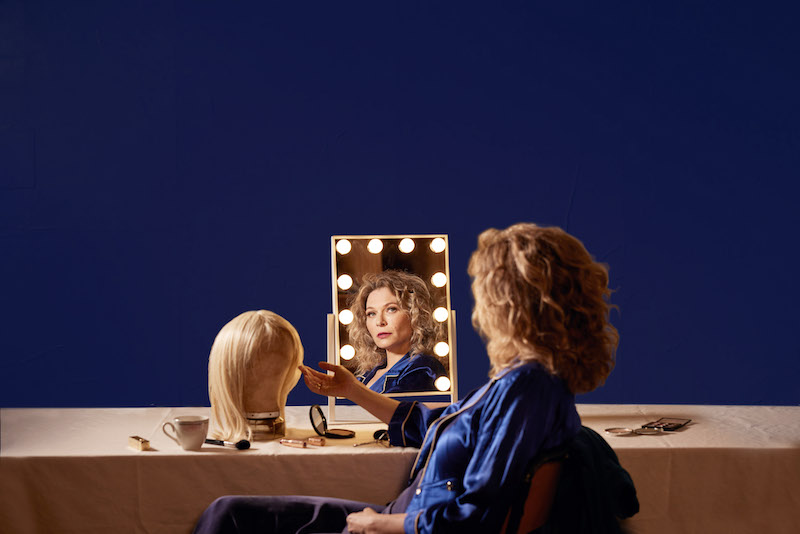 The production is directed and adapted by Licciardello. Leanna Walsmann will play the central role of actor Myrtle Gordon (portrayed by Gena Rowlands in the film), who is suffering a mental breakdown as she prepares for a Broadway opening, having witnessed the accidental death of one of her fans.

“Leanna is one of our great, underestimated actors. I think she’s been on screen so much in the last few years, but she’s a natural stage actor, and she’s hungry for it. And it feels good to introduce a new generation to that role,” says Flack.

In April/May comes the repertory season of Wayside Bride by Alana Valentine and Light Shining in Buckinghamshire by Caryl Churchill. The two plays will be co-directed by Flack and Hannah Goodwin and will be performed on alternating nights by the same ten-strong cast on the same set.

Wayside Bride is set in Sydney’s Kings Cross in the 1970s and tells the story of the Wayside Chapel set up by Reverend Ted Noffs, while Churchill’s 1976 classic Light Shining in Buckinghamshire is set in 1649 during the English Civil War and tells of ordinary people who went into battle for the soul of the nation.

Flack says that the two plays – originally programmed for this October/November for Part Two of the 2021 season – “have very similar fundamental politics and fundamental interests, but one is set in the 17th century in the English civil war and the other is set in 1970s Sydney”.

In June, Belvoir stages the Melbourne Theatre Company production of Sexual Misconduct of the Middle Classes by Canadian writer Hannah Moscovitch, about a student-teacher romance set in the #MeToo era. The two-hander stars Dan Spielman and Izabella Yena and is directed by Petra Kalive. 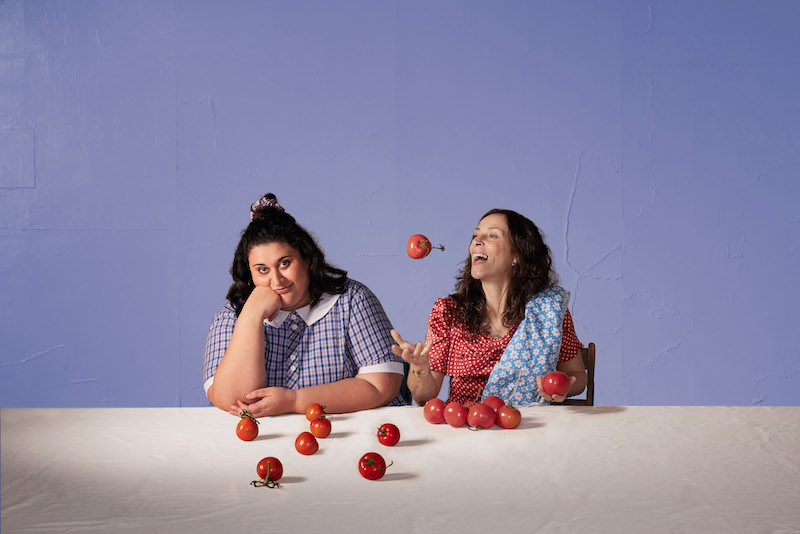 A new adaptation of Anne Deveson’s family memoir Tell Me I’m Here, first published in 1991, premieres in August. Adapted by Veronica Nadine Gleeson, it will be directed by Leticia Cáceres and be performed by a cast including Tom Conroy and Sarah Peirse.

“In the first lockdown that we had last year, it was one of the first play readings we did over Zoom, one of the early drafts of it,” says Flack. “We didn’t commission that, that was something that Letitia and Veronica brought to us; they had gotten it up off the ground themselves, but they wanted it to be for Belvoir. And I read Veronica’s script and agreed with her. Belvoir is a good spot to deal with difficult truths, because it’s such a loving venue. The thing that gets me is that we still don’t know how to talk about mental health in this country. Anne Deveson’s book is a couple of decades old now – she was one of the first to break the taboo and find ways to begin to talk about these things – but we’re still learning to have those conversations.”

Looking for Alibrandi opens in October in a co-production with Malthouse Theatre. Based on the 1992 book by Melina Marchetta, which was made into a film in 2000 starring Pia Miranda, it is a coming-of-age story set in Sydney. Seventeen-year-old Josephine Alibrandi, who comes from an Italian family, is in her final year at school and waiting for her future to begin.

The book has been adapted for the stage by Vidya Rajan and will be directed by Stephen Nicolazzo. The cast of six includes Ashley Lyons, Chanella Macri and Lucia Mastrantone.

“We’ve been working on Looking for Alibrandi for quite a long time,” says Flack. “That was commissioned right as COVID hit. We’ve been hoping to get it into any number of seasons. It’s a migrant Australian story, and it really does have a special place for a lot of first and second-generation migrant Australian kids from all backgrounds, not just Italian. And Stephen Nicolazzo, who’s idea it was, really tapped into that in his thinking about it. The invitation to Vidya Rajan to write the adaption was about making sure that the voice is multi-community, not just Italian, even though it’s an Italian story.” 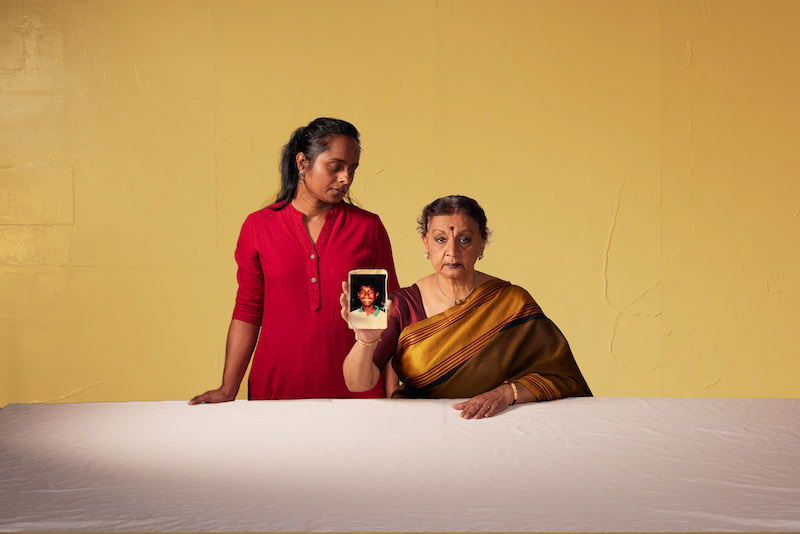 Nadie Kammallaweera and Anandavalli will perform in The Jungle and the Sea. Photo © Daniel Boud

Concluding the season is The Jungle and the Sea from the team that made the award-winning Counting and Cracking, originally scheduled for the 2020 season. Written and directed by S. Shakthidharan and Flack, it takes two pillars of literature, one Eastern and one Western, to tell a contemporary story about the path to reconciliation. Co-produced with Lingalayam Dance Theatre, it features a cast of nine, including Anandavalli, Prakash Belawadi, Nadie Kammallaweera, Jacob Rajan, Kalieswari Srinivasan, Rajan Velu and Viashnavi Suryaprakash.

“We first started talking about that while Counting and Cracking was playing in the Adelaide festival, and then we worked on it fairly quickly because Shakthi was so clear about what show needed to follow Counting and Cracking for the recent history of Sri Lanka,” says Flack. “Of course COVID knocked it off its pedestal, but we were ready to go, it was cast and designed, and fully written. So it was a no-brainer to come back to it as soon as we could.”

Camerata has announced its 2022 season

In 2022, Queensland’s chamber orchestra adds a fourth mainstage concert to its season, and welcomes Lior as its guest for an additional performance at HOTA, Home of the Arts.