Four festive weekends each anchored with marquee shows will connect the 2022 Brisbane Festival, with 20 world premieres as well as more than half of the 500-odd performances offered free of charge.

Making the first of two program announcements about the festival, to be held from 2–24 September, Artistic Director Louise Bezzina said the expected focus on local artists would be augmented by interstate shows and six international works, “a treat” after the border closures of the last two years required programming to consist almost entirely of Queensland performers. 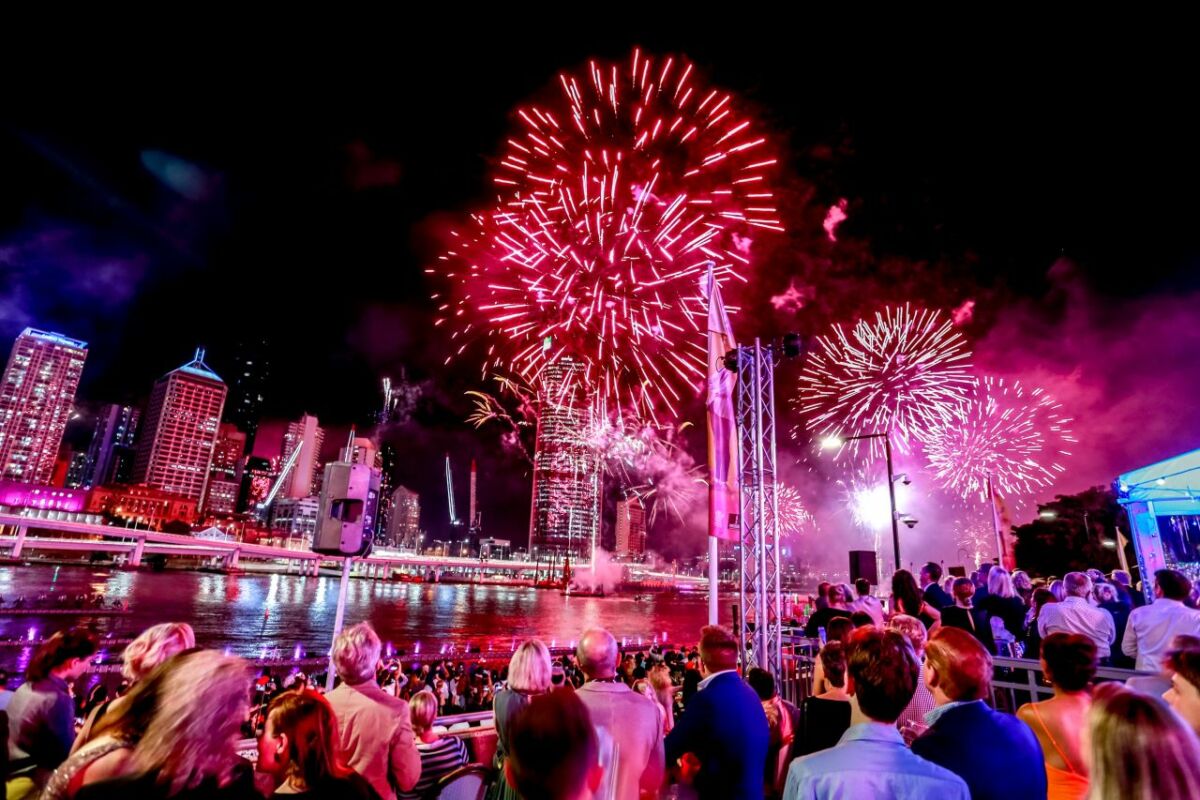 The Art Boat, an old working barge turned into a floating gallery, will again be waterborne along the Maiwar river, the barge this time featuring a new worked called The Spheres, a “celebration of harmony and joy”, by Brisbane-born artist Lindy Lee and an extension of her Moon in a Dew Drop survey at Sydney’s Museum of Contemporary Art Australia in 2020.

Amalgamating sculpture, light and sound, The Spheres, which is the festival’s signature lead project, is a work inspired by the ancient Greek philosopher and mathematician Pythagoras, who “speculated that celestial bodies caused vibrations as they coursed majestically through the heavens”, says Lee.

A performance program has been curated on board the Art Boat, with Queensland’s chamber orchestra Camerata and the Brisbane-based Australasian Dance Collective each performing specially composed new pieces. There will also be a midnight cruise, a “howl to the moon” party with music and other live performances, and a dawn cruise with a health and wellbeing focus.

“There are many reasons this project was conceived in the first place, and that’s because Brisbane is obviously a river city,” says Bezzina. “It’s one of the ways to really herald that the Brisbane Festival is happening.”

Meanwhile Brisbane Serenades, which in its first two years was known as Street Serenades, consisting then of concerts staged in each of 190 Brisbane suburbs, will this year be streamlined into eight “mini festivals” in locations across the city, offering opera, classical, big band, world and dance music, and running for three hours each.

“This year, because we’re obviously in a different world of the pandemic, it’s not as important to keep everybody apart,” says Bezzina, explaining the change from many little concerts to eight much longer ones. “It’s about bringing everybody back together.” 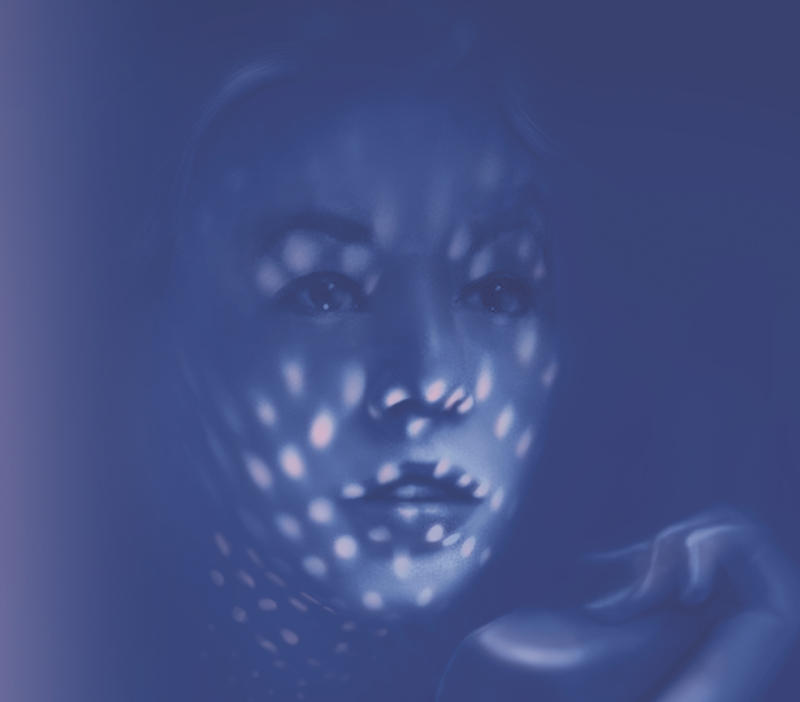 A promotional image for the double-bill featuring The Call and The Human Voice. Image courtesy of Opera Queensland

A premiere one-hour Australian opera with Opera Queensland, The Call, stars Ali McGregor, and tells the true, compassionate story of a woman left with nothing but a phone number. Based on McGregor’s own concept, the work is composed by Connor D’Netto and Kate Miller-Heidke, with a libretto by Miller-Heidke and Keir Nuttall. It will be presented in a double bill with Frances Poulenc’s The Human Voice, starring Alexandra Flood and sung in French.

There will be a Piazza program, mostly consisting of burlesque and circus work, but with some notable exceptions: in one concert, the Orava Quartet will premiere a new work by composer Elena Kats-Chernin.

Born in Tashkent in 1957, which was then part of the Soviet Union and is now the capital of Uzbekistan, Kats-Chernin grew up in Yaroslavl, Russia, and migrated with her family to Australia for a better life at 17. This premiere work focuses on four generations of women in one family, with the main theme based on a traditional Greek folksong; each of the four movements is centred on the grandmother, mother, the work’s commissioner, and her daughter, who subtly returns the folksong with “hope and light”.

In another concert, Katie and Tyrone Noonan will reunite to perform their entire debut george album Polyserena, released in 2002, for the album’s 20th anniversary.

The festival will also premiere Holding Achilles, a new work by Dead Puppet Society – which last year premiered Ishmael – in collaboration with physical theatre makers Legs on the Wall. This is a retelling of Greek tragedy, the “untold love story” between Achilles and Patroclus, combining human performers with puppet creatures.

More than 130 First Nations artists meanwhile have been employed through the festival this year, says Bezzina. 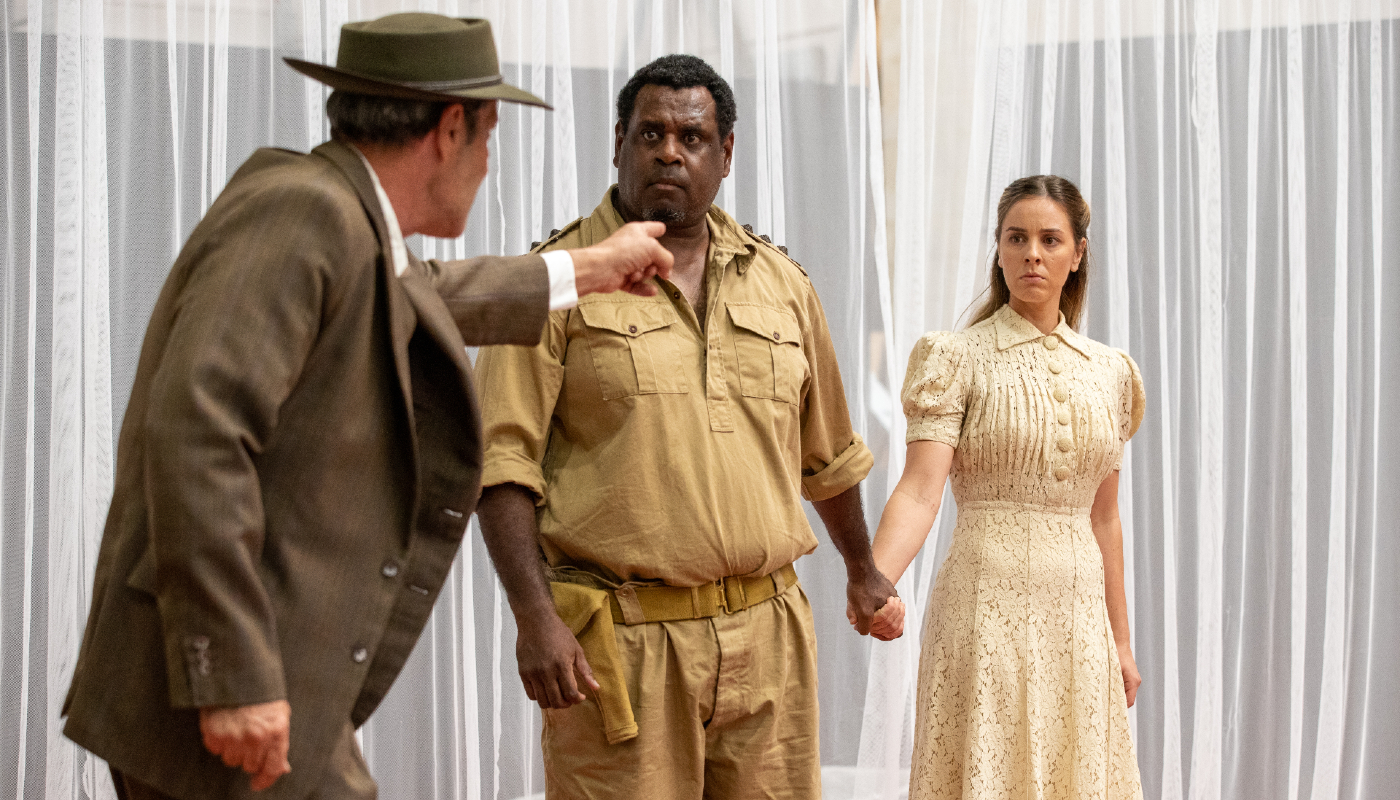 Meanwhile Wiradjuri author Anita Heiss has adapted her novel Tiddas for the stage, to premiere at La Boite Theatre. It is the story of five women – Izzy, Veronica, Xanthe, Nadine and Ellen – who have been friends for decades.

Also adapted for a premiere theatre production is journalist and author Shannon Molloy’s 2020 memoir of growing up gay in central Queensland, Fourteen, with Brisbane theatre company shake & stir. Set in an all-boys Catholic school, the story chronicles the challenging experience of coming out. “It’s extraordinary, the trauma that [Molloy] experienced, but then being able to put it into words and the near tragedy that could have happened, a lot of people will connect with that,” says Bezzina.

A new series, Raise The Roof, will close the festival. Six artists will perform six new commissions on roof tops, each charged with transforming the space into a “theatrical or musical wonderland”.

The Good Room, which last year premiered Let’s Be Friends Furever, will present a show as part of Raise the Roof, as will Brisbane interdisciplinary artist collective Counterpilot, known as “techno troublemakers”, who will take over a French restaurant, providing an immersive tour.

Physical performance collective Briefs Factory are also due to perform a Raise the Roof show, and Brisbane singer Patience Hodgson, formerly of The Grates, will perform at the Emporium Hotel.

“It’s certainly not revolutionary – there’s a lot of rooftop bars popping up in Brisbane, as there are in most major cities,” explains Bezzina, “but what they do provide is another perspective on the world, and the opportunity to look up.”

Disco Wonderland on the river stage at the Queen’s Wharf will be the big closing night concert with the Queensland Symphony Orchestra. Soloists confirmed thus far are Paulini and Ben Mingay.

The rest of the Brisbane Festival program will be announced on 6 July.