The federal House of Representatives Standing Committee on Communications and the Arts has released a National Cultural Plan, acknowledging the enormous economic and cultural benefits of Australia’s arts and entertainment sector, and recommending a series of policy initiatives to support and grow the “post-COVID economy”. 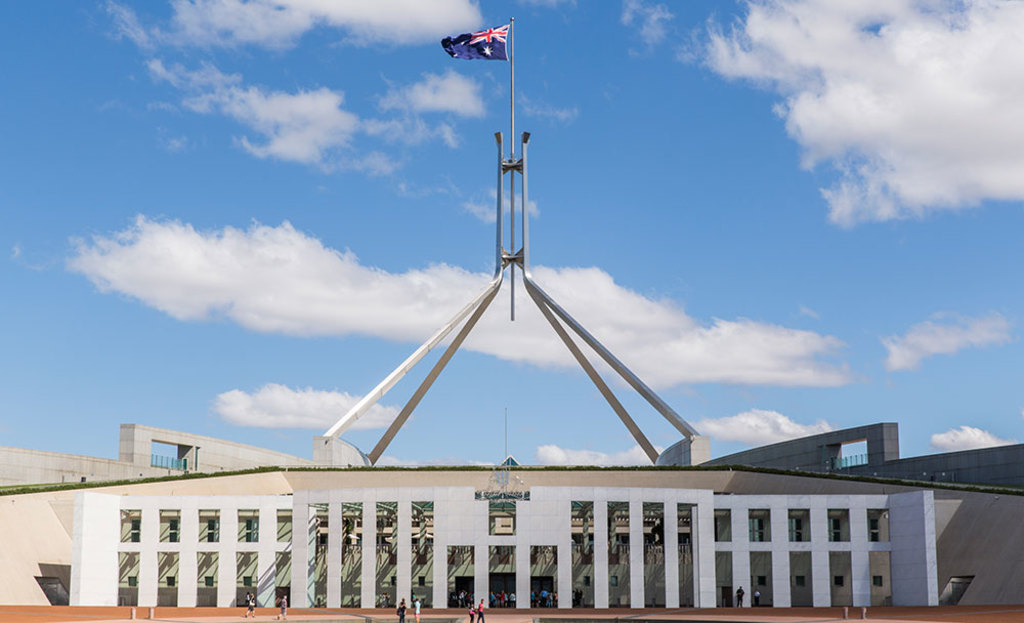 At the same time, demonstrating just how devastating the pandemic has been for the arts, Live Performance Australia (LPA) has released its own report, detailing how $1.4 billion was stripped out of the live entertainment industry in 2020 – a 70 percent decline from 2019.

As the LPA report details, 2018 and 2019 were record years for live entertainment in Australia, making the collapse in 2020 even more stark. According to the report, the number of tickets issued to live performance events fell by 68 percent, and ticket sales revenue fell by 69 percent.

Live Performance Australia’s Chief Executive, Evelyn Richardson, said, “As the largest live entertainment markets in Australia, we need NSW and VIC to perform well for the health of the industry overall – this is particularly important as we emerge from the pandemic and move into the recovery phase.”

However the recovery is likely to be slow, especially given the lack of international touring artists. Contemporary music makes up 60 percent of total industry revenue and 43 percent of attendances, of which a significant amount is driven by festivals and international acts.

Says Richardson, “This sector has been severely impacted by the pandemic over the past 20 months with the Delta variant disrupting the industry’s reactivation plans. Our live music businesses have now lost their small window of opportunity to schedule international artists for concerts and music festivals in the final quarter of this year. These events have now been cancelled or postponed until late 2022/early 2023.”

Those figures in the LPA report make it abundantly clear that the sector needs more help from government, not just to recover from the pandemic but to reverse the damage that has been done from the lack of clear arts policy throughout this government’s time in office.

The parliamentary committee report, chaired by National MP Dr Anne Webster, opens promisingly, with Webster’s foreword beginning, “Australia’s artistic output gives enormous value to our society, enriching our lives and creating an economic boost from domestic and international spending.” The report is also at pains to say how widely it consulted with industry, referencing the more then 5,500 submissions it received, from responses to The State of the Arts online survey, to 351 submissions and 46 exhibits from arts industry bodies, agencies, institutions, academics, think tanks and individuals, and oral submissions given during four public hearings held from November 2020 to February 2021.

Those submissions pointed out what we already know: that almost all Australians are engage with the Arts in some form (98 percent of us, according to independent think tank A New Approach); that the Arts contribute enormously to the Australian economy, especially through cultural tourism (comparable to the education sector, and almost double the contribution of agriculture, fishing and forestry).

But the sector’s impact extends far beyond economics. As the report details, Australia’s cultural and creative industries “provides an unquantifiable cultural and social value to our health and wellbeing, society, education and Australia’s identity in the world”.

Ultimately, the report outlines a series of 22 recommendations to “allow Australia’s creative and cultural industries and institutions to emerge from the COVID-19 public health emergency and allow Australia’s arts to reach new heights.” These include:

However, as worthy as so many of these recommendations are, and as desperately needed as the thousands of submissions make clear, they and indeed the very existence of the committee are undercut by Recommendation 4: “The Committee recommends the title of the Department of Infrastructure, Transport, Regional Development and Communications be amended to include the Arts”, demonstrating just how far we have to go in developing a comprehensive Arts policy.

APRA AMCOS welcomed the recommendation to rename the current department, but went one step further, calling for a standalone Ministry for Culture and the Creative Industries. “A cultural plan must be ambitious so that Australia can reach its full potential as a music nation that can realise the cultural, economic and social benefits of a healthier music industry accessible to all Australians,” said CEO Dean Ormston.

As a number of submissions to the committee made clear, the precariousness of work in the Arts was made worse by the federal government’s responses to COVID, from JobKeeper and JobSeeker excluding freelance creatives, to Centrelink not acknowledging ‘artist’ as a profession. The Media, Entertainment and Arts Alliance (MEAA) estimated that half of its members were unable to access JobKeeper due to eligibility constraints.

Furthermore, much of the emergency funding announced by the government during the pandemic was far less than what the sector had been advocating for, was incredibly slow to be distributed, and predominantly went to a small number of large organisations. As the Stradbroke Chamber Music Festival argued in their submission to the committee:

The federal government has earmarked $70 billion for JobKeeper but financial support for the arts sector remains comparatively small. After months of lobbying, the sector was finally advised of a $250m support package, at the end of June. This “bailout” comprises $75m in a highly competitive grant program, $90m in loans, $50m to Screen Australia, and the remaining dollars go to federal government funded arts organisations (Fletcher, June 25, 2020). This is at odds with the Australia Institute’s call for a $750 million rescue package for the arts industry (Farr 2020) in April. It is also unclear how, or whether, any of the funds will trickle down to the individuals who make art, perform the art, and live by the art.

In addition to the specific issues with pandemic relief, the committee report also showed that federal funding for the Arts has been decreasing over the life of this government. In the report’s own words, “when considering the per capita public expenditure on arts and culture as a proportion of GDP, Australia is below the Organisation for Economic Co-Operation and Development (OECD) average, and has fallen by 4.9 percent from 2007-08 to 2017-18.”

Despite these shortcomings, responses to the report have been broadly enthusiastic. “We commend this Inquiry and the more than 5,000 responses the Committee received from our industry via the survey or in written submission form as well as the comprehensive contributions made by many of our colleagues at the public hearings throughout the year,” said Penelope Benton and Mimi Crowe, Co-Directors of the National Association for the Visual Arts (NAVA).

“This report demonstrates the Committee’s understanding of the value of arts education, local content quotas, economic empowerment, business and financial management development investment, building a professional industry, and the dire need for comprehensive data collection through the Australian Bureau of Statistics.”

“APRA AMCOS welcomes the recommendation to develop a national cultural plan and calls on the Australian Government to ensure the development of a plan must be matched by serious investment and a whole of government approach to the sector,” said Ormston.

“COVID-19 has been devastating for Australia’s music industry with thousands remaining out of work as artists, industry workers and music businesses wait for borders to reopen and venues, events and festivals to restart with confidence and operate at capacity.

“Despite this, the pandemic has brought a once-in-a-generation opportunity to ‘build back better’ Australia’s music industry and ensure it is sustainable, accessible and a flagship of national pride.”

The committee’s final recommendation is that the relevant Commonwealth minister(s) report on the progress of the Committee’s recommendations by December 2022. With a federal election due before then, it is unsurprising to see that arts and cultural organisations are in a constructive mood, and are aiming to keep the conversation open. Many in the sector will be hoping that, no matter the outcome of the election, the next government will enthusiastically embrace the recommendations of this report.

We wait with bated breath.

With live music operating at under four percent of pre-COVID levels, more than 3,500 music industry artists, workers, venues and businesses have signed an Open Letter to the Australian Government calling for JobKeeper to be extended.

The MEAA has said the redundancies “will reduce the company to a shell”.

The Media, Entertainment & Arts Alliance has accused the company of “acting unconscionably”, but Opera Australia claims that there are inaccuracies in the union's public statement.

The company has told staff that it is selling its Alexandria warehouse and undertaking an organisational restructure, which will include redundancies.

The SSO and employees sign up to new workplace arrangements

In response to COVID-19, the musicians, administrative staff and leadership team have agreed on reduced hours and salaries until the end of 2021.

While 83 percent support funding for orchestras, 80 percent admit they haven't attended a live classical concert in the past year.

The party has announced a comprehensive new music policy that it will implement if elected next year.

The union will work to effect change after its research found alarming levels of bullying in Australian opera and sexual harassment in theatre.

Australian orchestras respond to sexual harassment in the arts

With the MEAA conducting a survey into sexual harassment in Australian theatre, Limelight asked the orchestras about the issue.

Dancers and Equity will meet with AB management today in a final bid to reach an agreement reports the MEAA.